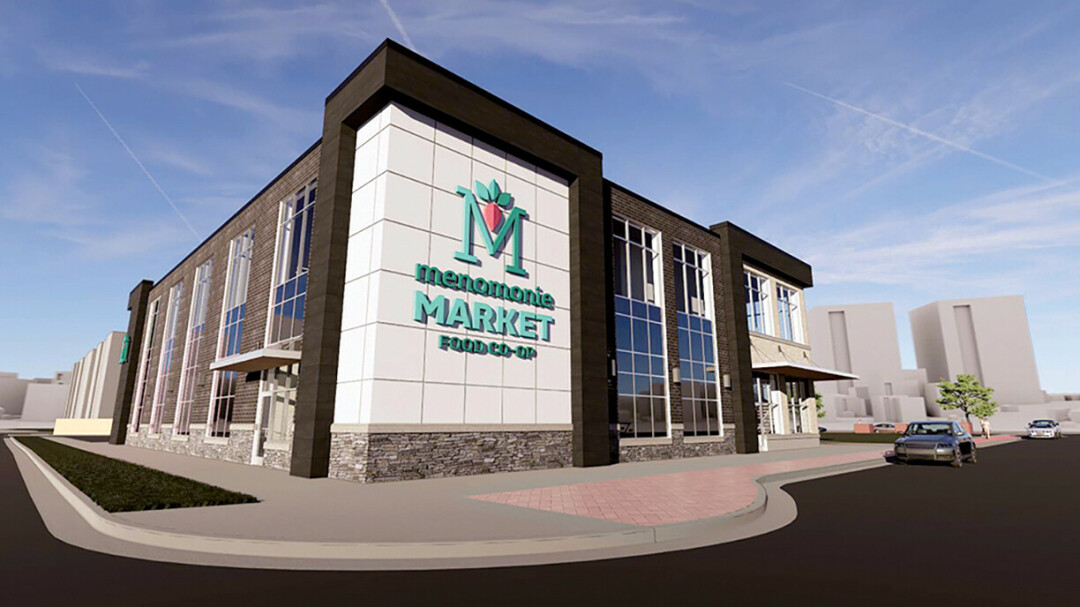 TO MARKET, TO MARKET. An artist’s rendering of the future Menomonie Market Food Co-op in Eau Claire. (Submitted image)

Things will soon be looking up – literally – for the long sought-after redevelopment of downtown Eau Claire’s Block 7. But in the meantime, there’s a lot of earth to be moved, concrete to be poured, and steel to be welded – not to mention parking to be relocated.

Ground was officially broken on Oct. 12 for the new, much larger home of Eau Claire’s Menomonie Market Food Co-op. The downtown grocery, which a merger last year was known as Just Local Foods, had long eyed a spot to expand, and in May finally struck a development agreement with the City of Eau Claire to build a 14,000-square-foot store on the site, which for nearly a decade has been a humble and temporary parking lot.

The two-story building, which the co-op hopes to open by late next year, will replace the existing location at 1117 S. Farwell St., which is only about 1,200 square feet. The new location promises to have many new product offerings – including more fresh meat, and expanded dairy and refrigerated section, and a bigger deli – as well as self-checkouts, indoor seating to allow patrons to eat deli meals on site, and even an indoor/outdoor rooftop event space that can be used for meetings and classes. 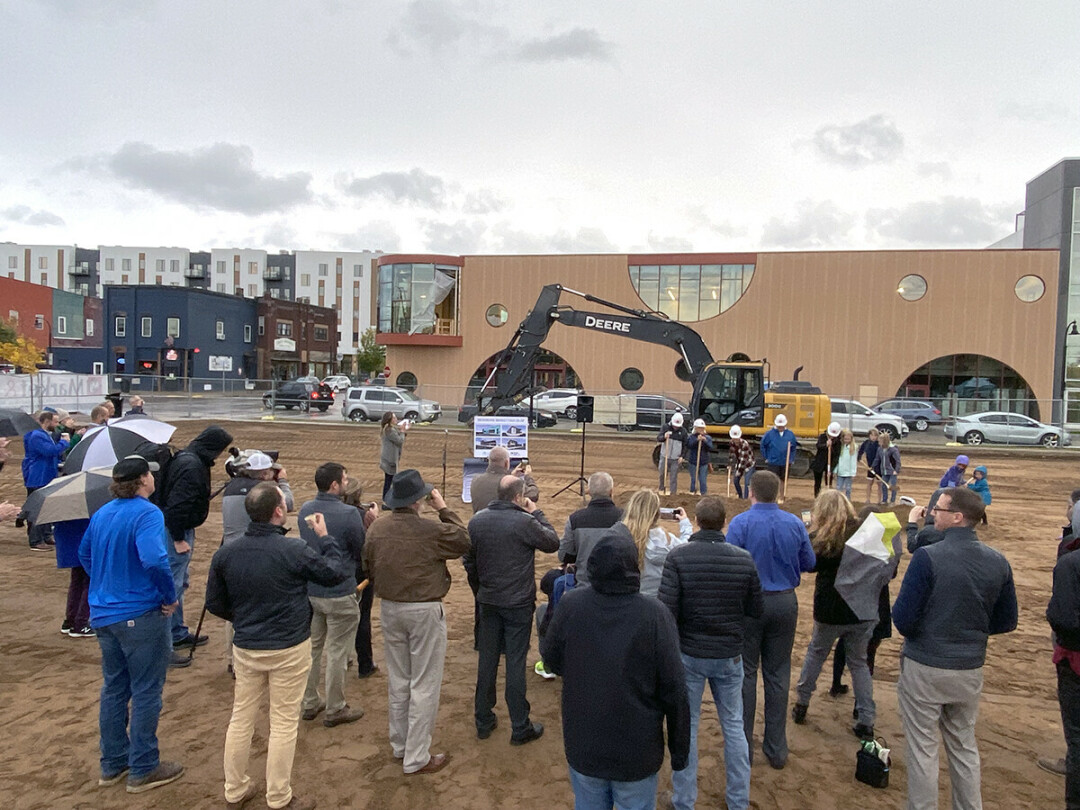 The Oct. 12 groundbreaking for the new Menomonie Market Food Co-op in Eau Claire. The soon-to-open Children's Museum of Eau Claire is in the background. (Photo by Nick Meyer)

Becca Schoenborn, the co-op’s outreach and education coordinator, said that after such a long effort to build a new Eau Claire store the groundbreaking was “kind of surreal.”

“The energy of the groundbreaking was really exciting,” she said. “Customers are really excite to have the store downtown. We are very excited to have the building being started.”

In addition to continuing to support the co-op – and its many local local vendors and producers – the best way that customers can boost the project is by buying shares, Schoenborn said. The co-op is well on its way toward its goal of raising $2 million this way, she said, but shares are still available.

A few days before the groundbreaking, the co-op officially close on the purchase of the property at the corner of Barstow and Galloway streets. ““It is all ours, and by ‘ours,’ we mean it belongs to almost 5,000 families all over the Chippewa Valley,” Halvorson said. “Now we will watch this parcel be transformed over the next year, to become a beacon for the cooperative, regenerative economy, and vibrant local food systems.” 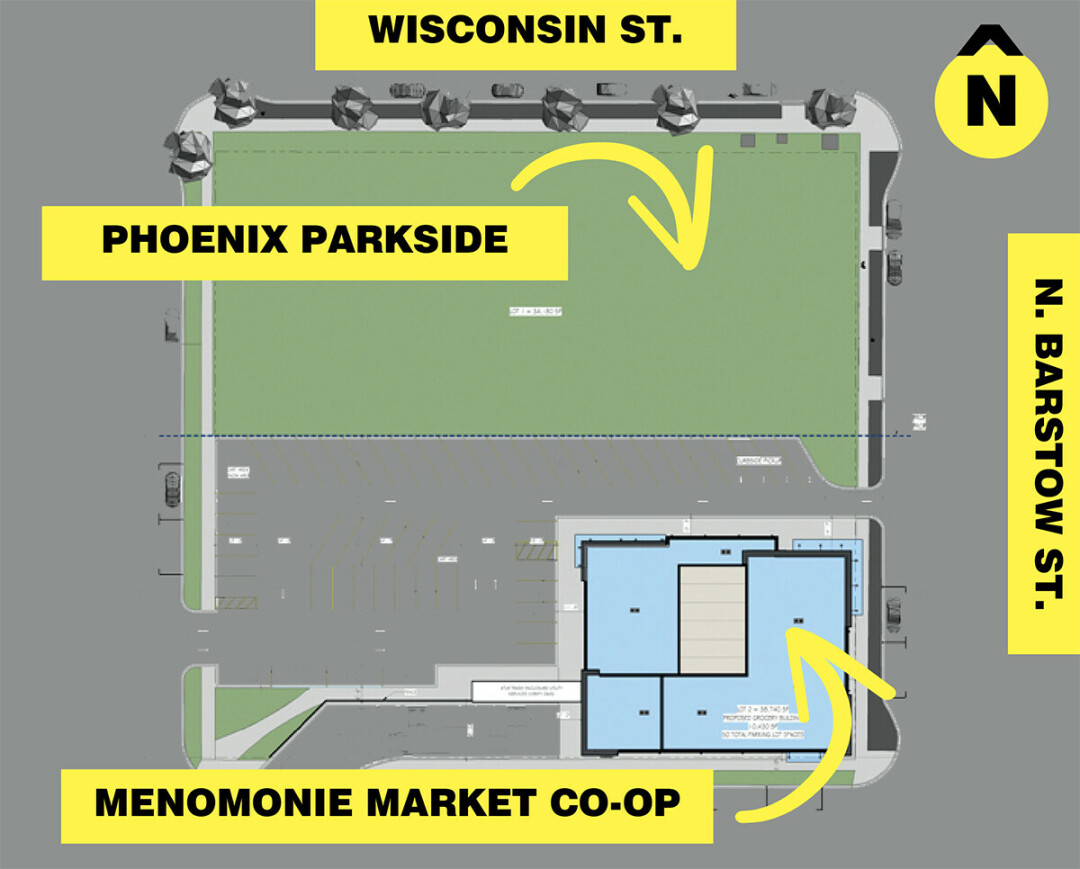 The new grocery co-op is only one of the projects taking place on the formerly city-owned plot. The other is a mixed-used building being undertaken by developer Geoff Moeding, who was involved in some of the very first buildings in the redevelopment area. In early October, the city’s Plan Commission approved the site plan for what is known as Phoenix Parkside II, a five-story building on the north side of Block 7 along Wisconsin Street. According to the city, the building will include 111 residential units (including 86 one-bedroom apartments and 25 two-bedroom apartments), two levels of parking, and several commercial units facing Barstow Street. Work on that project is expected to begin next spring.