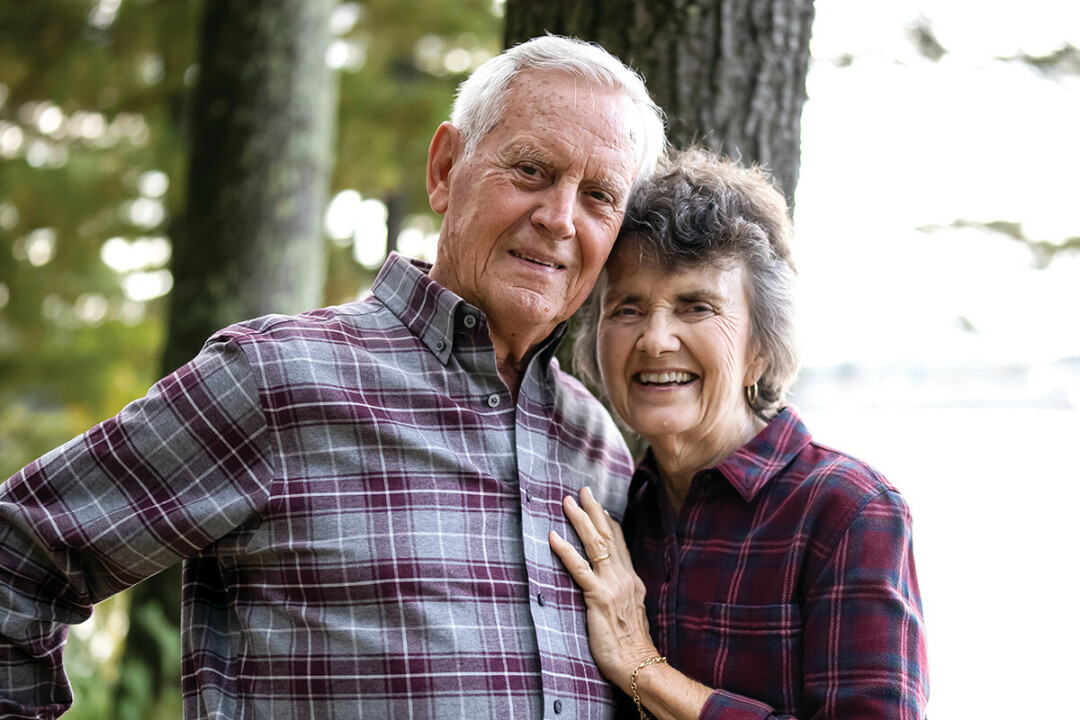 Two years of difficult, unwavering symptoms proved to be a struggle for Dorothy Sorlie of Eau Claire. For a while, nobody seemed to understand what was going on during one of the most difficult chapters in her life.

Dorothy experienced dementia which conflicted with her love of literature; an abnormal gait, which caused her to shuffle; and a severe lack of balance that caused her to fall when spending time in the kitchen. Her husband, Jim Urness, had to learn to be a care provider for his wife, following a day-to-day routine of helping Dorothy at every occasion and providing unwavering support in her journey towards a proper diagnosis and treatment.

Despite the constant struggle and mystery of all that transpired, Dorothy and Jim’s primary care doctor did not give up on her. Ultimately, a CT scan identified a build-up of fluid within her brain cavities.

One important thing I tell people is that 50 percent of recovery is up to you.

Since then, Dorothy Sorlie has been an advocate for the awareness of normal pressure hydrocephalus (NPH), a condition in which cerebrospinal fluid builds up abnormally in the brain. Before retirement, she was an English teacher at Chippewa Valley Technical College, a background which has helped her in her new pursuit of educating both people afflicted with this illness and those who do not know of the relatively rare disorder.

Furthermore, Dorothy has advocated for awareness about this condition so much that a letter to Gov. Tony Evers led him to declare the past two Septembers as Hydrocephalus Awareness Month. As someone whose life has forever changed due to her diagnosis of NPH, bringing awareness is an important goal of Dorothy’s. However, she emphasizes that the significance of NPH awareness is not just about her  story: Rather, she wants to start talking about the 1 million Americans who are affected by this life-threatening condition.

While the illness is widely unknown, nearly 700,000 older Americans are believed to have NPH, but they are often misdiagnosed with other conditions, such as Alzheimer’s, Parkinson’s disease, or dementia. With correct diagnoses, these patients are capable of making full recoveries. “One important thing I tell people is that 50 percent of recovery is up to you,” Dorothy says.

For more information on hydrocephalus, seek out organizations like the nonprofit Hydrocephalus Association who both spread awareness and aid families impacted by this condition. Since 2009, the HA have invested more than $12 million in research while also receiving $35 million from grantees to continue research on treatments.

Since receiving treatment, Dorothy has been able to resume her passion of swimming which started at a young age on the Chippewa River. She hopes that others afflicted with NPH can receive proper diagnoses and work towards a full recovery.