COLUMN: Welcome to The Joynt

people know of the Eau Claire tavern’s legacy, but do they know everything?

Last month our small writers’ group gathered at the Joynt, seated at the table to the right just inside the front door. As we caught up over our first beers, I mentioned we occupied “The Blue Room” to which I received some curious looks.

I understood. They are all much younger than I am. They certainly weren’t sitting at this table in the ’70s when a Point Beer neon sign hanging in that window gave everything in the corner a distinct blue cast. We christened it “The Blue Room.” The sign is gone, but the name remains part of Joynt lore.

It’s not a criticism, but many patrons never seem to consider how a culture they enjoy and the environment it inhabits evolved in unison over more than 50 years. As owner Bill Nolte says, almost nothing in the tavern is there by accident.

Consider the rows of postcards displayed on the wall. Its origin story goes back to the early ’70s and the first few months of Nolte’s tenure. He was in Ann Arbor, Mich., and had some time to kill so he found himself in a bar and thought he would write a note to a friend. But he knew if he scribbled something on the back of a napkin or coaster, he’d forget about it.

Returning to the Joynt, he commissioned custom postcards and bought stamps and a mailbox. And when those postcards went out, people began sending postcards of their own back to the Joynt, mailed from Mount Rushmore to Rome and points between. Postcards accumulated in numbers that eventually required a display.

To this day patrons buy stamped cards, write and mail them right at the bar. And the tavern still receives three or four reciprocal cards each week, and they are all hung from the wall, joining those received decades ago.

As owner Bill Nolte says, almost nothing in the tavern is there by accident. 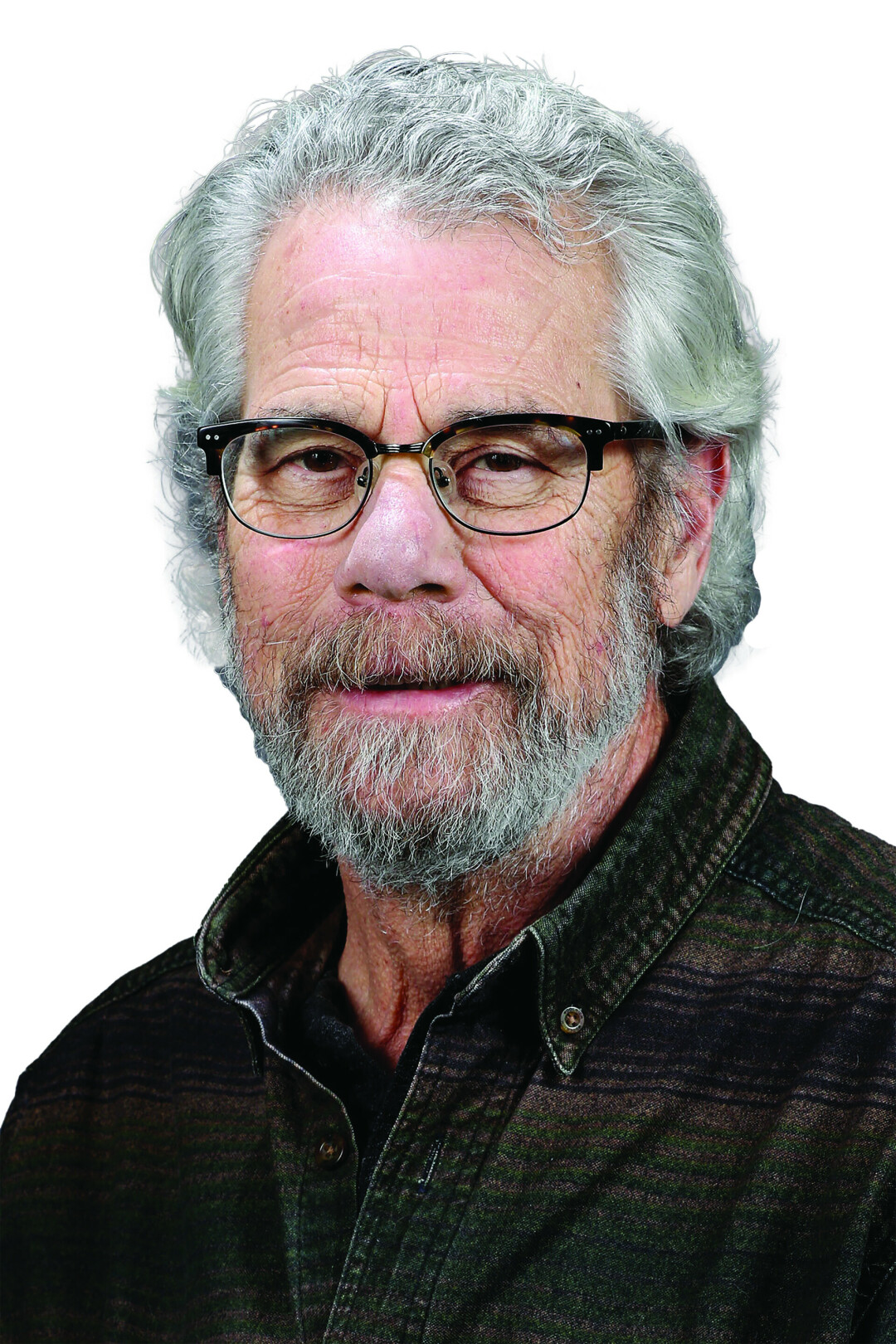 From 1974 to 1989 the Joynt hosted concerts by some of the legends of jazz, blues, and folk. After each concert, Nolte had a large portrait of the musician framed and hung from the walls. Knowing this, you might wonder when Leonard Nimoy  (Spock of Star Trek fame) appeared at the Joynt since his photo appears right up there next to Mercer Ellington.

That’s actually Mary Travers of Peter, Paul, and Mary behind a Leonard Nimoy mask. Mary Travers played the Joynt on April 22, 1982, and by all accounts (including my own, since I was there), she put on a good show.

But hackles rose as she chatted with the audience. She badmouthed the Joynt itself. She said she’d played halls before but never a hallway, and she felt as if she took a step back, she’d be in the toilet.

One of her people later offered that Mary was a bit off because she was on a diet. But there was no mollifying the people who took pride in creating a respectful and storied concert venue, including bartender and artist Jack Hall, who days after Mary’s poster went up took a razor blade to the magazine cover, climbed a stepladder, and superseded Mary with Leonard. He’s been there ever since. 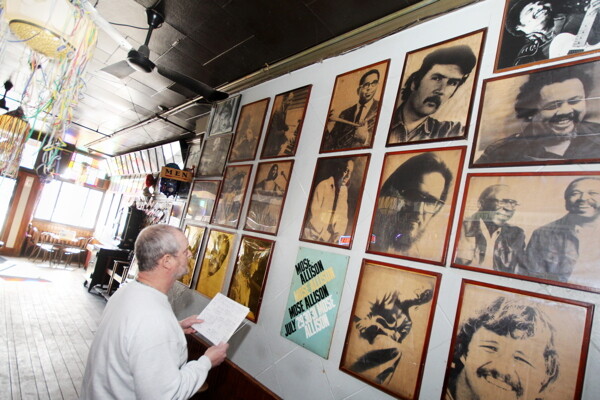 THEY ALL PLAYED IN THIS JOYNT. The tavern's walls include photos of the musicians who played there in the 1970s and '80s. (Photo by Andrea Paulseth)

Nearly everything in the Joynt has a backstory or at the very least a specific reason for being. That rock sitting atop the jukebox? A vandal once pitched it through one of the tavern’s large plate glass windows, an event which led to the installation of the windows of today that can be opened, connecting the inside and outside worlds.

The crowded bookshelf above the coat racks? Reference material for settling debates in pre-Google times. The portrait of the elderly woman in the center of the back bar? Clara Slick, Bill’s grandmother, has held a place of honor at the Joynt since 1971 when she helped with the collateral needed for the initial purchase.

None of this implies the Joynt is the Louvre of Chippewa Valley Saloons. As Nolte will tell you, the Joynt is just a tavern. But it’s one he’s curated to his vision of what a tavern should be. Sometimes the forest is better understood by knowing more about the trees.