the new bar sticks to a horror theme, sure to draw in lovers of all things spooky

FRIGHTENINGLY GOOD. WichCraft, a new alt bar opening up in the Valley, is going to serve year-round spooks. (Contributed photos)

At the new horror-themed alternative bar WichCraft, the atmosphere, menu, and drinks are all to die for. If you're interested in going out with friends or just want to have a fun night out in general, but with a spooky twist, Cory Crowell and his crew are opening up the perfect spot for you.

WichCraft plays on the themes of horror, most of the sandwiches and cocktails at the bar staying true to the genre's familiar tropes. "With the exception of GI, there's not many alternative bars in Eau Claire," Crowell said. For Crowell, Justin Allen, and Brian Moskiewicz, their journey to opening the new biz has not been without its bumps along the way. After facing those obstacles head-on, WichCraft is set to open early October. 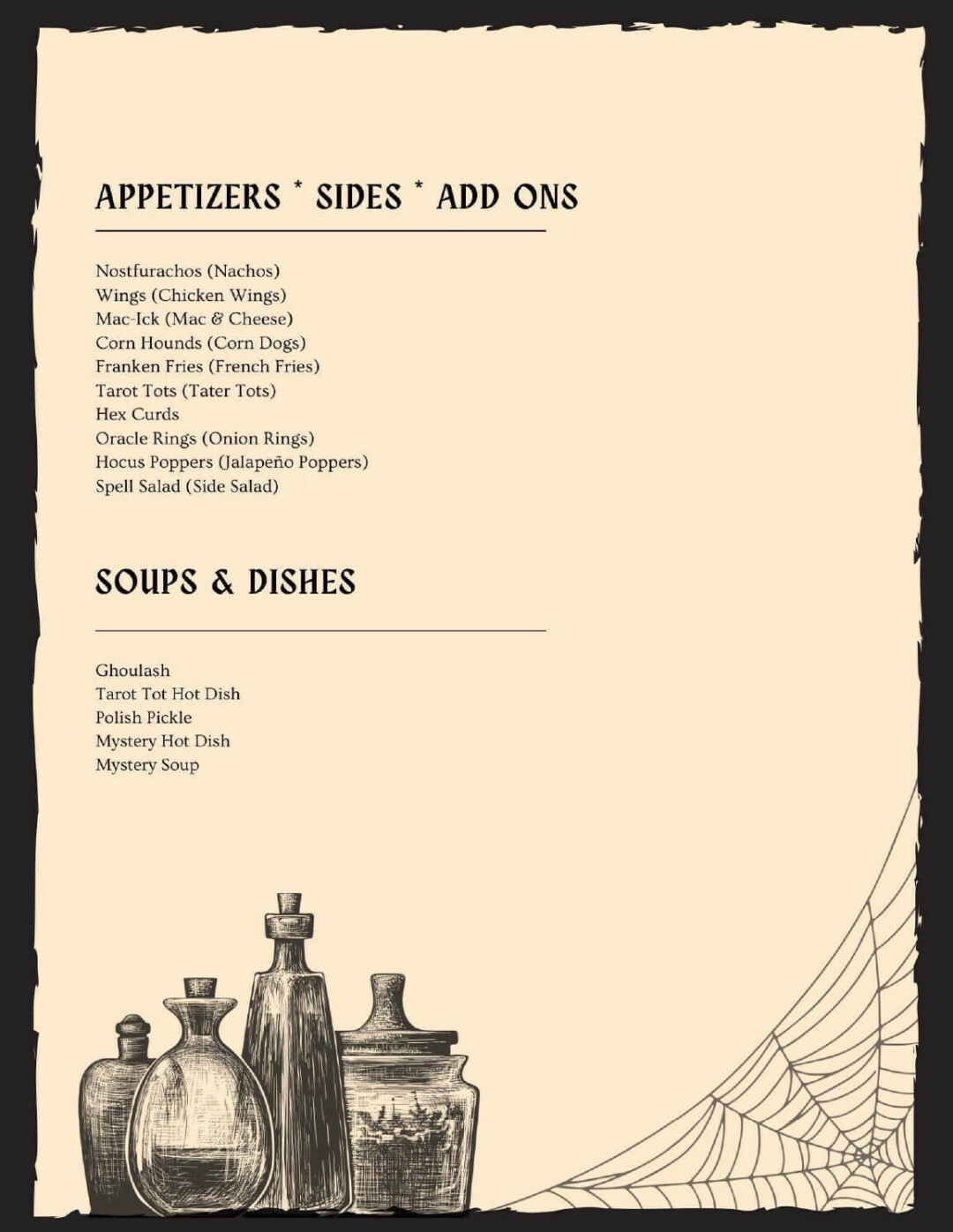 Sneak peek at the menu.

Moskieweicz has restaurant experience thanks to his local biz, Red Coal BBQ, and has been helping add a smoky kick to WichCraft's signature sandwiches (Crowell recommending "The Voodoo" sandwich). Crowell, too, has 15 years of bar experience under his belt. WichCraft plans to act as a bar, restaurant, and venue for events and parties.

Crowell mentioned potentially planning four Halloween parties throughout the year, not just in October, alongside potential concerts with local artists. There will also be food challenges and waivers for those daring enough to take on the challenge!

WichCraft is located between Savers and Famous Dave's at 2839 Mall Drive in Eau Claire.