The RDA is running out of land to develop downtown. Here’s where it could turn next 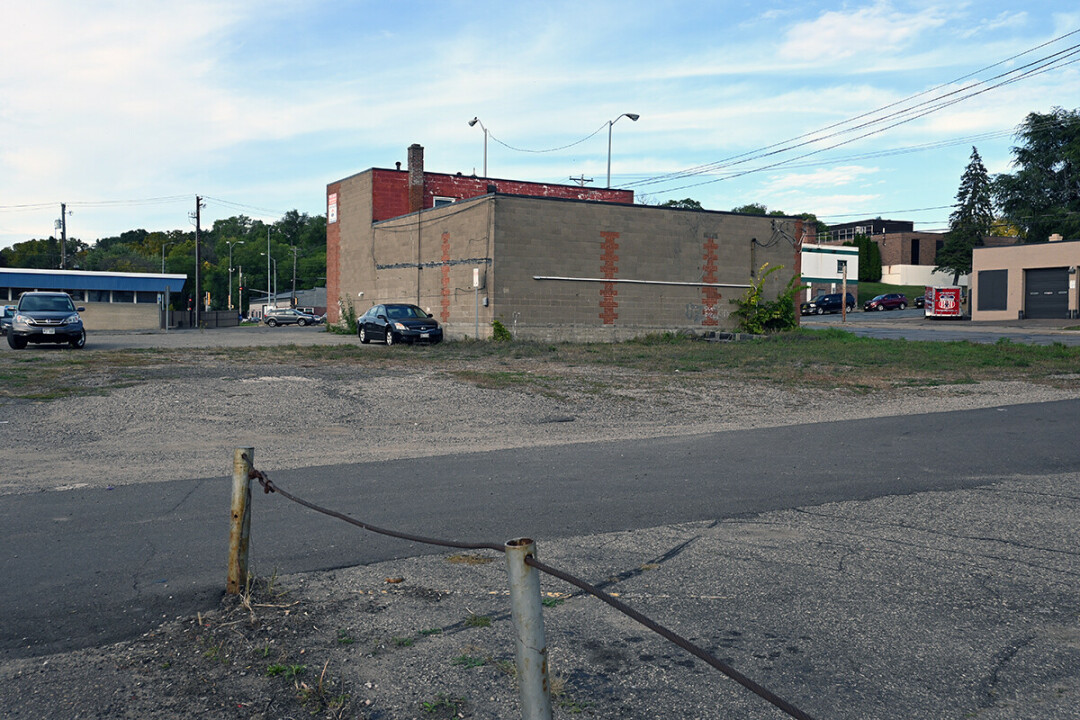 NEW TERRITORY? The Eau Claire Redevelopment Authority is considering expanding the North Barstow Redevelopment District. One area that could be added is this block, between Galloway and Wisconsin streets, which is composed partly of underused parking lots and several vacant buildings.

Twenty years after it was established by the City of Eau Claire, the North Barstow Redevelopment District has almost fulfilled its mission.

In fact, in the coming days the city officials expect to close on the sales of the last two pieces of land in the district available for redevelopment: the area known as Block 7, at the corner of North Barstow and Galloway streets, and a small lot one block south, next to the new Children’s Museum of Eau Claire.

Likewise, almost all available properties are spoken for on the other side of the Chippewa River in the Cannery District, with a number of residential and commercial projects in the works there.

These factors have left the city’s Redevelopment Authority with little property to market for redevelopment.

“For all intents and purposes the RDA is out of land to develop, so it’s time to look for new areas to focus,” said Aaron White, the city’s economic development manager.

As a result, city officials are now exploring which additional parts of the city – downtown and beyond – might be ripe for redevelopment.

For all intents and purposes the RDA is out of land to develop, so it’s time to look for new areas to focus.

Specifically, at a recent meeting of the RDA board, White and board members discussed the possible expansion of the North Barstow Redevelopment District in several directions, encompassing areas that might meet the criteria for redevelopment, such as having blighted properties, demonstrating poor planning, or suffering from high crime.

White stressed that such discussions are in the very earliest stages, and expanding the North Barstow district’s boundaries – or creating a new redevelopment district – would require discussion, outreach, and ultimately approval from both the RDA and the City Council.

“The discussion we had at the last meeting was really the first step,” White said. 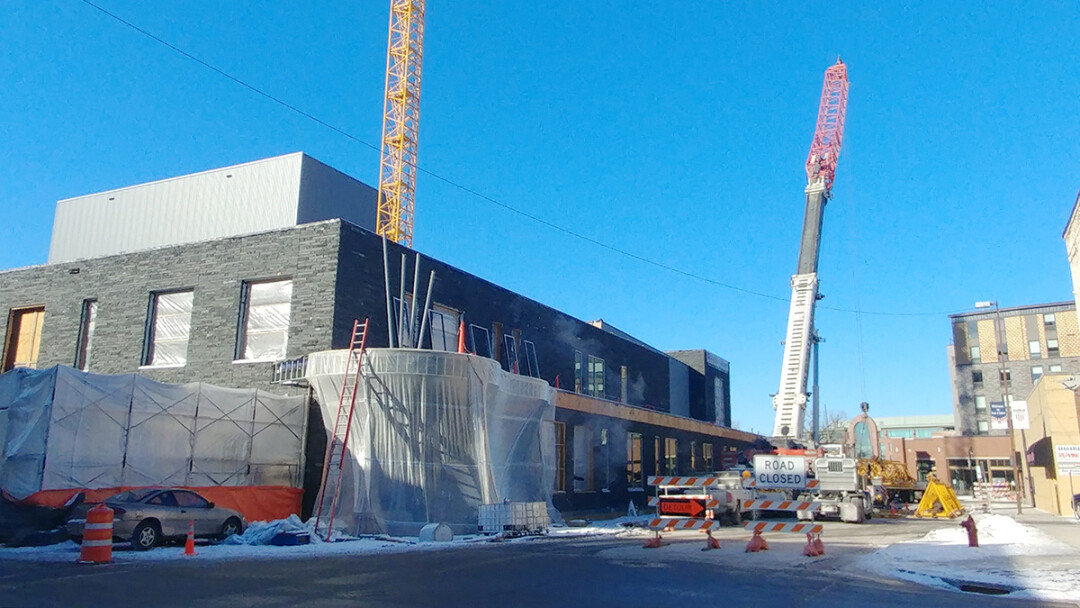 The Pablo Center at the Confluence, shown here while under construction in early 2018, is one of the primary examples of Eau Claire's downtown redevelopment. (Staff file photo)

At the Sept. 21 meeting, the two potential expansion areas were these:

The block between North Farwell and North Barstow streets just south of Wisconsin Avenue, as well as roughly half of the block just north of this on the other side of Wisconsin Avenue. This area encompasses numerous businesses (including Thai Orchid, Jimmy John’s, Raggedy Man, and Apex Dental Lab), several nonprofit offices (including Big Brother Big Sisters and Western Dairyland), as well as several largely unused parking lots.

A roughly nine-block area north of Madison Street bordered by Forest Street on the west, Huyssen Street on the north, and the Union Pacific Railroad tracks on the east (except for two blocks just north of East Madison Street, which include Stella Blues, the Wigwam, and several other businesses).

The latter area is largely residential, which poses potential challenges. While much of the housing doesn’t conform to modern planning guidelines, in the past the city has focused mainly on redeveloping commercial areas, not residential ones.

White added that the RDA doesn’t necessary have to look downtown: It could identify other blighted areas of the city to focus on – for example, commercial areas along Clairemont Avenue.

Ultimately, White said, the RDA board will determine which areas to consider, start working on a plan, and begin to reach out to property owners and tenants. If a building with tenants is ultimately eyed for redevelopment, state law requires the tenants’ relocation costs to be paid, White said.

However, he emphasized that redeveloping an area doesn’t always mean razing every existing building and starting from scratch — although that was the approach in most of the North Barstow district.

“It doesn’t mean that we’re going to clear every building there,” he said. “What we look for is areas in the district that are underutilized or poorly utilized.” As examples, he points to the little used gravel parking lots along Wisconsin Street, as well as several vacant buildings in the area. Sometimes, rehabilitating a few key properties can kick start the rehabilitation of a whole neighborhood, he said.