trailhead restrooms closed for rest of season because of damage 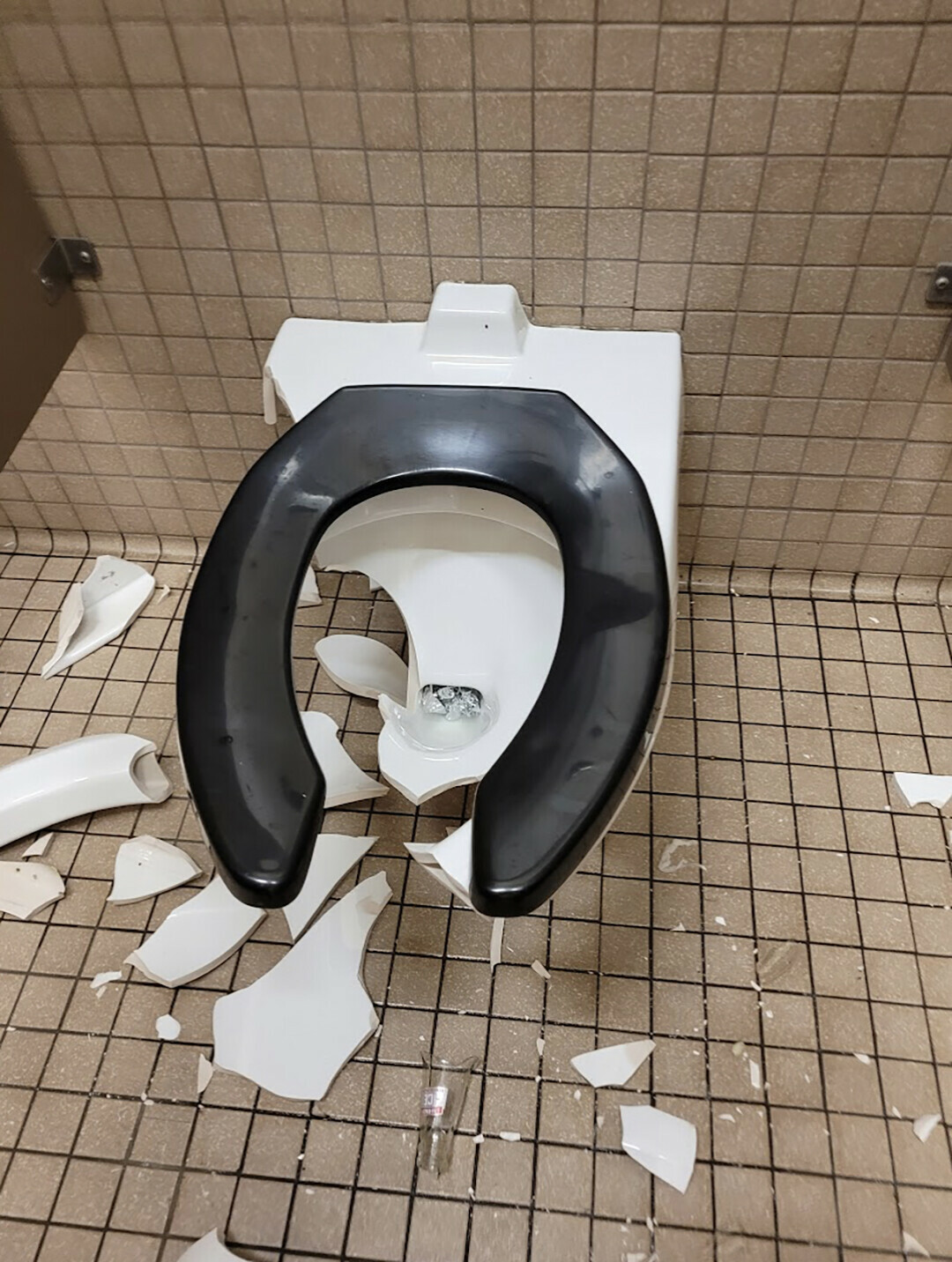 OUT OF ORDER. Vandalism at the Phoenix Park Trailhead restrooms occurred the weekend of Oct. 1-2. (Submitted photo)

Is this why we can’t have nice things? Over the weekend, vandals caused what the City of Eau Claire called “extensive” damage to the Phoenix Park Trailhead restroom, including smashing a toilet. Because what says “a fun autumn day in the park” like shattering a big piece of porcelain? (It’s a rhetorical question, folks.)

Because of the damage, the city has decided to close the restroom for the remainder of the season. That means would-be bathroom users will have to hold it or make their way to the other side of the park to the restrooms near the Farmers Market Pavilion. In either case, it’s a big bummer – and if this is meant to be an early Halloween trick, we say “boo.” 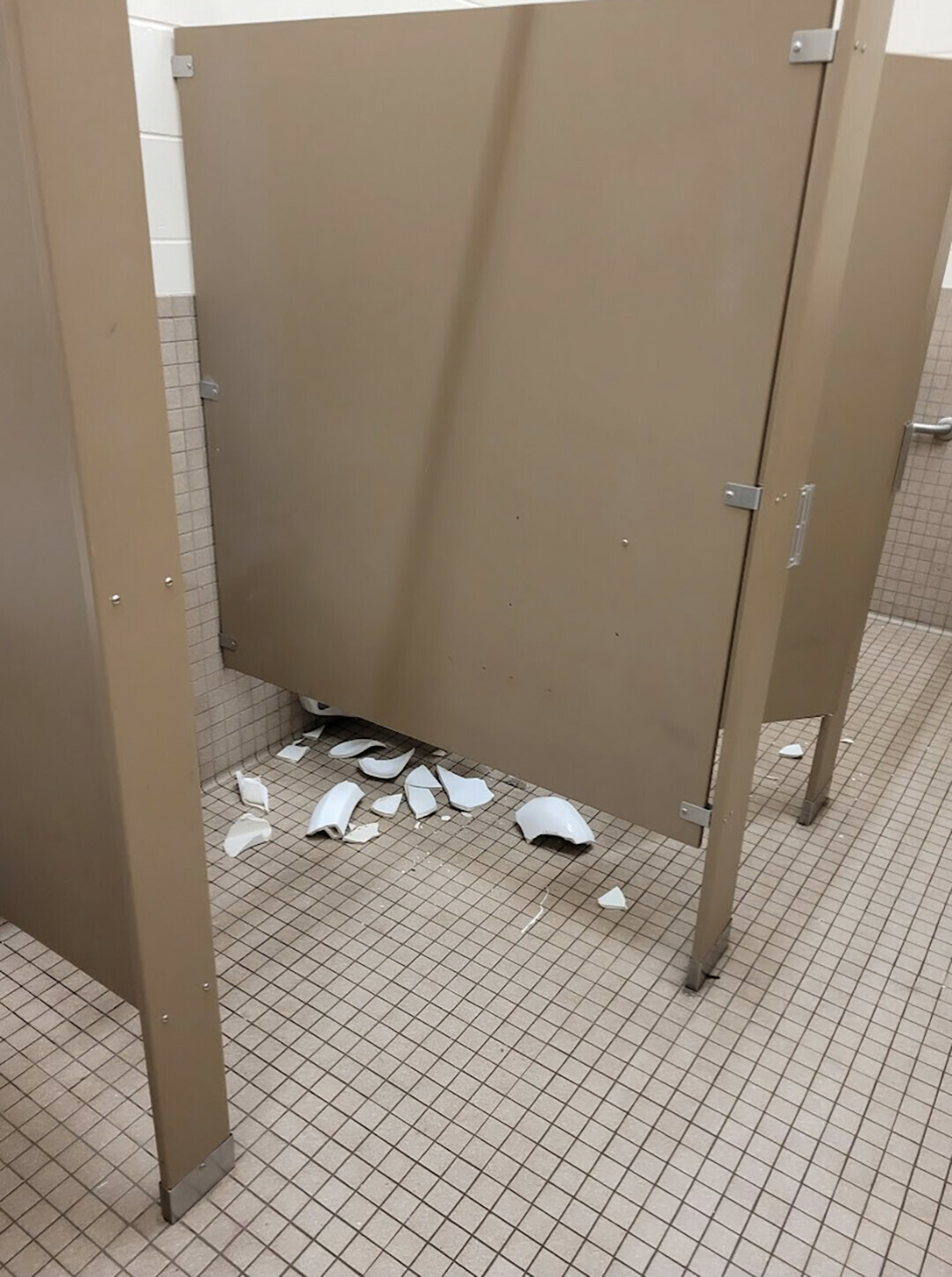 Seriously, who does this?

In an online announcement Monday morning, the city noted that this is “at least the second instance of extensive vandalism that has resulted in the closure of a restroom in Phoenix Park. On Aug. 29, the restrooms in Phoenix Park near the Farmers Market Pavilion were damaged when a group of young people set multiple fires in the facilities and broke a toilet off the wall.”

Those who’ve been around Eau Claire for awhile will recall that the relative shortage of bathrooms in Phoenix Park was a big topic of community concern until 2011 when the Chippewa Valley Homebuilders, Royal Credit Union, and two Downtown Improvement Districts got together to build the restrooms near the Farmers Market Pavilion.

In short: The community worked together to build these facilities, so this kind of senseless vandalism stinks worse that an overflowing port-a-potty in August. If you want to shatter something, how about your high scores on Xbox, numbskulls? 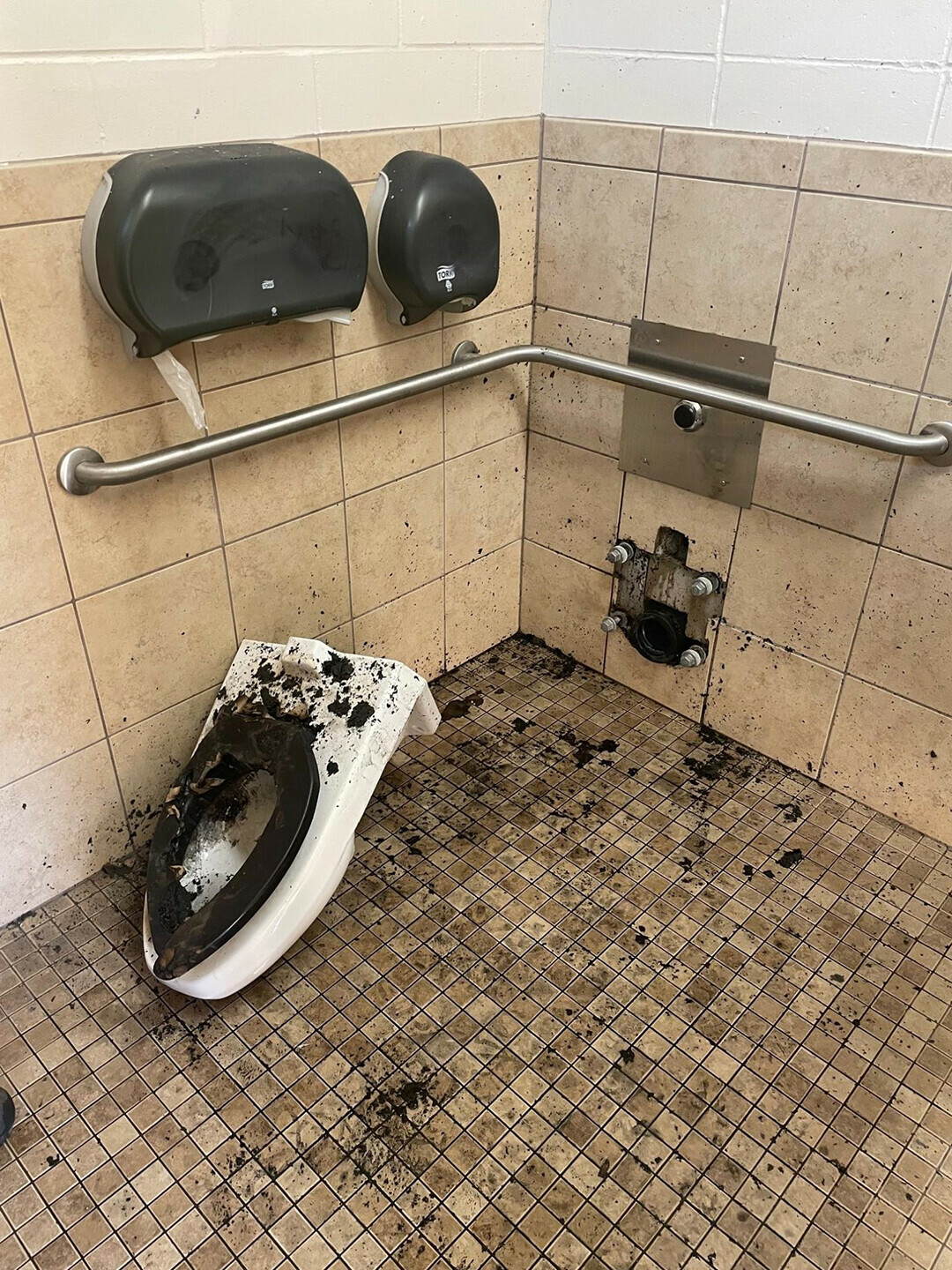