Monica Lewinsky to Open UWEC’s 80th Season of The Forum 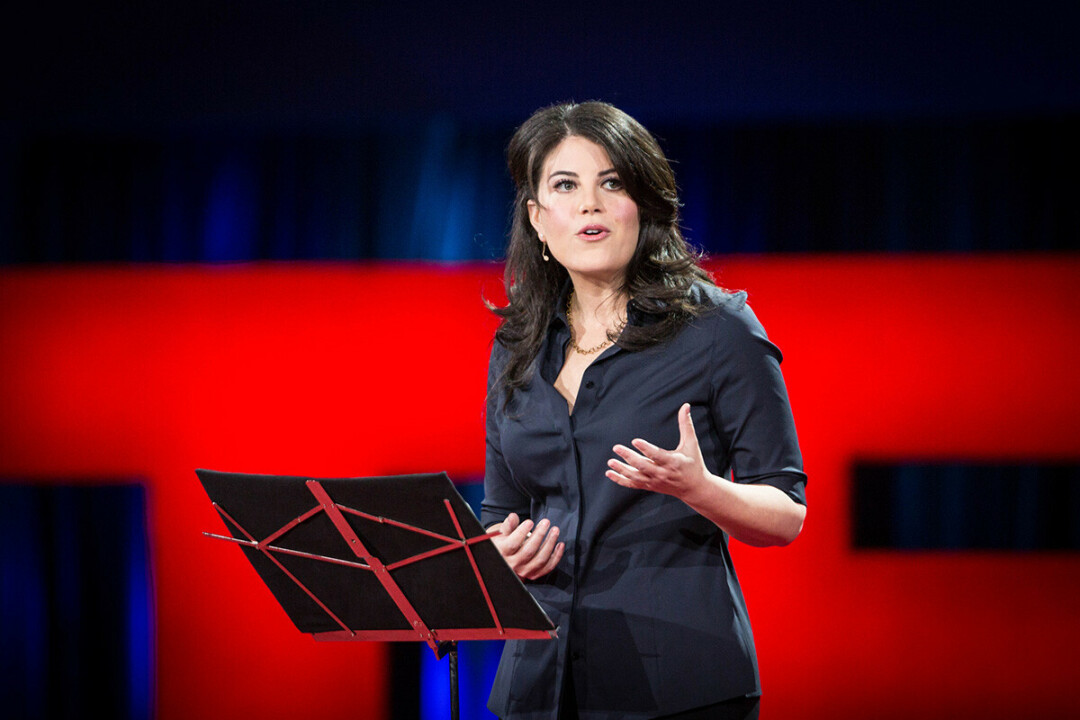 LEWINSKY. A longtime subject of public discourse in the U.S., Monica Lewinksy will open UW-Eau Claire's 80th season of its series The Forum. (Photo via TED Conference | CC BY-NC 2.0)

UW-Eau Claire will open the 80th season of its Forum series on Oct. 26, presenting Monica Lewinsky at Zorn Arena. Since the university’s Sept. 19 announcement of Lewinsky’s appearance this fall, roughly 1,000 tickets have sold, and there’s a slew of online commentary about the event.

At 7:30pm on Wednesday, Oct. 26, Lewinsky will take the Zorn stage to speak on her experiences and years of work in anti-bullying advocacy. Dr. Justin Patchin, a political science professor at the school and co-director of the Cyberbullying Research Center, will be moderating.

“Monica Lewinsky has been a leader in the online safety space for some time now,” Patchin said in UWEC’s media release about the event. “Her perspective and platform are invaluable in raising awareness about the harms associated with negative online experiences. I’m excited to welcome her to our campus to discuss what her experiences can teach in making online spaces kinder.”

Megan Schmitz, an intern for Forum, acknowledged the decades-long public controversy and discussion surrounding Lewinsky since her time as an intern for the Clinton administration in the White House and said she is pleased to see Lewinsky kicking off the season.

“Her appearance on campus and her willingness to share her experiences is yet another important chance for Blugolds and the greater community to learn about current and historical events from multiple perspectives, from various points of view that foster empathy and understanding.”

Though much online discussion – both positive and otherwise – about the upcoming event’s highlighted guest speaker has occurred since its announcement, the spark of debate is perhaps representative of why the university chose Lewinsky for the series and the opening event.

Lewinsky earned her master’s degree in psychology from the London School of Economics, earned an Emmy nomination for “In Real Life,” a public service announcement on social media bullying, produced an installment for Ryan Murphy’s American Crime Stories, and has contributed numerous pieces to publications such as Vanity Fair.

“When this happened to me 23 years ago, we had no name for it. Today we call it cyberbullying, online harassment, and slut shaming.”

“When this happened to me 23 years ago, we had no name for it. Today we call it cyberbullying, online harassment, and slut shaming,” Lewinsky said in a 2019 interview with In Style magazine. “I do this work not just to save myself. Anyone suffering from shame and public humiliation needs to know one thing – you can survive it.”

Lewinsky's is the first of four total events in this year's series, to be followed by Jelani Cobb of The New Yorker, YouTuber Jessica McCabe, and traveling poet and author Naomi Shihab Nye.

Advance tickets are currently available for purchase online for $8 each for the general public and $2 for current UWEC students, and day-of tickets will also be available beginning at 12am online. Zorn has a maximum seating of 3,300 people.

Learn more about each speaker of this year's The Forum series on UWEC's website, where tickets are also available for purchase.