pathway would run from tennis center to Rod & Gun Park 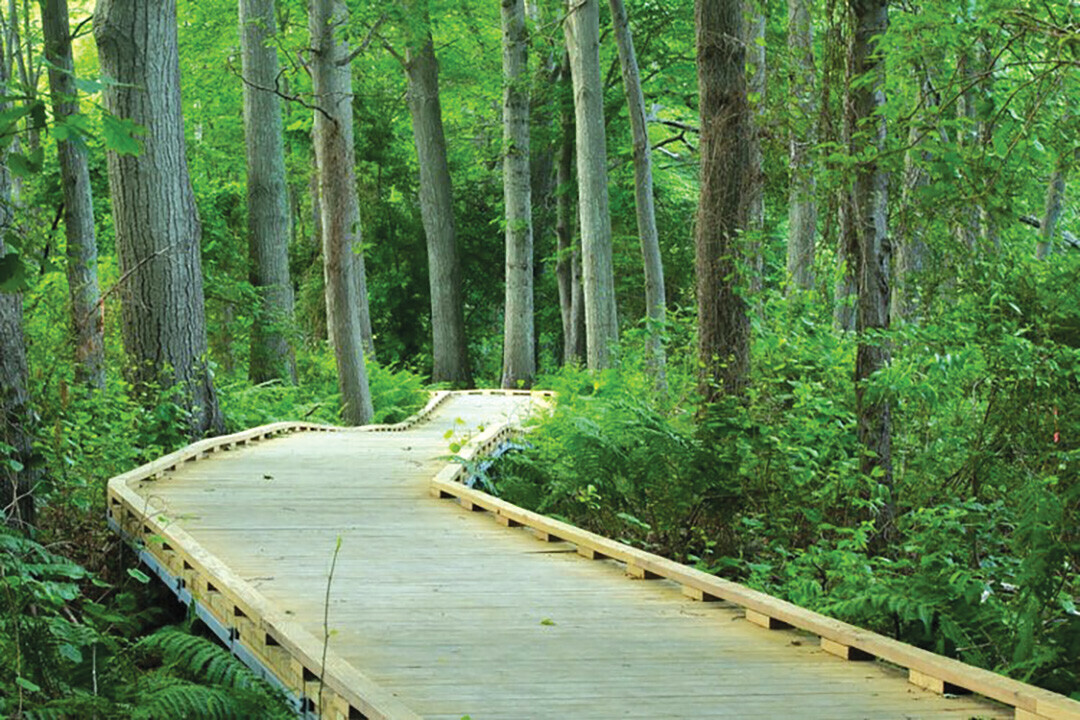 A WALK IN THE WOODS? The City of Eau Claire is considering building a boardwalk (maybe like this one) along part of Half Moon Lake. (Submitted image)

Chippewa Vallians could be havin’ fun on (but probably not under) the boardwalk at Half Moon Lake in the near future.

The City of Eau Claire held an informational meeting on Sept. 14 to discuss the possible construction of a boardwalk along the west shore of the landmark lake, running from the John & Fay Menard Tennis Center (1260 Menomonie St.) to Rod and Gun Park about half a mile away. According to the city, “The boardwalk trail would be elevated, and kept as close to the lake as possible to highlight the scenery and wildlife in the area.”

Steve Plaza, Eau Claire parks director, told WQOW News 18 that there’s currently a muddy path in the area, but that a boardwalk would make it more accessible to all people, including those with bikes, wheelchairs, and strollers. A plan is expected to go before the city’s Waterways and Parks Commission later this fall. 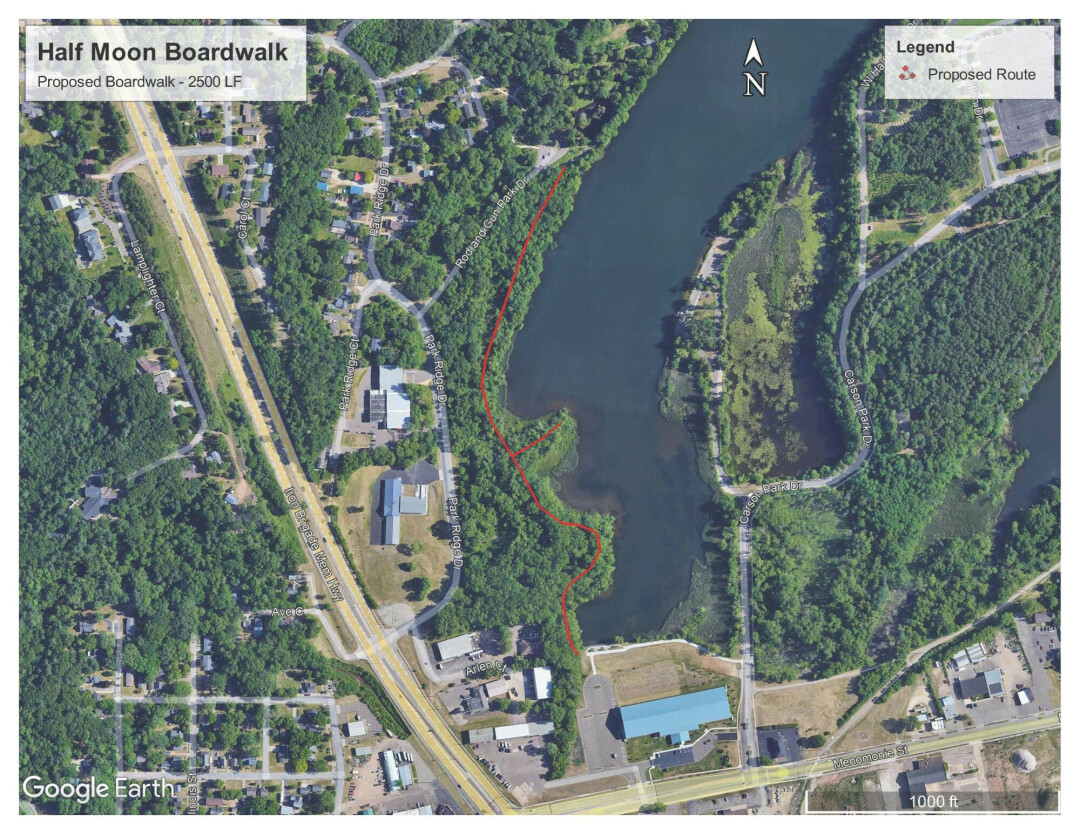