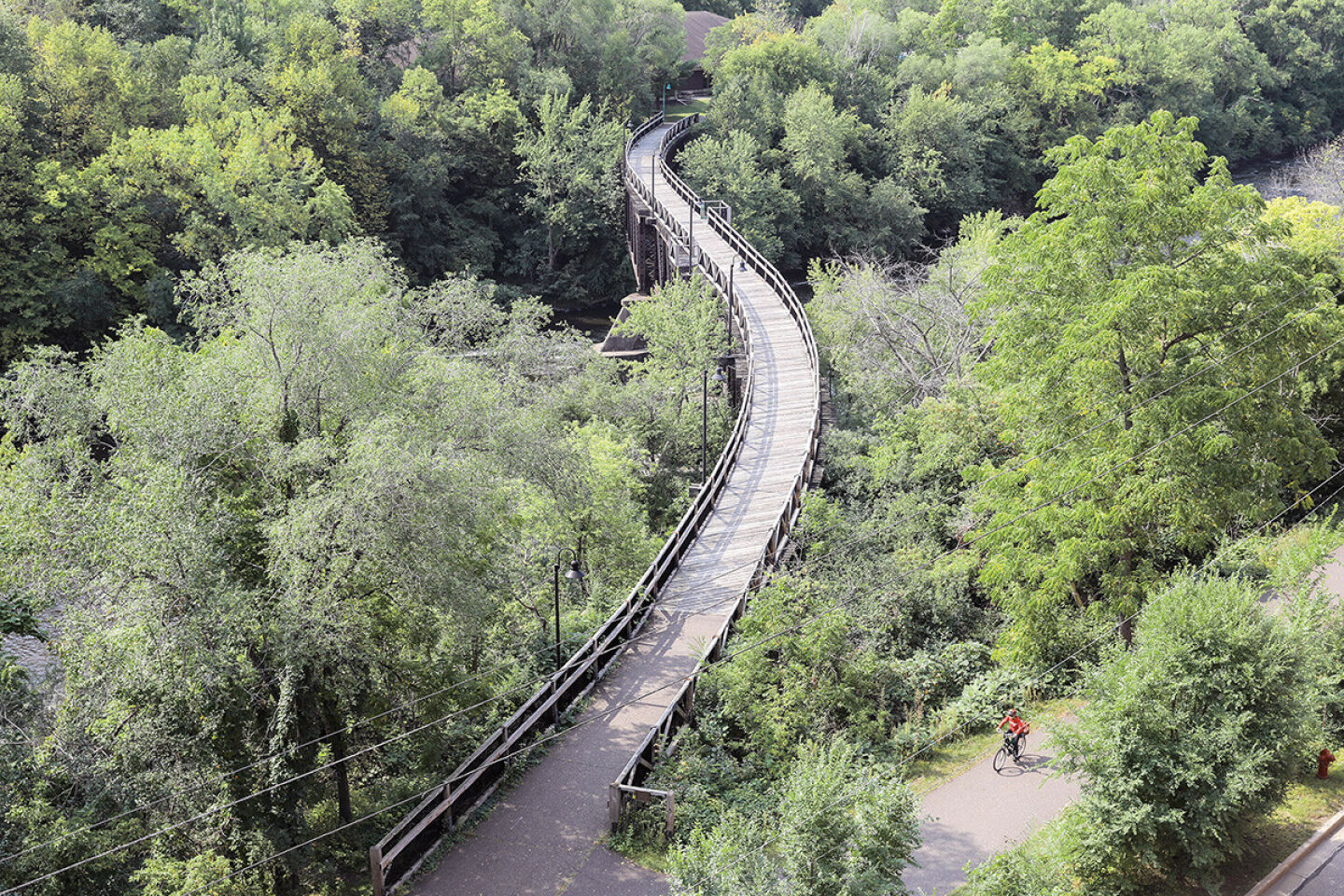 Now, everyone can call the century-old span across the Eau Claire River in downtown Eau Claire a national historical landmark.

The National Park Service officially placed the bridge on the National Register of Historic Places in August, a step that signifies the bridge is worthy of preservation because of its historical significance.

A year earlier, state officials had made it part of the Wisconsin Register of Historic Places, typically a stepping stone toward placement on the National Register, said Ned Noel, a senior planner with the City of Eau Claire. (It’s also a city historical landmark.) 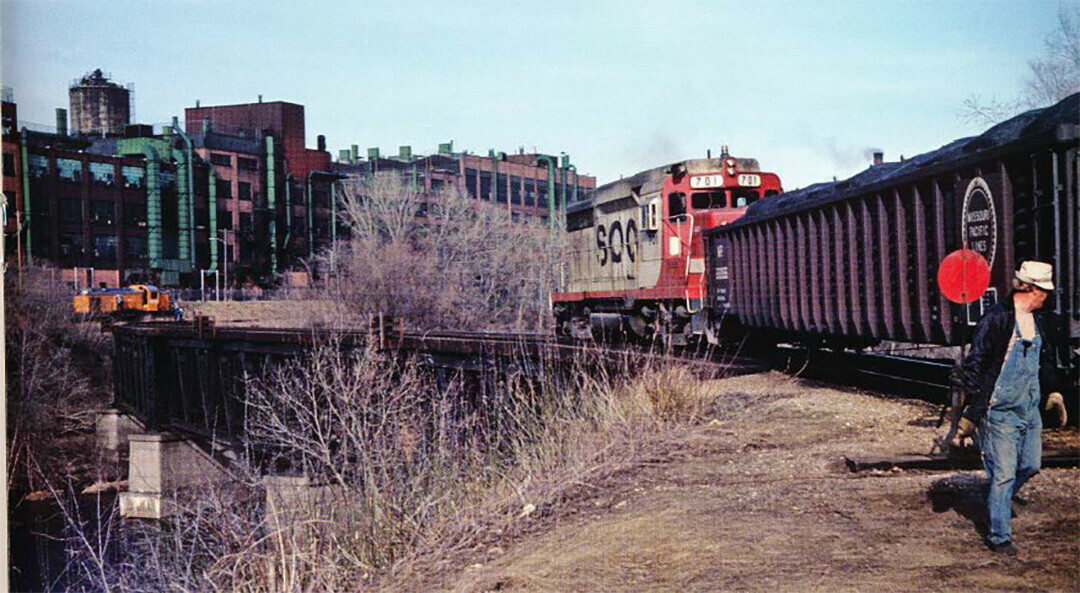 The bridge was built in 1910 to carry the Minneapolis, St. Paul, and Sault Ste. Marie Railroad – better known as the Soo Line – across the river in what was a heavily industrial part of the city then. What became the Uniroyal tire plant was built upriver just a few years later.

The last train traveled across the steel truss bridge in 1991, and it was opened to pedestrians in 2002. According to the National Register application, the bridge consists of five spans and is 442 feet long. “The spans were laid out with an S-bend in order to soften the sharp curves that would otherwise be needed to connect the parallel tracks,” the application stated. 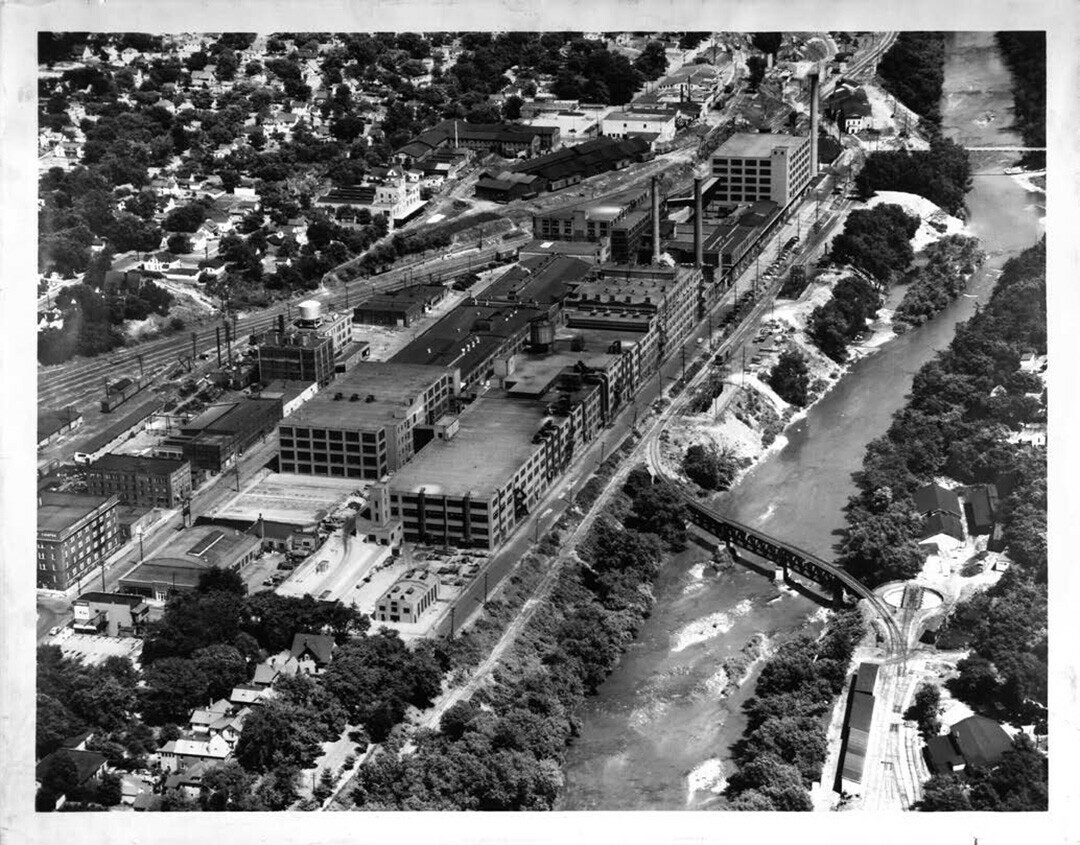 The bridge was nominated because it is a good example of what is known as a Warren truss bridge, which is supported using equilateral triangles. (Look at the bridge from the side and you’ll see them supporting the deck above.) It’s also notable because of its unusual serpentine shape.

Noel said that John Mann, a UW-Eau Claire professor of public history, and his students helped research the bridge’s history and prepare the application. They also researched the history of another former railroad bridge – the High Bridge over the Chippewa River – but the application to the state and national historic registers for that bridge was put on hold last year when structural problems were discovered. Now that the High Bridge has been repaired, the application process will resume, Noel said.