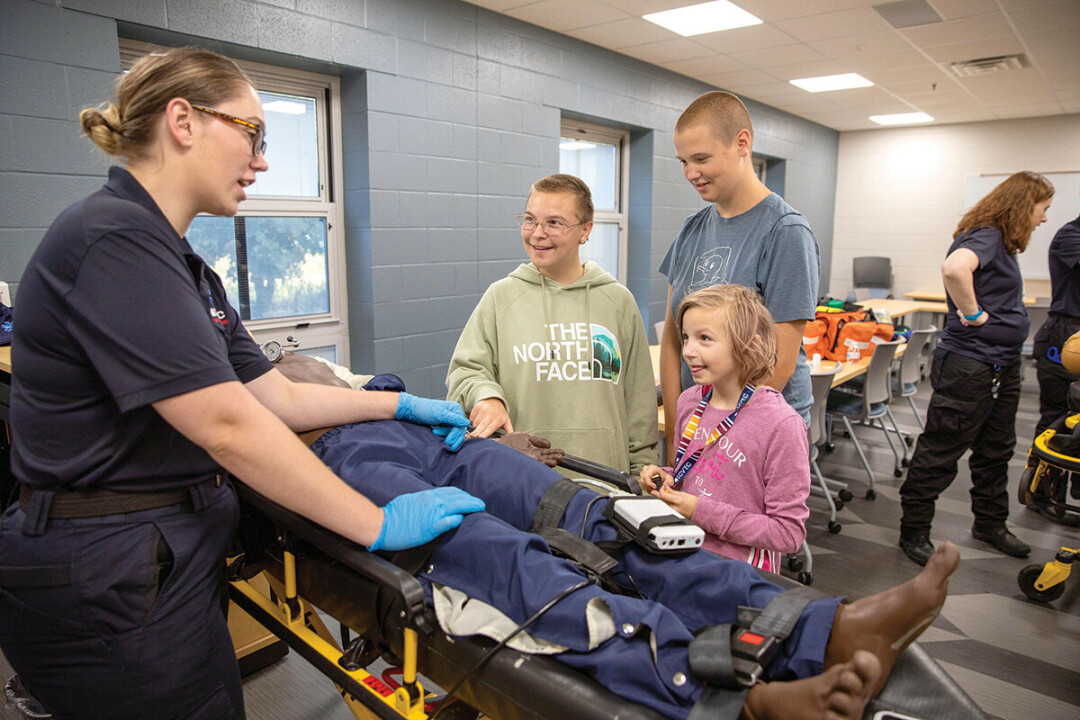 The newly remodeled Emergency Service Education Center at Chippewa Valley Technical College, which doubled in size after a recent expansion project, will help train the next generation of first responders in the region with state-of-the-art equipment and facilities, the college’s president said.

“This facility is a commitment to honor our first responders,” Dr. Sunem Beaton-Garcia, president of CVTC, said Sept. 12 during a ribbon cutting ceremony at the center, 3623 Campus Road on Eau Claire’s northwest side.

“We are training the next generation,” she added. “That generation will be in our communities, keeping you safe, fighting fires – literally and figuratively – and saving lives.”

We are training the next generation. That generation will be in our communities, keeping you safe, fighting fires – literally and figuratively – and saving lives. 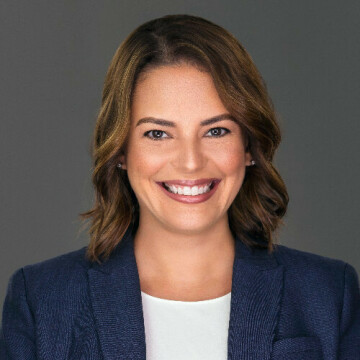 The project was funded through a referendum approve by voters in CVTC’s 11-county district in April 2020. Among other things, the $48.8 million referendum paid for the addition and remodeling of the Emergency Service Education Center and the construction of a Transportation Education Center. 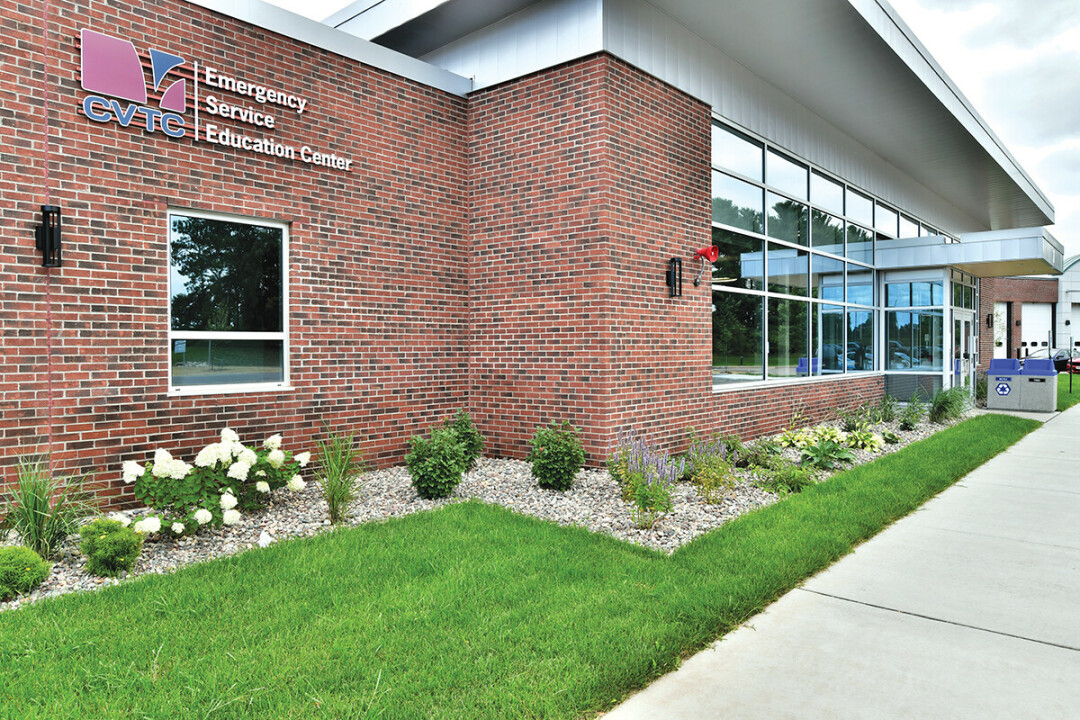 Former CVTC President Bruce Barker, who helped lead the referendum effort, also spoke at the event. He reflected on his previous career as assistant city attorney for the City of Eau Claire, when he worked closely with Eau Claire Police Department patrol officers – two of whom where shot, and one who died, in the line of duty.

The revamped Emergency Service Education Center will provide the space and resources for such training.

Eric Anderson, associate dean of emergency services, said the building is now ideal for the “scenario-based education” that emergency personnel need. They can now simply cross the hall from their classrooms to get defensive skills training, work out in a gym, practice with firearms, or use virtual simulators that train them with law-enforcement or firefighting scenarios. 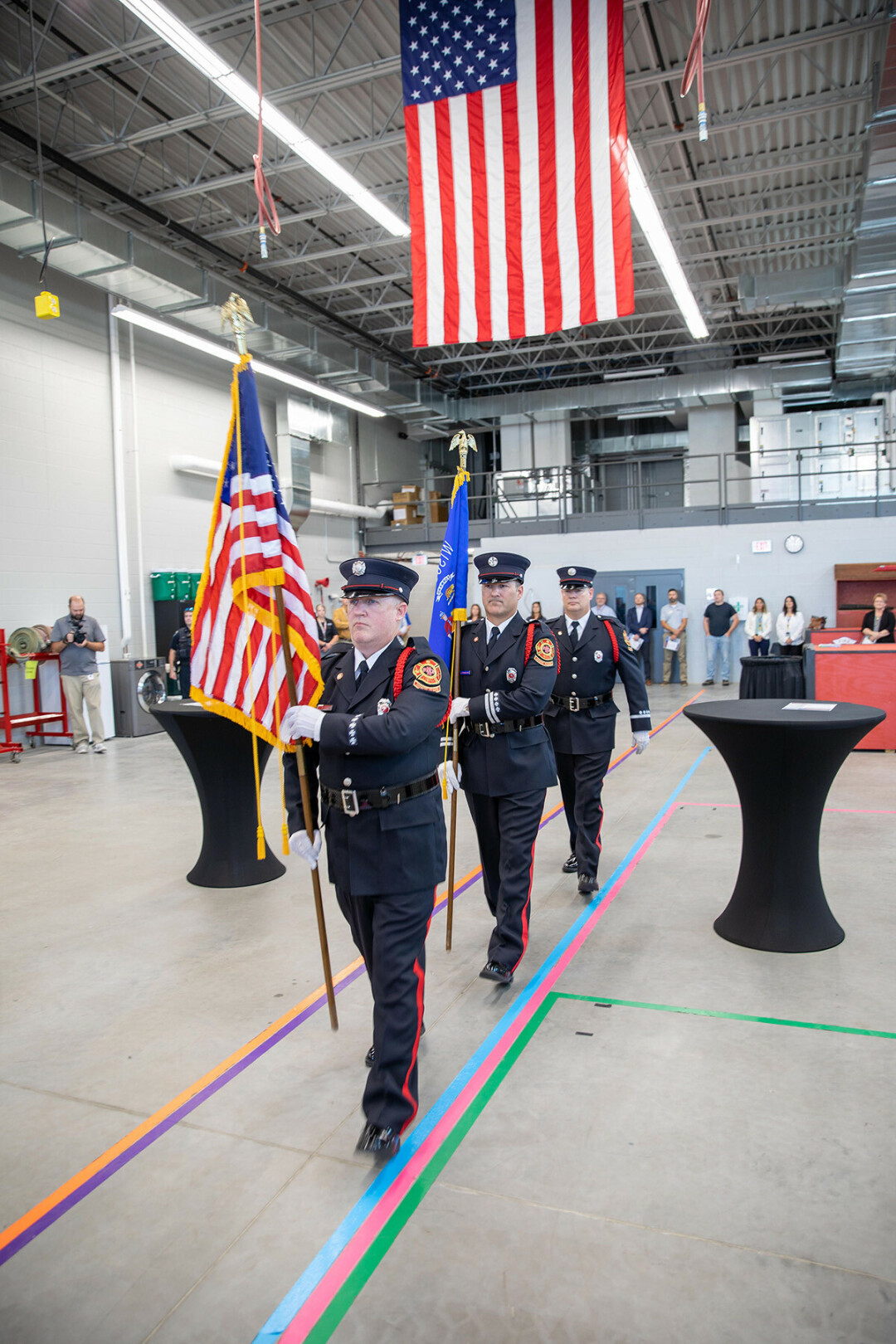 There is now space for emergency vehicles in an indoor apparatus bay, which is also designed to accommodate firefighters’ candidate physical ability tests. Previously, Anderson explained, CVTC’s vehicles were housed next door in space shared with the Eau Claire Fire Department, while the physical testing equipment had to be moved and reassembled frequently.

Down the hall from the 6,300-square-foot apparatus bay is a new 50-yard indoor firing range, which gives students and professionals a place to train with firearms more effectively. Nearby are new locker rooms and a new gym (previously students had to exercise offsite and receive defensive skills training at places like karate studios) which also contains a pair of simulated jail cells.

And what was once the student commons is now a EMS simulator area, where students can practice their training on lifelike manikins and in a model bathroom and bedroom.

The remodeled building also includes new commons areas and classrooms, several of which can be used for simultaneous virtual and in-person classes.

“We have given our gifted and passionate instructors the tools they ned to help future generations,” Beaton-Garcia said. “Their toolbox has been upgraded.”

Learn more about CVTC’s Emergency Service Education Center  and its programs at cvtc.edu/ESEC. 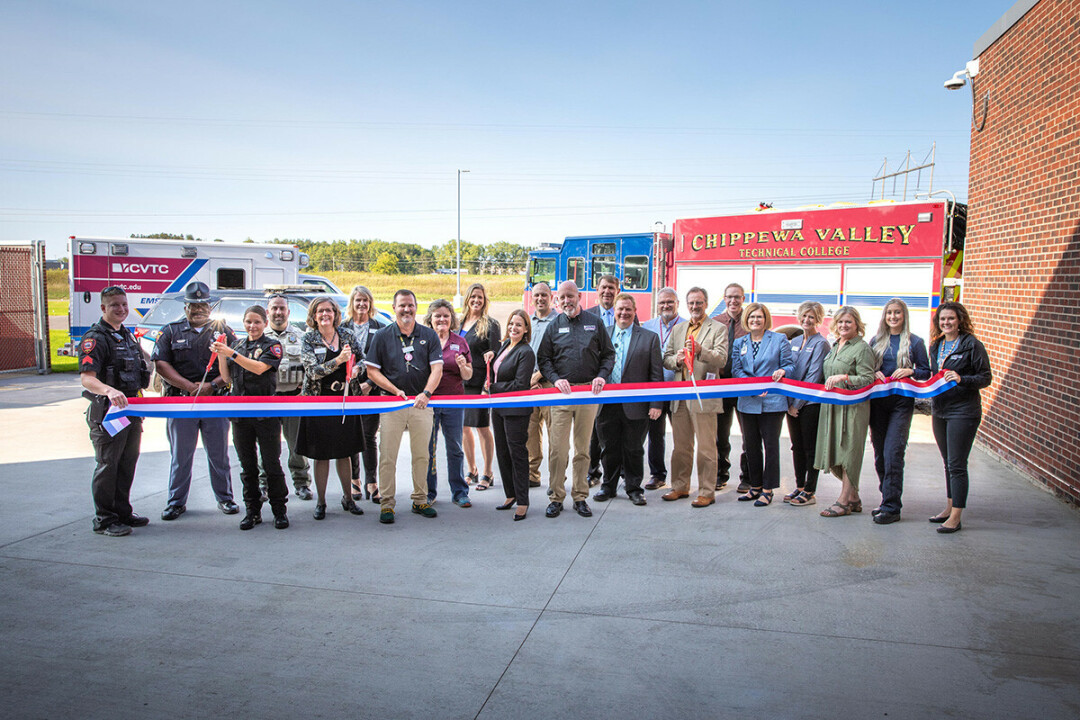