Sarah Mount, creator of the Chippewa Valley Girls Cycling Club, is hoping to encourage more women in the area to come together to cycle 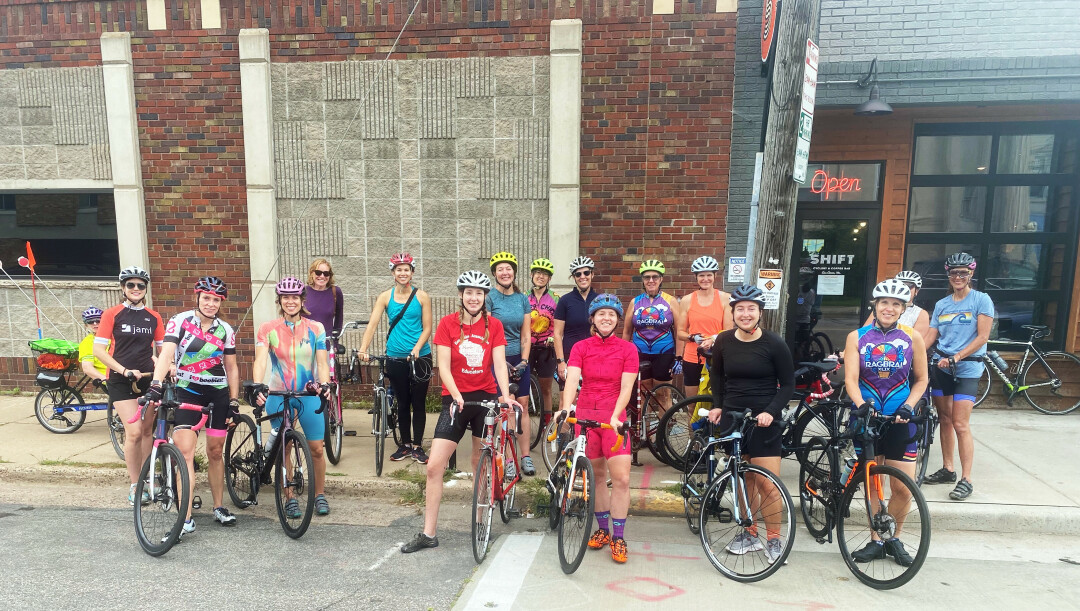 GIRLS JUST WANNA HAVE FUN. Sarah Mount started the first ever CV all-women cycling group to allow a space for women to come together and bike the Valley.

Citing a lack of cohesion in the cycling community, and especially among women, local cyclist Sarah Mount decided that a women’s cycling club was something the Chippewa Valley desperately needed. So she started the Valley Girls – an inclusive women’s cycling club for all abilities, ages, and interests on two wheels.

“A lot of the time I’m the only woman in some of the group bike rides and you know, I love the guys, but it’s intimidating to approach some of those groups early on,” Mount said. “There’s a lot to overcome and get comfortable with when you’re one of the only women.”

The Valley Girls' official launch party was on Sept. 18 at SHIFT Cyclery and Coffee Bar (a sponsor of theirs along with Bullis Pond Dental and Volume One). The party was a chance for women to meet other new members and get a feel for the group by participating in an hour-long social ride. There was also a separate Valley Girls supporters ride, which any men were welcome to participate in as well, along with post-ride refreshments, giveaways, a club jersey sizing, and a toast.

About 30 riders turned out for the first event, including bike enthusiast Megan Zabel Holmes, who acknowledged the initial intimidation factor.

“Cycling seems to be male-dominated, so it’s great to see other women out there crushing it,” Holmes said. “I’m grateful there’s this new community here to encourage and support women cyclists. Bikes are for everyone!”

The Valley Girls will meet regularly and have group rides to different coffee shops, breweries, and local trails – acting as a social club as much as a cycling club. Mount plans to have community engagement events and educational workshops about bikes, and if ladies are interested, even racing.

When winter rolls around, Mount said she hopes to keep the momentum going through events like indoor training fundraisers, virtual rides, ladies' nights out, and cross-country skiing.

“It feels so validating to finally have someone to talk about the aspects of cycling that are not talked about when riding in men’s groups,” Mount said.

Visit the Chippewa Valley Girls Cycling Club on Facebook and Instagram to keep up with the group.