THERE’S A NEW TRUCK IN TOWN: Trash On Trucks 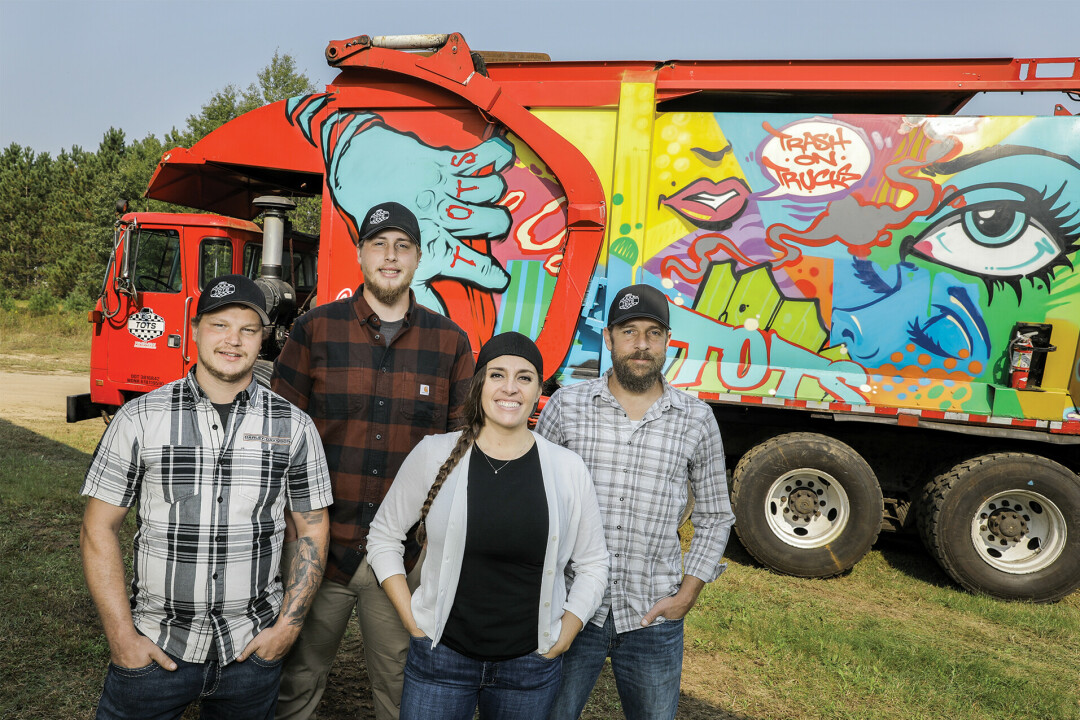 KEEPING IT REAL. Trash On Trucks is a new waste management and disposal company in the area, but the owners are no strangers to the Chippewa Valley. With 25 years of experience, the founders are keeping it real and keeping it local.

If these new street-style trucks haven’t caught your eye already, a few familiar faces might. Trash On Trucks, a new waste disposal company, was started by four locals who have 25 years of experience right here in the Chippewa Valley.

After Eau Claire’s Boxx Sanitation was bought out about a year ago by GFL Environmental, the quartet of Trash On Trucks co-owners – Chris Hana, Wayne McIrvin, Jasie Mullen, and Cole Williams – soon found they weren’t able to serve the community they each loved to the best of their abilities anymore, and for these four, loyalty runs deep.

“When the company that we were all employed at sold, every one of us gave it an honest try; we did as best as we could, and from every angle, we tried to watch out for the employees and our community, but it just felt cut off,” McIrvin explained.

Though each left the company at different times, just weeks after all four had left, people began asking them if they were ever planning on starting their own business. While that hadn’t been part of any of their initial plans, once the four tossed around the idea a bit, it started to gain momentum.

With their nearly three decades of combined experience, each with expertise in a specific area of the hauling biz, it wasn’t long before they got Trash On Trucks moving in the right direction toward fully operating.

Before September began, Trash On Trucks already had more than 400 customers lined up, with hundreds flocking to the service after their initial press release came out before the end of summer.

we're offering that honest kind of service. upfront, nothing hidden about it.

CO-OWNER OF TRASH ON TRUCKS

“We’re offering that honest kind of service,” McIrvin explained. “Upfront, nothing hidden about it. You want to know what your bill is, all you gotta do is look and you don’t need to wonder, kind of thing.”

Their eye-catching new rides are the handiwork of muralist Salt Rock, whose work can also be seen on the back of and around Skin Prints in downtown Eau Claire. Conscious of the art-loving community they live in, the Trash On Trucks team wanted their haulers to make sense for the folks they serve, but to do it in their own style.

With experience and tenacity, the company is up and running, and true to its tagline, they are keeping it local. Head over to their website (trashontrucks.com) or reach out via email (info@trashontrucks.com) to get in touch.