FEEL THE RHYTHM. Abigail Maxon grew up in the Valley, and will now be a small biz owner here too. Rhythmic Renewal focuses on embracing cyclic living and received funding from the Red Letter Grant this spring. (Submitted photo)

Abigail Maxon has spent the last several years honing her studies on hormone cycles, reshaping and crafting her own understanding of the body’s natural patterns down to a simple “roadmap” that can fit into a box – literally. Officially launching on Oct. 23, Maxon’s business, Rhythmic Renewal, will share its new Bleed Box, a self-care kit for menstruation, in-person for the first time.

After being awarded funding this spring from the Red Letter Grant – a local nonprofit founded by Rebecca Cooke committed to supporting female entrepreneurs – Maxon has been able to take her natural herbal remedy products and educational pamphlets on menstruation to the next level. For the past year, she has sourced as locally and sustainably as possible to create a lineup of products to formally share with the community.

Hosted at Forage in Eau Claire, the event will be 4-6pm and feature a promotional video made by a local videographer detailing Rhythmic Renewal’s products and Maxon’s creative process. The Bleed Box is made up of an educational booklet (printed just over in Chippewa Falls including tips and knowledge from Maxon and other information), a chai concentrate tea blend with various intentional herbs, and a salve created in partnership with Terravee Naturals.

Folks who attend Rhythmic Renewal’s launch party will all receive a free tote bag screen printed by Ambient Inks (which also printed the biz’s branded packaging), who will also be live printing at the event, music from The Nunnery, complimentary snacks, and The Bleed Box depending on which ticket they purchase.

A $30 ticket includes everything except the box, and a $60 ticket includes the box (which is $59 by itself normally). The event is meant to be a casual celebration of the business’s launch, Maxon said, plus, it’s also on her birthday, which makes it even more special to her.

Maxon spent years of her life with debilitating hormone issues, causing horrible headaches and stomach pain, even leading to her having to quit her job because she could hardly function. “This is a lot of people’s stories,” she said.  “A lot of people really struggle with hormone issues, and we just don’t talk about it.”

She went to a traditional doctor for help, tried artificial hormone medicines like birth control, and if anything, she said her symptoms only worsened over time. About five years ago, she began researching other possible remedies and lifestyle shifts she could make, seeking relief. 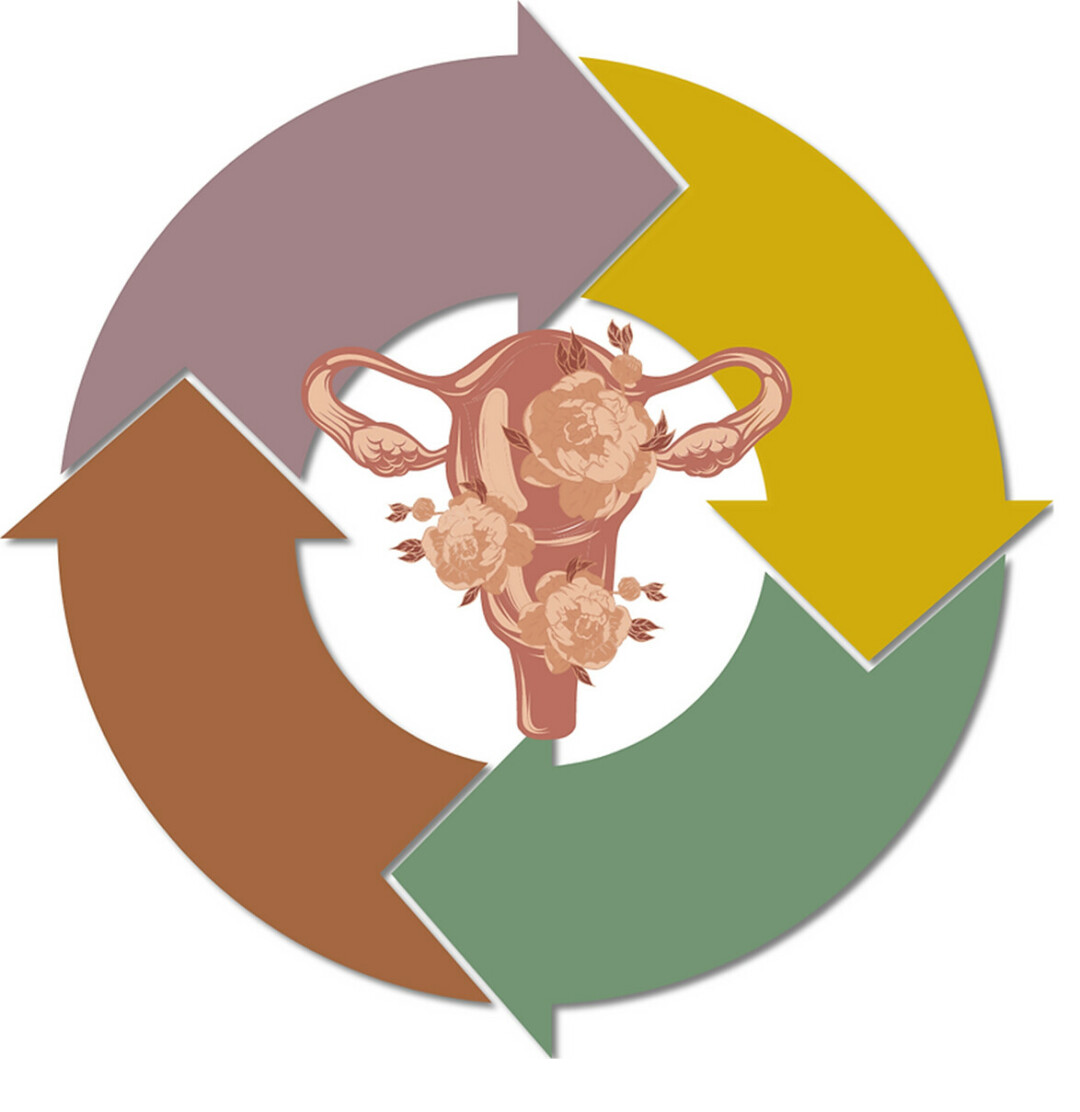 Then she found an online training surrounding cyclic patterns after doing some research on her own first. “I found this training and went through some education about the hormone cycle, and it radically changed my life,” Maxon said. “It completely changed everything about what I do in my life. Now I can work a normal job, I applied for the Red Letter Grant and was able to write a business plan; I can function and don’t have all of these symptoms anymore.”

Maxon learned about the natural ups and downs that occur month to month in everyone’s bodies – specifically those who menstruate – and started tracking how she felt day to day, emotionally and physically.

After three months, she was able to see some patterns occurring, like how on every month’s 16th day she felt extremely turbulent emotionally. “Sure enough, after ovulation day 14, estrogen drops pretty dramatically and that can be really challenging for people if there are imbalances because estrogen is the feel-good, happy emotion thing, and when it drops it can be dramatic.”

Maxon noted how little health and sex education surrounding hormones and periods she received during school, and how there’s a sort of shame connected with talking about it.

“It’s so programmed into us to hate (our cycles), you know? My vision is that menstruators would embrace and love their cycle and they wouldn’t talk about it in a way that’s shameful or like a burden,” Maxon said. “I (want to) normalize that conversation and acknowledge that it affects us. We have to change our expectations of how we think we’re supposed to be, and realize it’s just natural biology; there’s nothing wrong with me.”

it's so programmed into us to hate (our cycles), you know? my vision is that menstruators would embrace and love their cycle

and they wouldn't talk about it in a way that's shameful or like a burden.

Maxon said after the launch party she hopes to dive into the next phases of her business plan, which includes reaching out to local shops to stock her products, hosting workshops to build up trust in the community, and reaching out to local businesses who may want to implement The Bleed Box into their own health programs for staff.

“My vision is to see people love their cycles and let it be a pathway and blueprint to liberation and fulfillment instead of something resisted and dreaded.”

Buy tickets to the Rhythmic Renewal Launch Party event online and head to its website (rhythmicrenewal.com) to learn more.