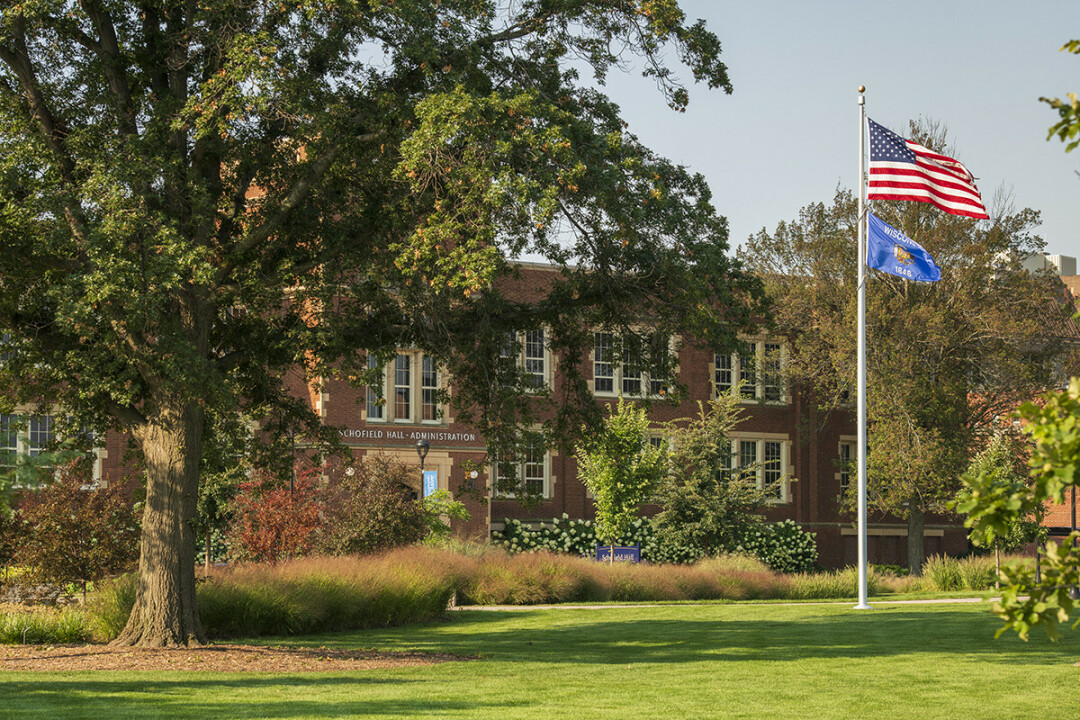 AMONG THE MIDWEST'S BEST. The UW-Eau Claire campus is known for its scenic beauty, but the academic quality is high too, at least according to U.S. News & World Report's latest rankings. (UWEC photo by Shane Opatz)

For the 28th year in a row UW-Eau Claire has been listed as a top Midwest public university, ranking No. 7 among that group on the U.S. News & World Report’s 2023 Best Colleges list.

UW-Eau Claire was the top public regional university in Wisconsin and among the top two in Wisconsin and Minnesota, according to the just-published list. No. 1 in the region was Truman State University in Missouri, while UW-Stout in Menomonie was No. 13 among public universities in the Midwest.

UW-Eau Claire also was ranked No. 9 in “Most Innovative” and No. 15 in “Best Colleges for Veterans,” both among regional Midwest universities.

Out of 34 schools, UW-Eau Claire is No. 8 in “Undergraduate Teaching,” acknowledging the level of commitment amongst the faculty. Also, UW-Eau Claire ranked No. 52 for “Best Value Schools,” and No. 98 for “Top Performers for Social Mobility.”

“I’m proud that year after year U.S. News recognizes that UW-Eau Claire is among the very best of the colleges and universities in the Midwest,” Chancellor James Schmidt said in a university media release announcing the rankings. “This year’s overall and specialty rankings highlight the extraordinary work our faculty and staff do to ensure that every Blugold has the knowledge and experiences they need to excel in college and in their careers and lives after they graduate.”

Here are a few more rankings from the UWEC media release.

• Best Undergraduate Engineering. UW-Eau Claire ranks 87th on a list of 230 schools from across the country that offer undergraduate engineering programs but not doctoral programs.

• Best of Business. UW-Eau Claire is ranked 283rd out of 515 U.S. colleges and universities on the report’s main business rankings list. It’s among the top eight public or private schools in Wisconsin and Minnesota on the list.

Check out the full rankings on the U.S. News website.