The Chippewa Valley Theatre Guild kicks off its 41st season with Stephen Sondheim’s Broadway musical Assassins. Directed by Keith J. Lorasch, this Tony Award-winning musical dives into the ideas of obsession with fame and murder across American history. 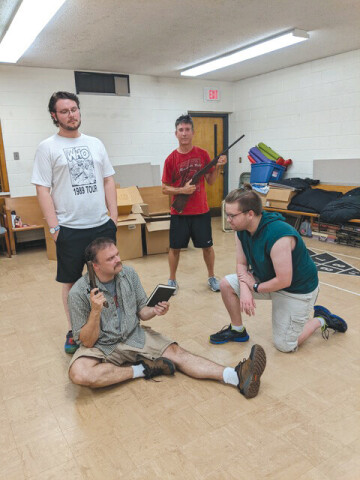 The musical features cast of characters that lived across multiple centuries, but are united by one commonality: Each has attempted to kill a president of the United States – some successfully.

Brought together by a magical, All-American, yet haunting carnival, these historical characters are woven together by their shared themes, as presented by the carnival’s overseer. The lyrics, set to music in the style of patriotic American classics, explore themes such as martyrdom, desire for attention, idealism, disillusionment with the American dream, community, and the societal power of firearms. In this fantastical look at American history, the act of assassination takes on a mythological tone; an act of recurring terrorism that affects society, inspires dark impulses, and reveals vulnerabilities. Even the bystanders are given a say; from their own desire for attention, to a lament for just one death.

This musical is for mature audiences.