Leinie Lodge Brews for a Cause: The Captain Jack Project 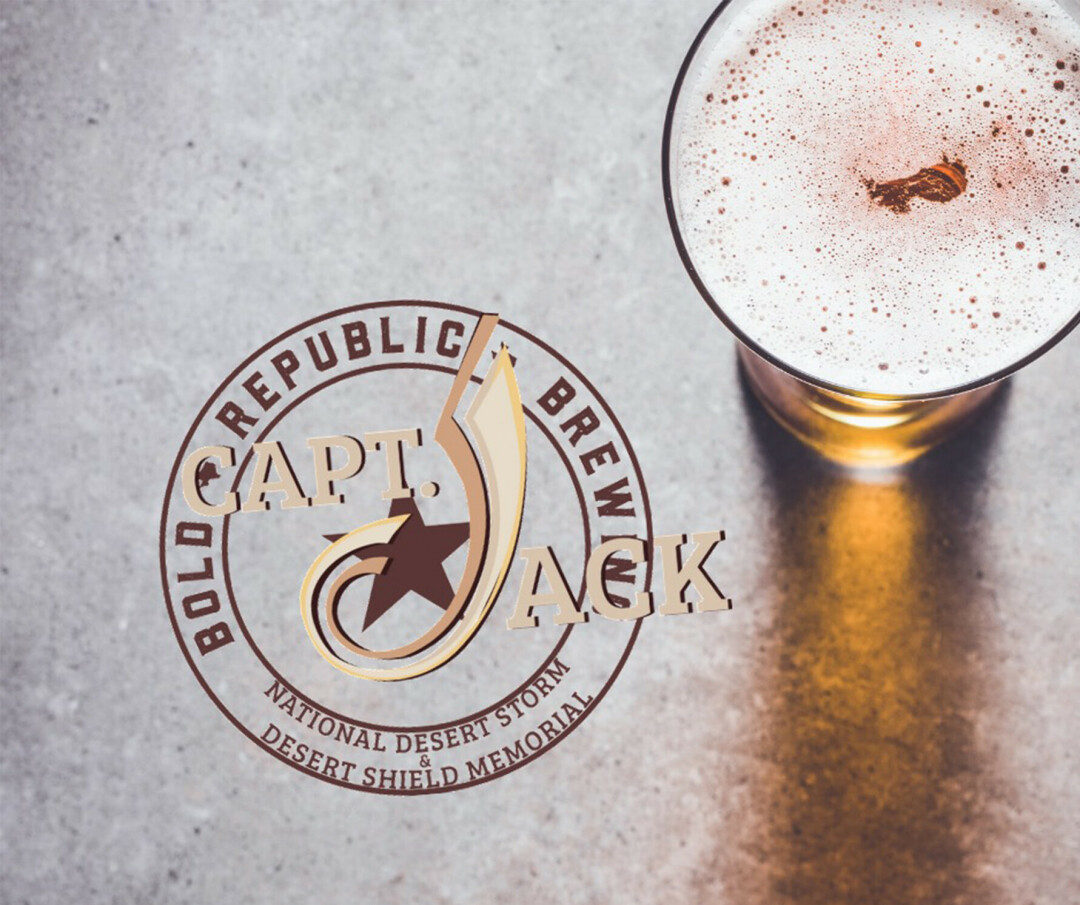 The launch part for Leinenkugel’s latest brew will be about a lot more than just beer. The Leinie Lodge in Chippewa Falls will soon release Captain Jack, a limited-edition Helles Bock, to raise funds for the National Desert Storm Memorial in Washington, D.C.

The Sept. 13 event will include members of the war memorial’s board as well as Adrian Hodges, founder of Bold Republic Brewing Co., whose late father, Marine Capt. Jonathan R. Edwards, is the beer’s namesake and inspiration.

The first Wisconsin brewery to take part in the Captain Jack Project, Leinenkugel’s Pilot Brewery has about 20 barrels of the limited release ready to go for its release party on Tuesday, Sept. 13, 10am-8pm. 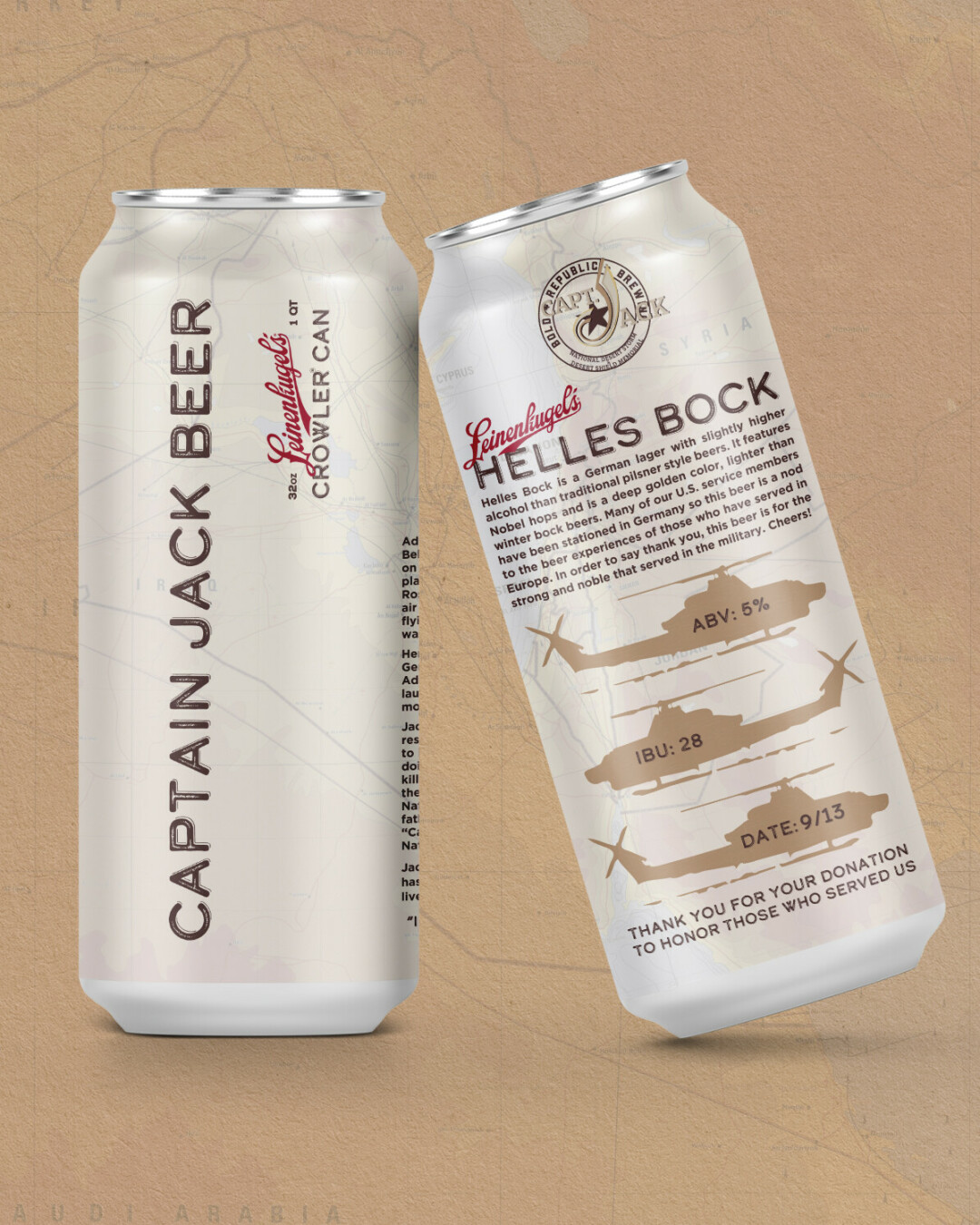 All proceeds from beer and crowler sales will go to the National Desert Storm War Memorial Fund in honor of Hodges’ father and others lost in the conflict. A Marine helicopter pilot in the Gulf War, Edwards died Feb. 2, 1991, while flying a medical evacuation. At time, his daughter was just 8.

“Dick (Leinenkugel) heard about the project through the grapevine and reached out directly,” Leinie Lodge General Manager Lindsey Everson said. “This (brew) was one that really aligned with our core values in regards to supporting veterans and the memorial.”

The Lodge’s launch of the beer makes Leinenkugel’s the very first brewery in Wisconsin – and the Midwest – to produce Captain Jack Beer, and one of fewer than 15 locations brewing or serving it.

“It’s a really cool way to raise money for and then push other brewers to be able to do the same and support the National War Memorial,” Everson said.

Ground was broken in July for the memorial, which is expected to be completed by 2024.

The Captain Jack launch event is free to attend with no tickets necessary, and Bubbles BBQ Food Truck will be serving food at the Leinie Lodge event as well. 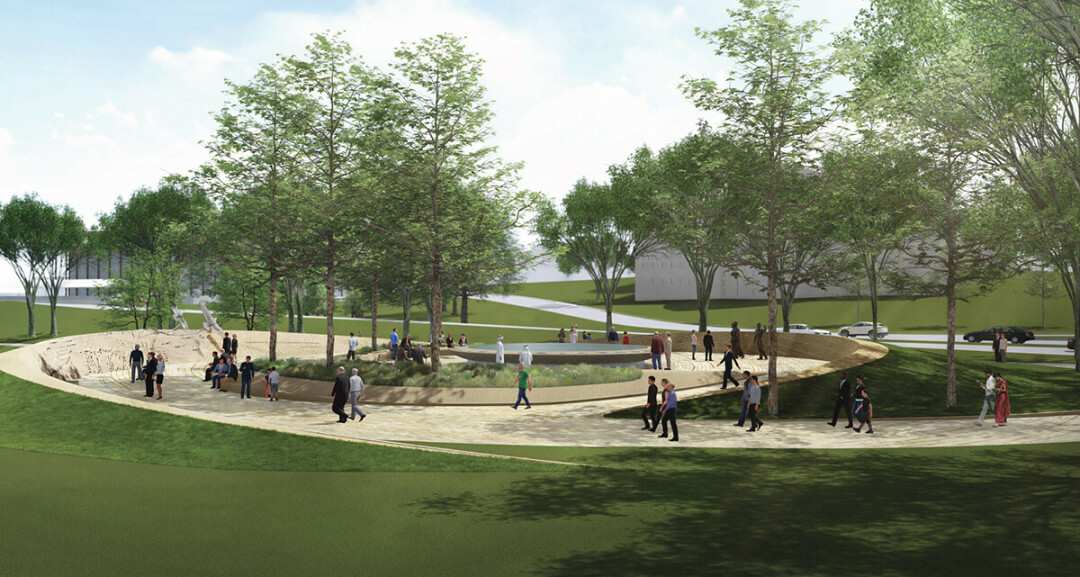 An artist’s depiction of the future memorial in Washington, D.C. (Imiage via ndswm.org)
share
comments 0