UWEC is No. 3 in Wisconsin in Latest Forbes College Rankings 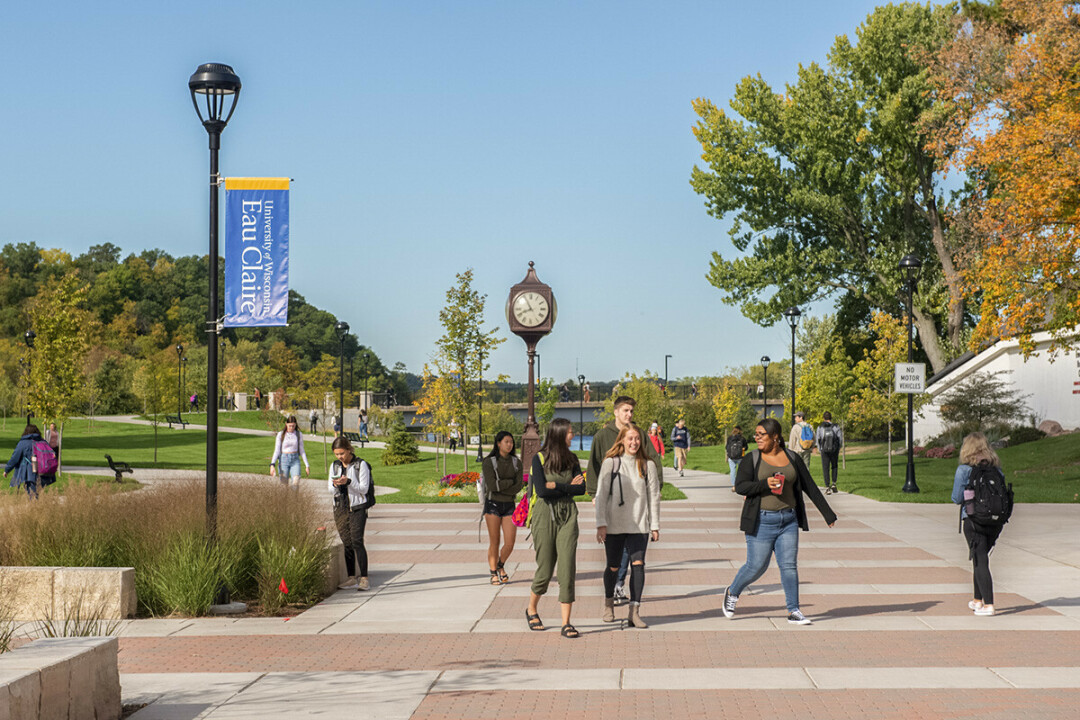 UW-Eau Claire was ranked third among all universities, public and private, in the state of Wisconsin on a new list published by Forbes magazine.

Only UW-Madison and Marquette University landed higher on Forbes’ 2022 America’s Top Colleges list, at No. 49 and No. 159 in the nation, respectively.

On its website, Forbes says the 500 colleges and universities it includes on its America’s Top Colleges list “showcase the finest in American education.” Its rankings spotlight “schools that offer an excellent education at a great price, graduate high-earners and propel students to become successful entrepreneurs and influential leaders in their fields,” Forbes states.

It’s always satisfying to see UW-Eau Claire recognized in the many college rankings shared each year, but the Forbes list is especially meaningful because it considers how the university meets the needs of low- and moderate-income students, and how well all students do after graduation, Chancellor James Schmidt says.

“These rankings consider who it is that we are educating, and how a UW-Eau Claire degree helps to shape their future careers and lives,” Schmidt says. “We are high on the Forbes list because we provide Blugolds with a quality education — an education that leads to well-paying jobs after college — at a price that doesn’t leave our graduates with huge amounts of debt.”