CRUISIN’ FOR A BRUISIN’: C.V. Roller Derby Brings Back Bruise-A-Thon

after a three-year hiatus, the bruising will return Sept. 10 IF YOU CAN'T BEAT EM', JOIN EM'. The Chippewa Valley Roller Derby is bringing back their first Bruise-A-Thon in three years.

For just $10 you get nearly a full day of some sweet roller derby action, a half-time drag show, and a chance to enter into their annual tattoo raffle. It will be a four-game, round-robin style tournament with four teams, each representing a different sponsor.

The action will start at 1:30pm and will go until about 8pm at Hobbs Ice Arena (915 Menomonie St., Eau Claire). The halftime drag show will be feature local drag stars Khloe Wold, Felicia Ashton, Benny Nyland, and Diablo. The show is presented by the Chippewa Valley LGBTQ+ Community Center.

Big body art fan? The tattoo raffle will showcase different local tattoo, piercing, and permanent makeup artists for only $1 a ticket, $5 for 6 tickets, or $20 for an arm’s length of tickets (about 25-28). These artists include Holly Stro from Riverside Tattoo, Shannon Nordin from Old North Tattoo, Ty Morse from Gold Snake Tattoo, DJ Neuendorf, Jeremy Vucenic, and Austin Kizirian from Artisan Tattoo. 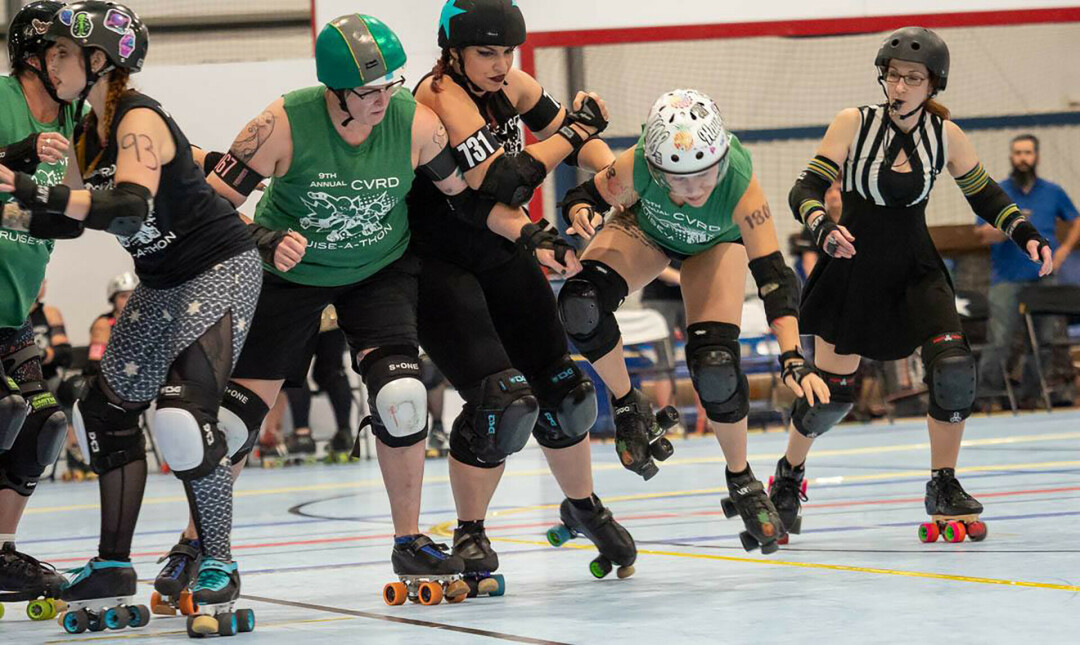 All proceeds will go towards the CV Roller Derby, a nonprofit organization, which is looking for a new local venue for games.

If all that action isn’t enough, the Roller Derby peeps will be having an after-party at the Do-Dodge Inn following the event.

“The game isn’t body specific,” said Jenna Zande, league president. “It’s a like a puzzle where the outside edge is defined, but all of the pieces on the inside have to be different.”

The league is always looking for new players to join. You don’t have to know how to skate or have all the padding right away, you just need to have health insurance and an open mind!

To learn more about the Bruise-A-Thon and Chippewa Valley Roller Derby, you can go to their Facebook page (@ChippewaValleyRollerDerby).