Tony Capony’s has been the talk of the town, and owner Tony Kawak says he is incredibly humbled 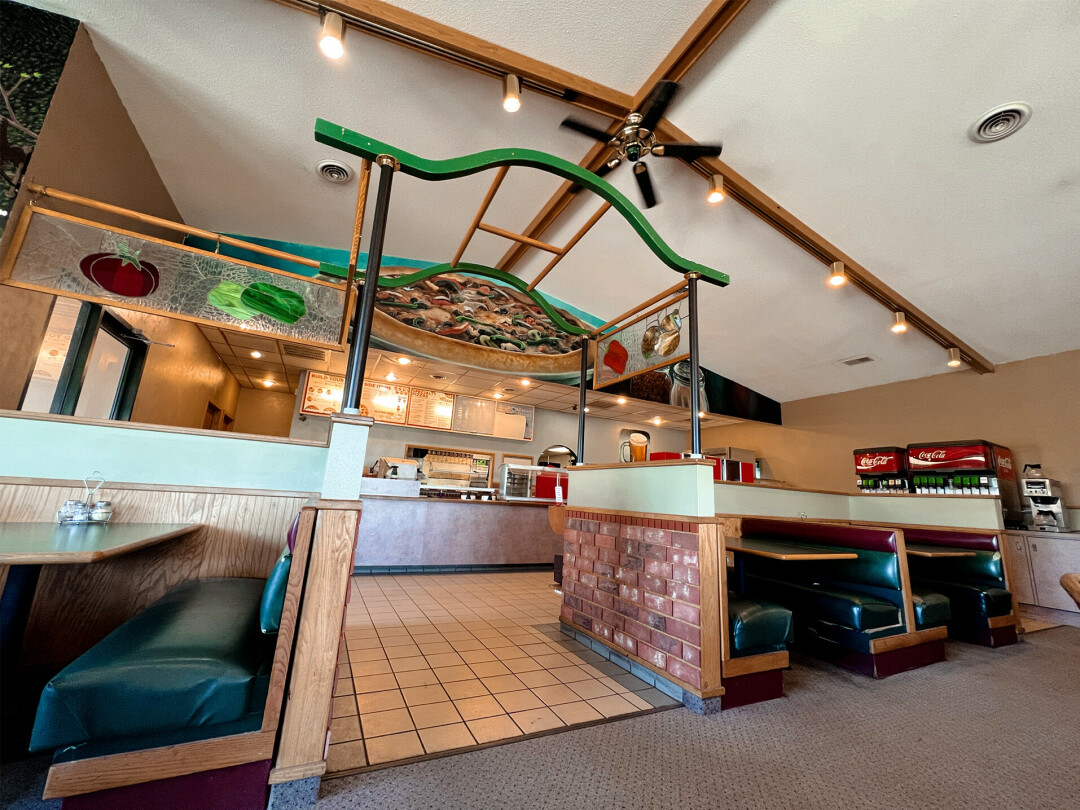 IT'S CLASSIC, IT'S TASTY – IT'S TONY'S! Tony Kawak operated the Eau Claire location of Godfather's Pizza for more than 20 years. Now, he is finally taking the reins with Tony Capony Pizza.

Tony Kawak operated the Eau Claire location of Godfather’s Pizza for nearly 30 years, and has worked even longer than that in the pizza business. Now, after pulling away from the franchise, he is finally gearing up for a total makeover: Cue up Tony Capony Pizza.

After opening up at the end of the 1990s, Kawak said he’s just about seen it all. The ups, the downs, and everything in between – and right now, the hype is very real.

Popular “foodie” group, the EC Foodies on Facebook, are definitely part of that hype, and Kawak knows all about it. Though he is not part of the group nor a frequent user of social media, he has had many customers and friends reach out to him to let him know about his pizza blowin’ up in the group. “It used to get busy, but not like this in some time, so it’s been an adjustment,” he said.

“(The Foodies Facebook group) wants to make sure this unit is successful, they even say they’d volunteer without me paying to do anything. I feel very humbled, but I don’t know how to respond to it,” he laughed.

Kawak recalled around the time he first opened in 1997, he had about 24 employees. Now, he has three staff members, and often runs the pizza shop himself for hours at a time. In fact, during the course of a recent interview he had to answer the phone about 10 times, took orders at the register (where there’s an old school box-back computer, still workin’ away), crafted each pizza, boxed them up, and served those eating inside the restaurant. 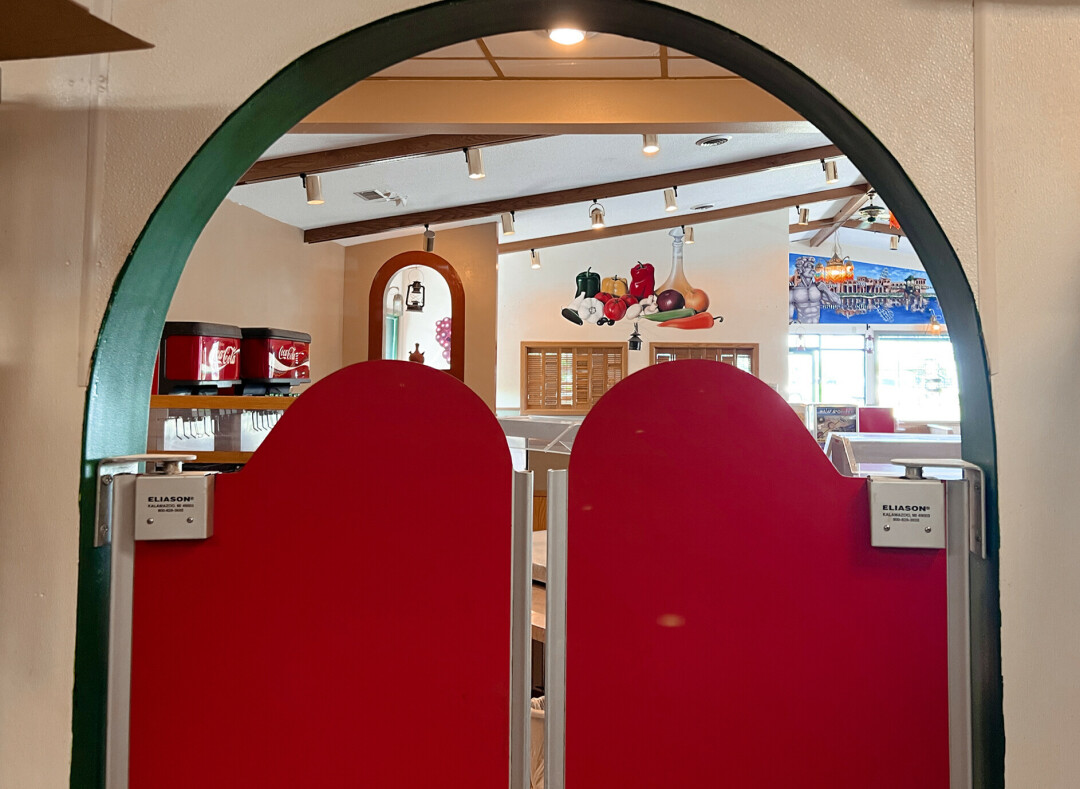 However, he said he isn’t pulling the trigger yet on advertising or hiring new staff in case the hype dies down. “I want (the growth) to be gradual, but so far that has not been the case. I mean, I’m not new to this business, (so I’m waiting to see) if it’s going to drop or keep going.”

Pulling away from the Godfather’s franchise was a choice Kawak did not make lightly, he said. But after decades running the E.C. location, he explained he knew it was time to start thinking about backing away, regardless of what he did next. After getting input from some attorneys, he did just that. Then, he realized he had all the makings for an independent business.

“About three months ago I started working on a name, and came down to five. None of them was my name – Tony – but I was thinking (about a name that is) something easy to say, easy to register in the brain, easy for people to catch onto,” he explained.

After sharing that list with a few people, he sent it over to a friend. In about five minutes, that friend called Kawak. “The list (included) ‘Sal Capony.’ He called me back in about five minutes and he said, ‘Tony, change ‘Sal’ to ‘Tony!’ Finally, I did,” Kawak recalled. 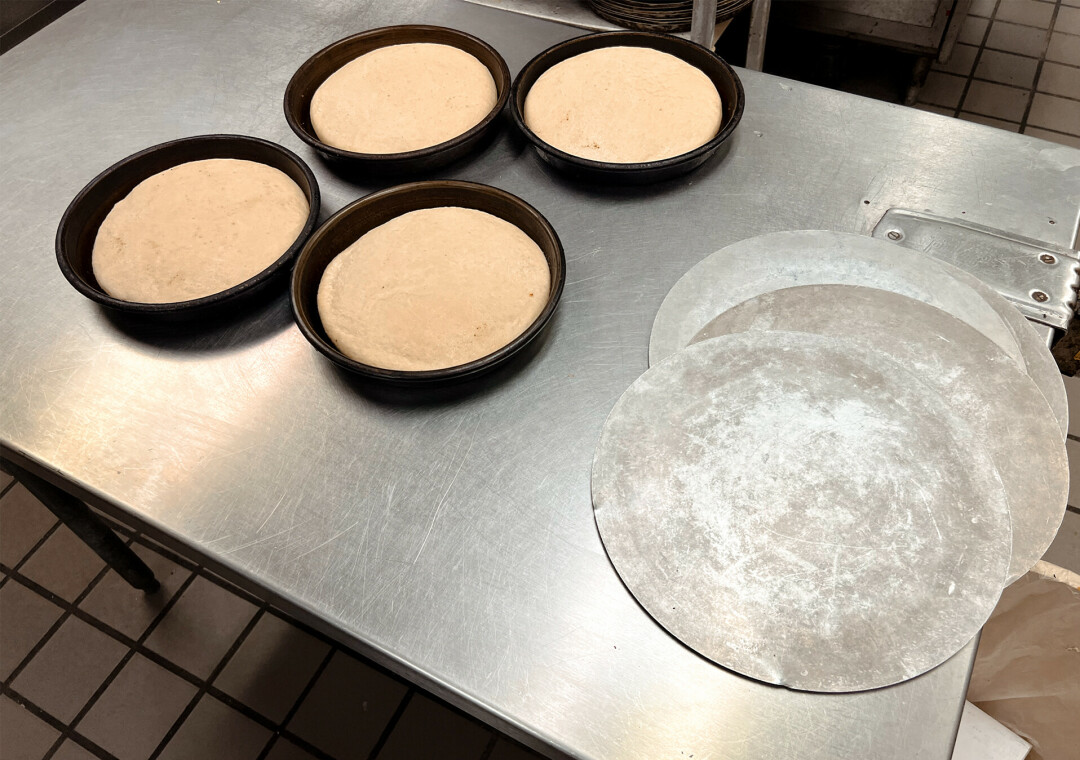 Before then, he had been coming up with his own recipes and spin on the pizza products, and now, he has a full lineup, he said. Down to the dough – which he makes, and the morning of our interview, he’d spent two hours doing so – and the sauce, Kawak said he’s made sure it is unique enough it can’t be exactly cloned or replicated, making it that much more special.

With a new logo on the way, Kawak is gearing up for new signage as well. (He offered a sneak peek at some design drafts, and you’re going to love it, folks!) He said he wanted to keep it classy but still fun, which is how he describes his restaurant’s atmosphere, too.

Though Kawak will be shutting down the shop for two weeks while he goes to visit a family member in Lebanon (Sept.12-Sept. 27, planning on being back in the store Sept. 28), he is hopeful folks will continue to support him after the initial hype. “The city has been very supportive, you know, from day one. When I do these things, we always keep them in mind, what people want.”

Get ready for a new sign, expanded menu, and the same classy atmosphere, folks. Tony Capony Pizza is here for the long haul. 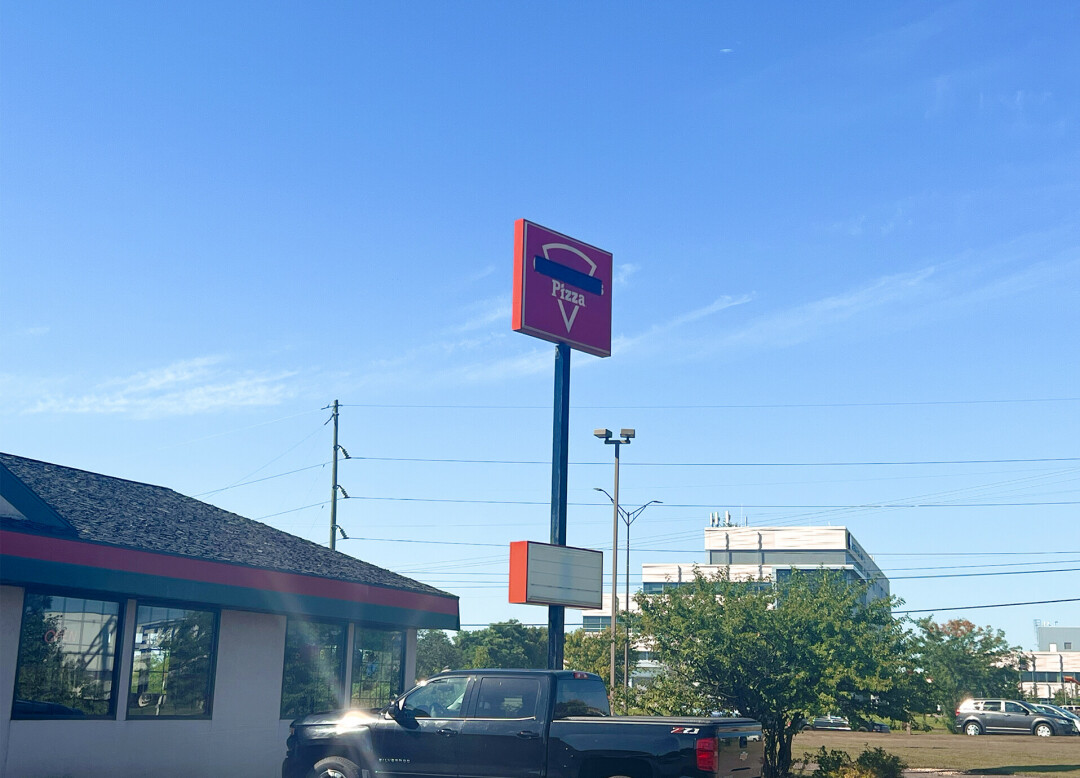 Currently, owner Tony Kawak is working on a brand new logo and expanded menu, but in the mean time, pizza is still cookin' away at the same location.