Mabels in Downtown Eau Claire Is Truly a Hidden Treasure 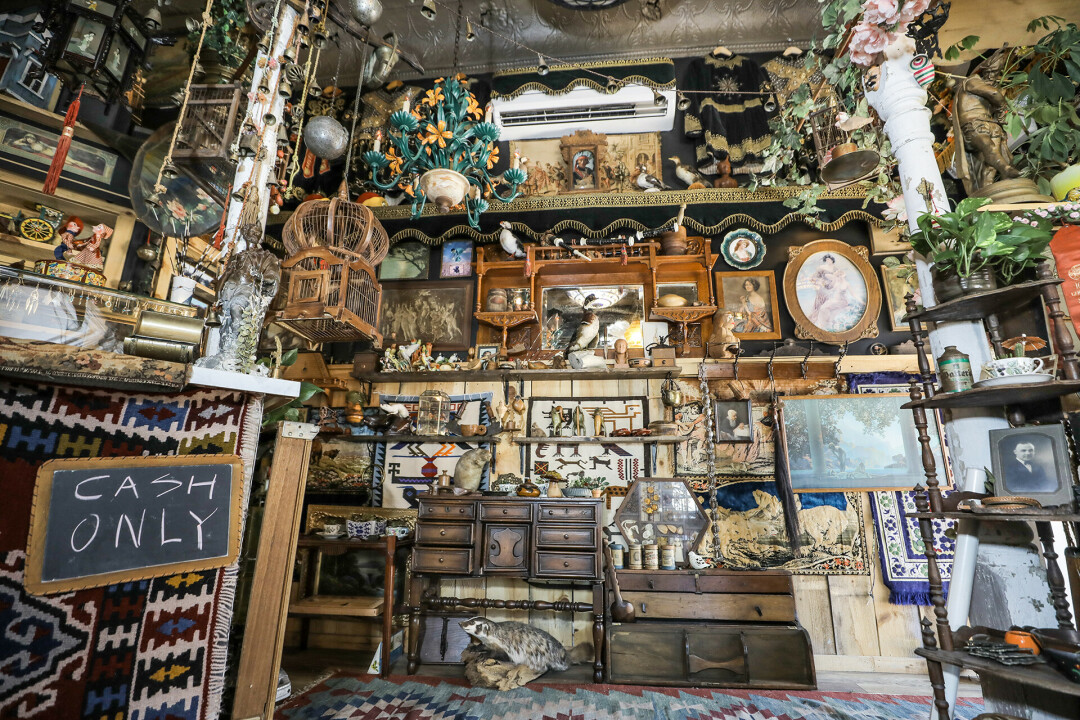 A PLACE OF WEIRDNESS AND WONDERMENT. Mabels in downtown Eau Claire is more about the experience than money.

If you’ve peeked in the windows of the store on the corner of Main and South Barstow streets (which until recently housed Raggedy Man) and wondered what the heck is in there, well then you’ve accomplished the owner’s goal for the store. Jonah Lemke, proprietor of Wintership Tattoo, opened Mabels to fill with the trinkets he collects and to inspire curiosity.

Filled floor to ceiling with curios and unique items that Lemke has either collected or created over many years on display for people to gaze upon. While you can buy most of the items (cash only), that isn’t Lemke’s main goal for Mabels.

“I don’t really care if it makes enough money,” Lemke said. “To me, it’s more about making memories for kids. It’s more of an environment than it is a shop.”

Always the collector, Lemke said he was offered this location and didn’t want to pass it up, so he decided to turn it into his dream of a strange and exciting place for people to discover as they pass by. Ever since its opening about a month ago, Lemke has said that many people have expressed how much they love the place and all of the cool things inside. In fact, Lindsibeth Beaver, who now works at Mabels, walked into the store and immediately fell in love. 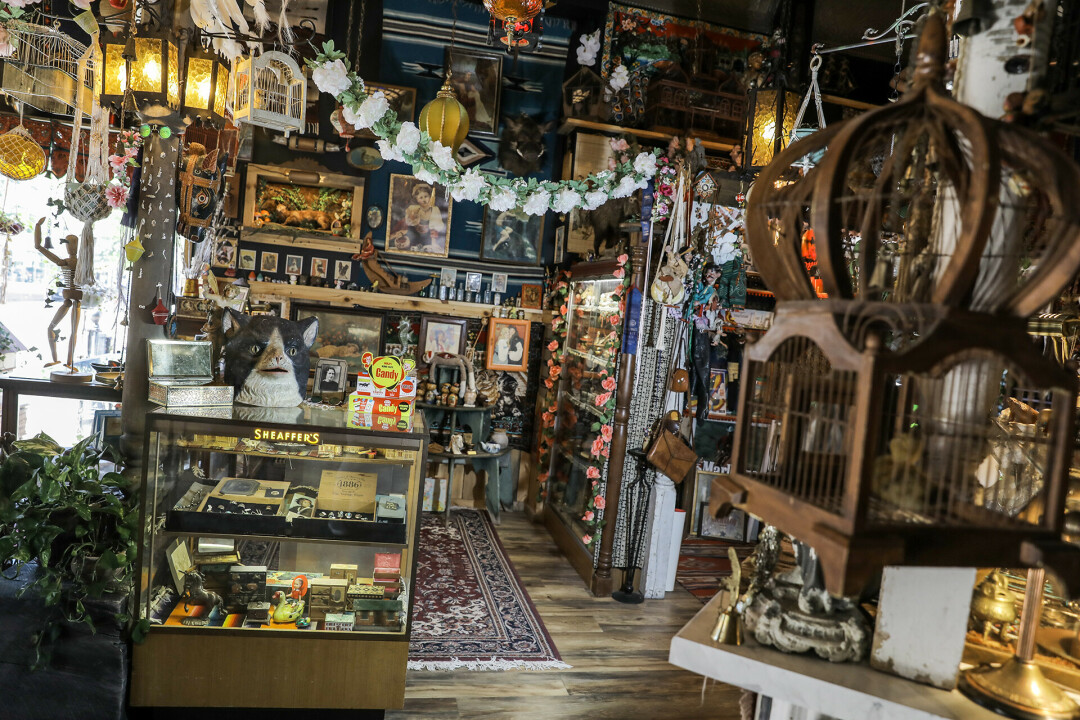 “I was walking past and I was like, ‘What is this?’ which I think is what most people think, too,” Beaver said. “I stumbled into Jonah on the street and asked if this was his place. He said it was, so then I asked if I could work here.”

Beaver explained that she felt instantly connected to Mabels and loves what Lemke continues to bring in and do with it.

“He’ll just walk in one day and say ‘There’s not enough stuff here,’ ” Beaver laughed. “He knows where everything is and the stories behind every item.”

“I wanted it to be a place where you’d find a Mogwai, like from the movie Gremlins,” Lemke said. “I want people to come across it and explore it on their own.” 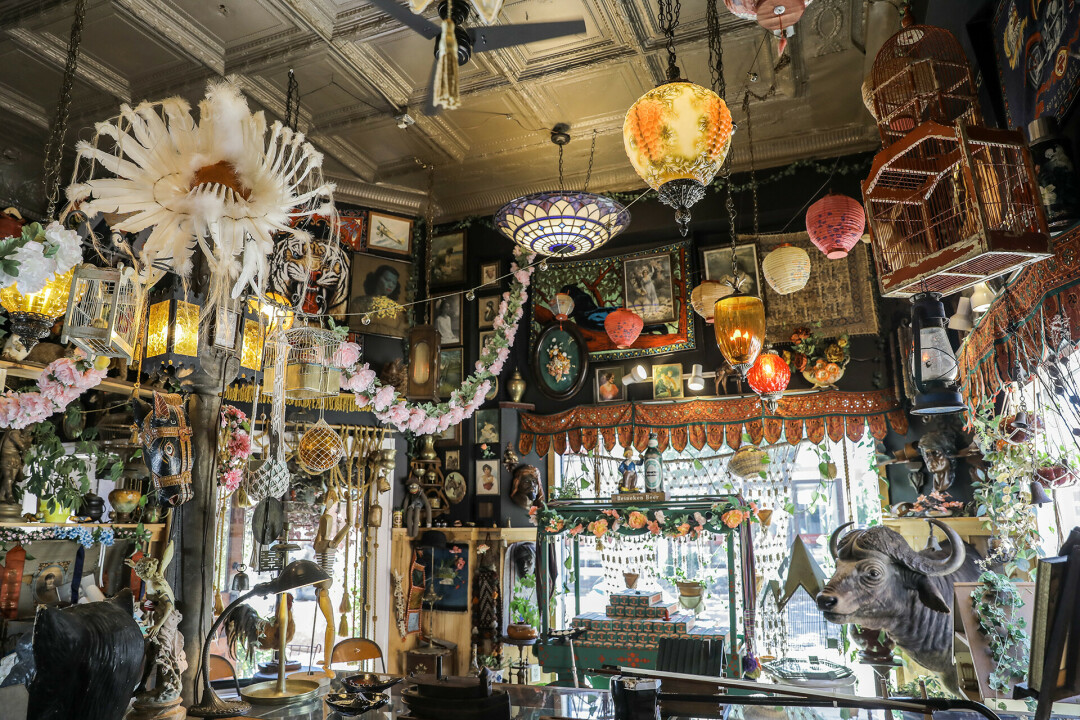 In the near future, Lemke plans to have Mabels Treasure Hunts; He will place small items, trinkets, and money into a small treasure box, then post a picture of it hidden somewhere around town on Instagram. The first person to find it gets to keep it.

Lemke said his favorite thing about running the store thus far is meeting so many new people and chatting with them about the items inside. “It’s an ever-changing sculpture,” he said. “And I want to keep it overwhelming, so whenever people look around, they find something new with every glance.”