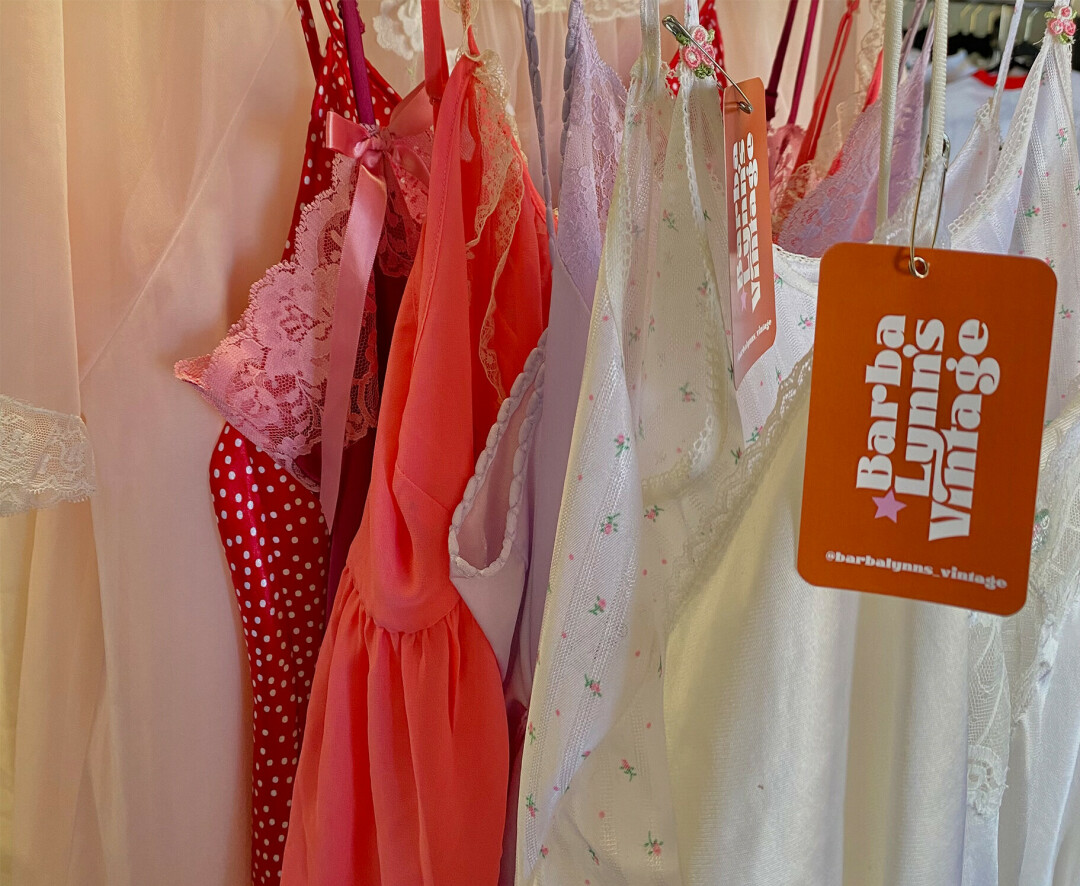 THE BARBALYNN LOOK. Menomonie local Maysa Maraia has vintage clothing curation in her blood, thanks to her grandma's own lifetime of secondhand retail and vintage curation. Now, Maraia is opening up her own vintage resell store in Menomonie. (Submitted photos)

Following in her grandmother’s footsteps, Menomonie native Maysa Maraia is taking her knack for vintage fashion to the next level with her very own storefront: BarbaLynn’s Vintage.

Already in the works around the corner from The Raw Deal in Menomonie, BarbaLynn’s Vintage will house Maraia’s own curation of items plus vendors with a wide span of items and styles. “As I started to expand and looked at my vision for a shop, I thought it was important to focus on making this a community rather than all about me, myself, and I,” Maraia explained.

Though BarbaLynn’s has skyrocketed as an online shop thanks to popular resell app Depop and its Instagram account during the past handful of months, Maraia has been collecting and curating vintage pieces to sell for years, even selling in the same space her grandma did years ago. 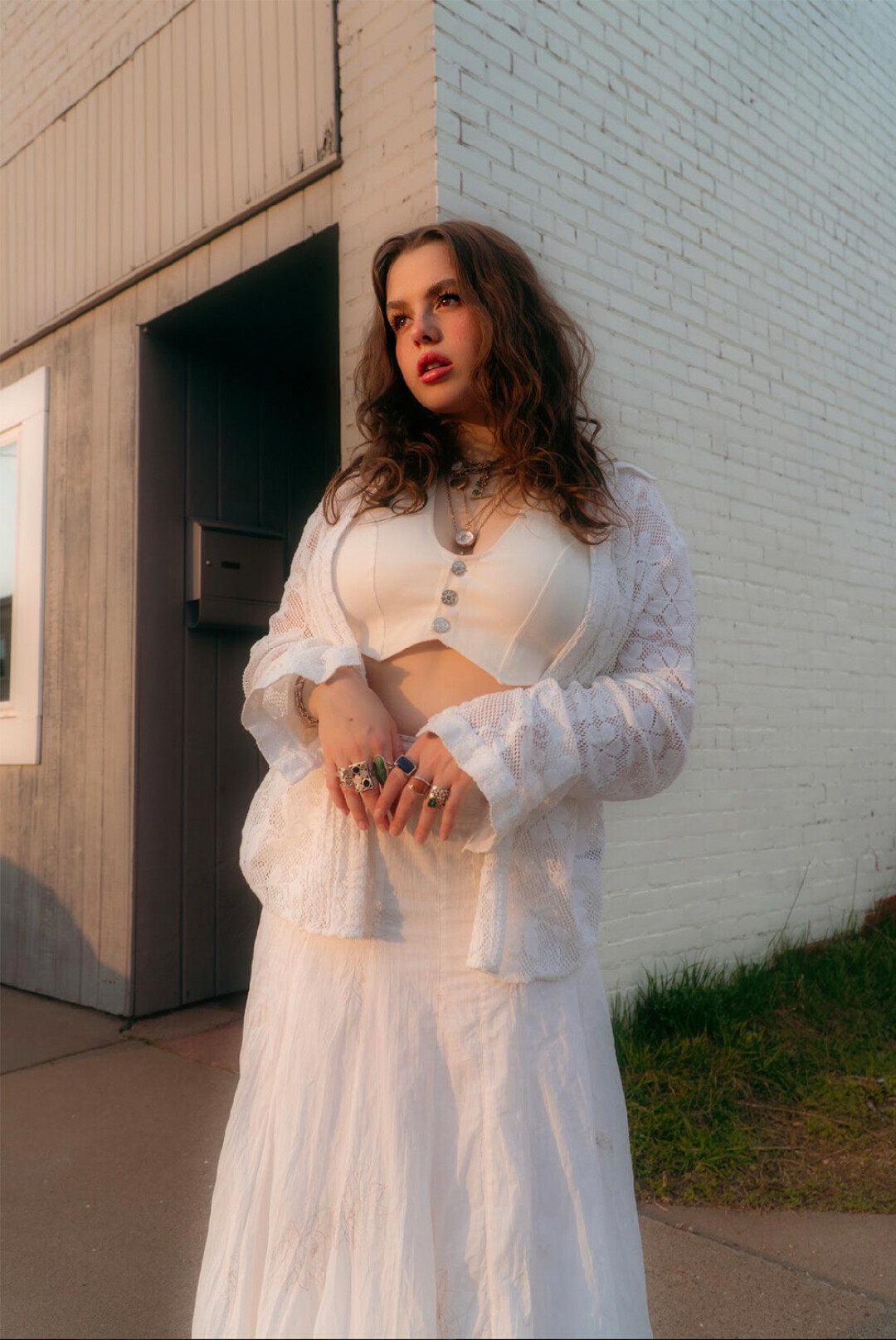 “In the ’90s in the Acoustic Café building, the basement had a shop called Rose Room (that my grandma resold clothes at), and it was this vintage store with a bunch of dresses and apparently it was a big hit for the college girls,” Maraia said.

Her grandma, alongside some of her friends, later opened their own storefront too that operated in Menomonie. “About five years ago a woman named Sylvia bought out the place that my grandma and her friends sold at, then two years ago, I started selling there.”

Maraia said her items started selling like wildfire soon after taking up space in the café’s basement, the same place her grandma had once sold vintage wear, bringing in a different demographic of shoppers. “Less than a year ago, in January, I was like, ‘OK, I need to make an actual account for this,’ because for the past year I’ve been selling without any branding for myself or the clothes.”

Thus, BarbaLynn’s was born. Though she had traveled to Duluth to college, she found it just wasn’t the right fit for her, and came back to Menomonie, deciding to focus on BarbaLynn’s while taking a gap year in her studies in 2022.

“I came back, and then this summer, (BarbaLynn’s) started skyrocketing and people were really interested in my clothes. My dream as a little girl was to be like my grandma and have my own shop,” she said. “That’s what I’m pursuing now: trying to fulfill that childhood dream.”

She described BarbaLynn’s as funky and unique with a range of styles that fit just about anyone. “It’s a unique blend of random vintage pieces,” she said. “Things from Gunne Sax dresses to Coogi sweaters, things with totally different styles.”

my dream as a little girl was to be like my grandma and have my own shop.

founder and owner of Barbalynn's vintage

Already having seven vendors lined up for the store’s opening – including her grandma – two of the vendors focus on upcycling clothes, which Maraia said she is especially excited about since those pieces are truly one-of-a-kind. For the incoming store, Maraia said she is trying to stress the importance of sustainability, especially in regard to fast fashion.

“Today’s clothes are cheaply made in the fast fashion industry, and it’s being made on a really high scale,” she explained. “I’m trying to promote fashion and sustainability in a way where people don’t flood fashion even more. They can come here and still find pieces that are even better quality, more unique, and that fit their styles and bodies.” 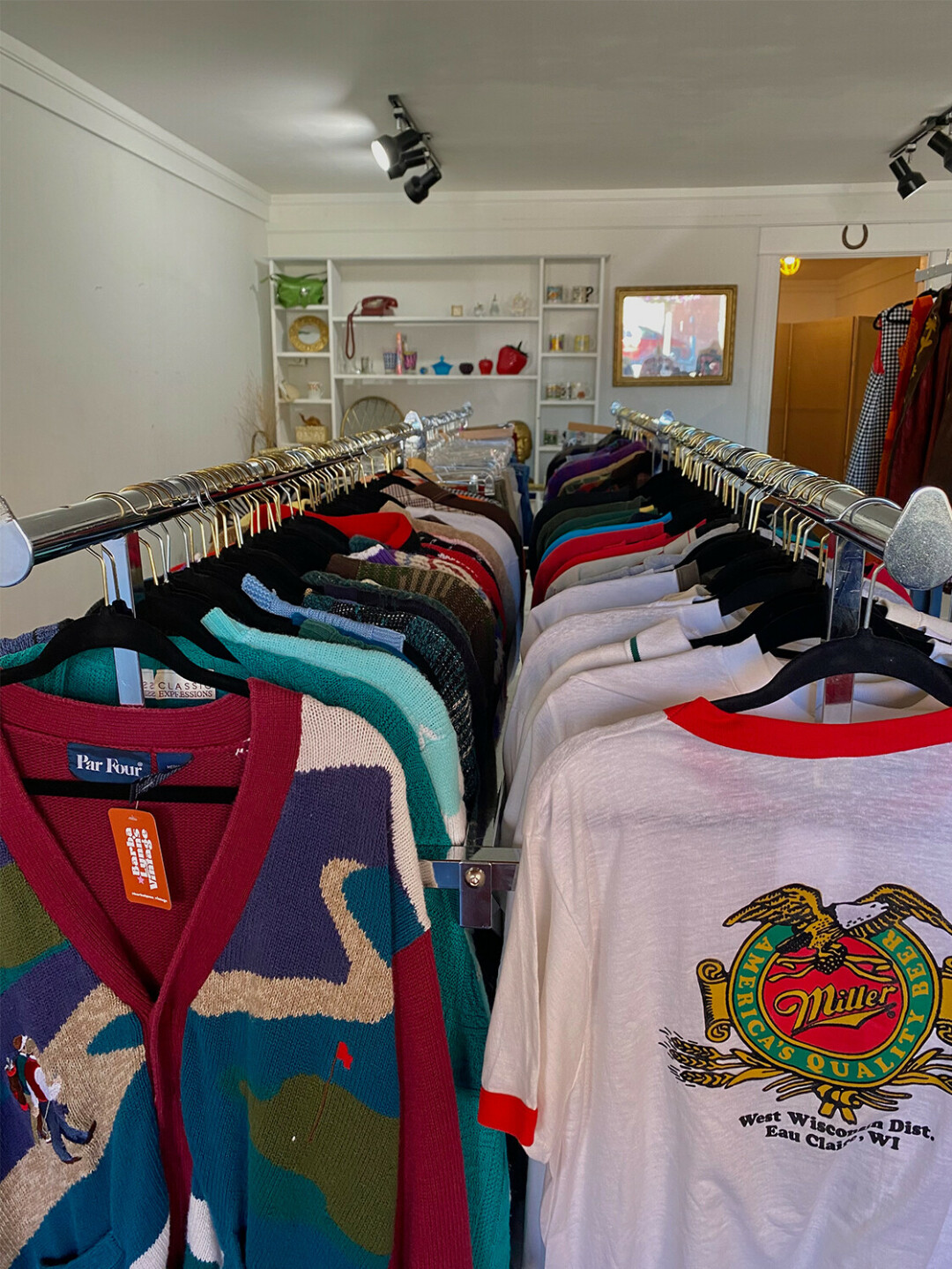 A sneak peek into the BarbaLynn Vintage storefront, which is located in the same building structure as The Raw Deal in Menomonie, but around the corner at 603 S Broadway Street.

BarbaLynn’s will also utilize bags for purchased items that are 100% biodegradable, alongside other tactics that are mindful of reducing waste.

Located at 603 S. Broadway, the shop’s space connected to The Raw Deal, BarbaLynn’s Vintage storefront is planning a soft opening around Sept. 3-4, Maraia said. If all goes as planned, a grand opening will follow Sept. 17. 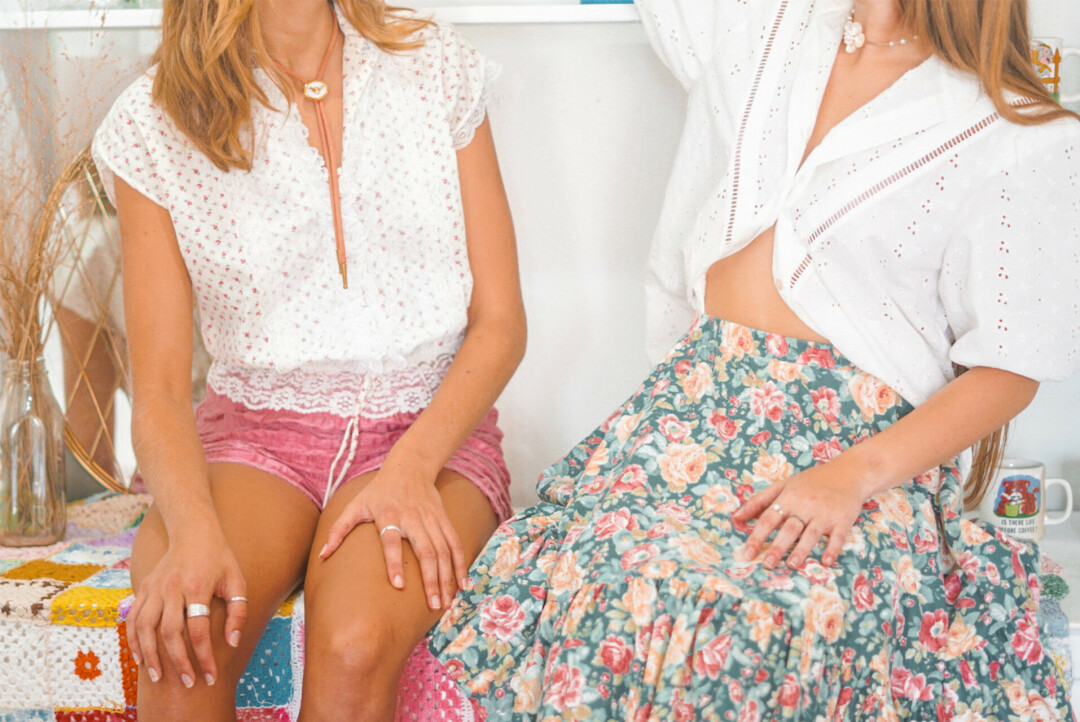 From a photoshoot done in the store to promote its opening.

Follow Barbara Lynn's Vintage on Instagram (@barbalynns_vintage) to keep up with Maysa Maraia and the soon-to-open store (603 S. Broadway St., Menomonie), or head over to their new website.