SPREADING ITS WINGS: Down to Earth’s New Mural 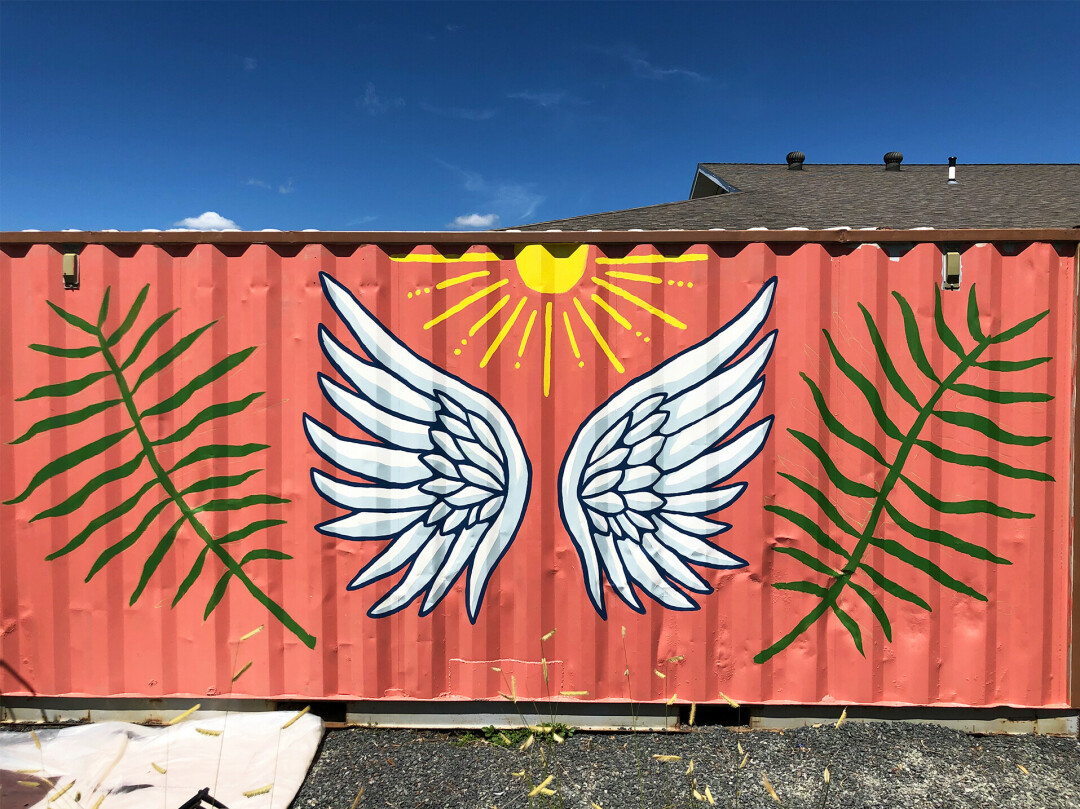 (WING)SPANNING ART. The local garden center is getting two murals around its grounds thanks to a local artist, and employee. (Photos contributed by artist)

Thanks to a talented local artist – who also happens to be an employee – Down to Earth Garden Center just got that much more pleasing to the eye with a new mural.

Caitlin Plaisance, an Eau Claire artist, has worked at Down to Earth (6025 Arndt Lane, Eau Claire) since last season and admits she has poked and prodded owner Ben Polzin about letting her spruce up a certain part of the center for some time.

“Two years ago, Ben bought a few shipping containers to use for some additional storage space and I’ve been on his case to help spruce them up and create a nice visual backdrop for our perennials,” Plaisance explained.

Prior to the rich backdrop that makes the new wingspan mural pop, the containers were … lackluster. 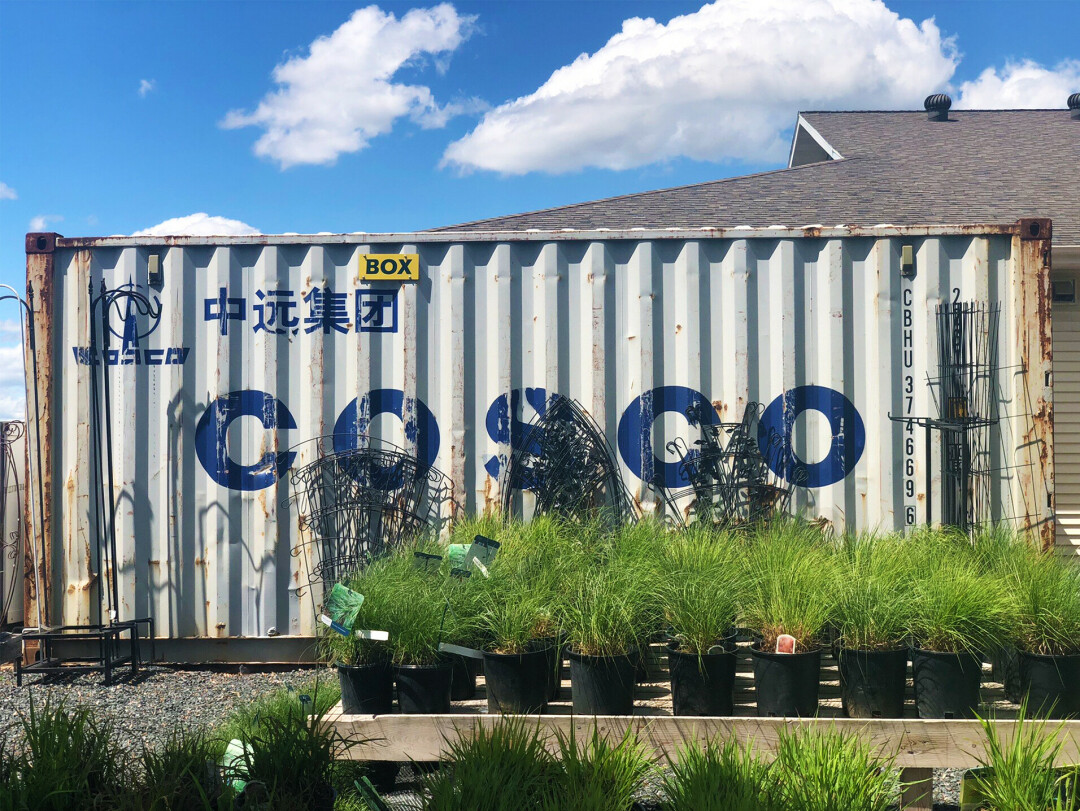 Plaisance’s work has been on display at SHIFT Cyclery Coffee Bar all summer long, her first mural project having just been completed this July at the Altoona library thanks to Color Block. Down to Earth’s new mural joins Plaisance’s body of works around the area, and the next mural at the garden center will be completed in September, also by Plaisance.

Plaisance grew up as a creative kid and has been taking her artistic talents in painting seriously since 2019. She also earned a degree in horticulture and loves her current day job and work in horticulture as much as she loves art, and hopes to have a few more exhibits in the future showcasing her work. 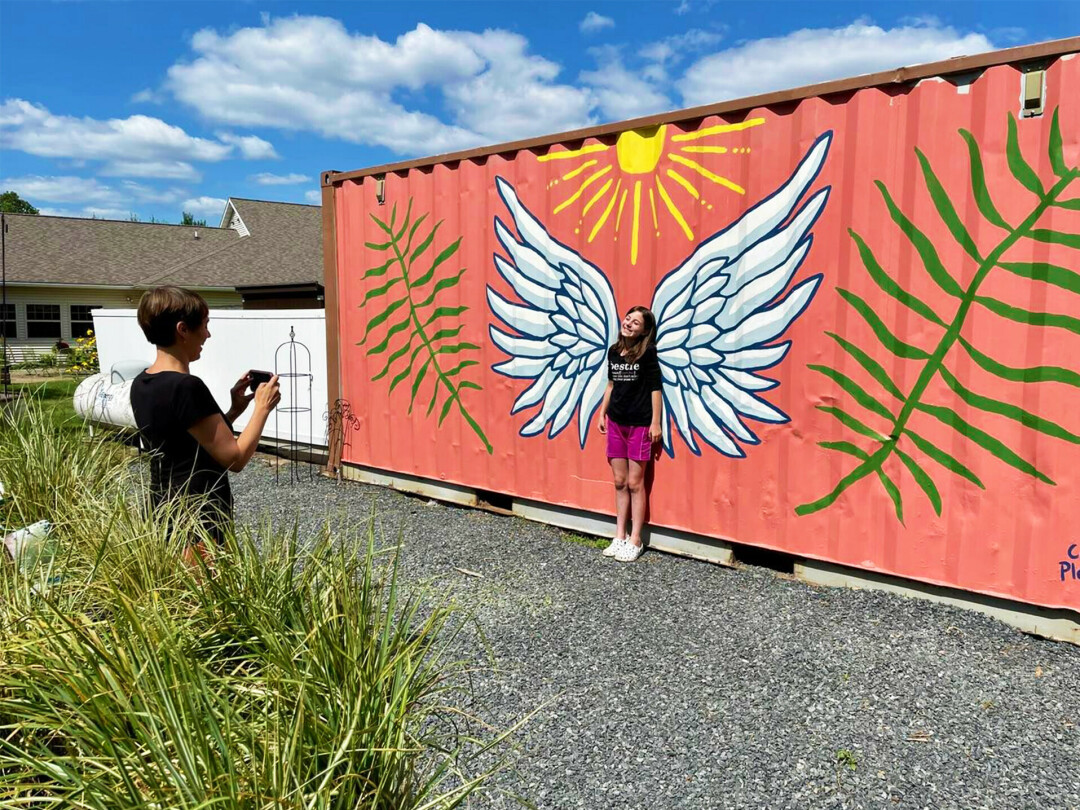 “Down to Earth has been a really healthy place for me to be and work in the past few years. It’s hard not to notice how much (Ben, John, and Sandy Polzin) take care of their employees, so these murals are a nice way to give something back,” she said.

At the root of the mural is its personal meaning to the owning family’s own faith and religious community involvement.

Check out Caitlin Plaisance’s next work by following her on Instagram (@dirty__hairy) and see Down to Earth’s daily work on Facebook.