Menomonie’s ‘Mullet Boy’ Wins It All THE MANE EVENT. Menomonie's Emmitt Bailey is now on a press tour after winning the kids division of the 2022 USA Mullet Championship.

Menomonie’s Emmitt Bailey was crowned champion of the USA Mullet Championship Kids Division this past Sunday, officially becoming 2022’s “Mullet Boy.” The eight-year-old from the Valley now has total bragging rights and raked in $2,500 for his first-place win, garnering nearly 10,000 votes in the online contest (more than 1,000 more than the runner-up). 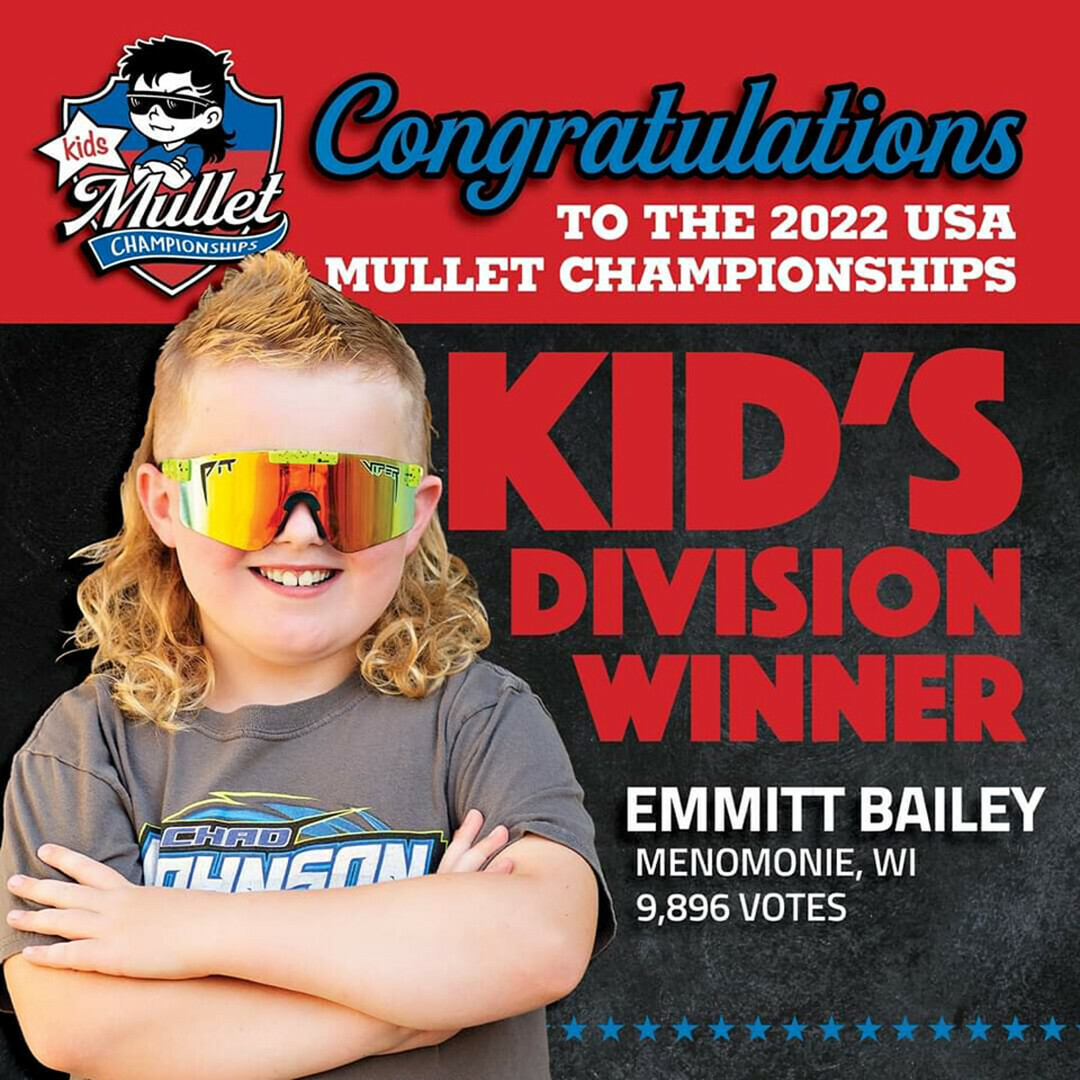 From about 700 entries, the kids division was winnowed down to the top 25, Bailey gained quick popularity online for his wicked ’do and the holographic Pit Viper sunglasses he donned in his official photos.

The USA Mullet Championships gained traction during the voting period, Aug. 15-Aug. 19, with professional athletes like Jared Allen and celebrities like David Spade talking up the competition on social media.

Menomonie’s Mullet Boy told WEAU 13 News that he wanted to buy a go-kart if he won the grand prize, so stay tuned for a flash of mullet-mane whizzing around town.

Check out the USA Mullet Championships’ Facebook page for more info and photos of the entries. Fans can check out Emmitt’s own Facebook page, too!