if we can't have Eaux Claires, at least we’ve got this new tune from its creators 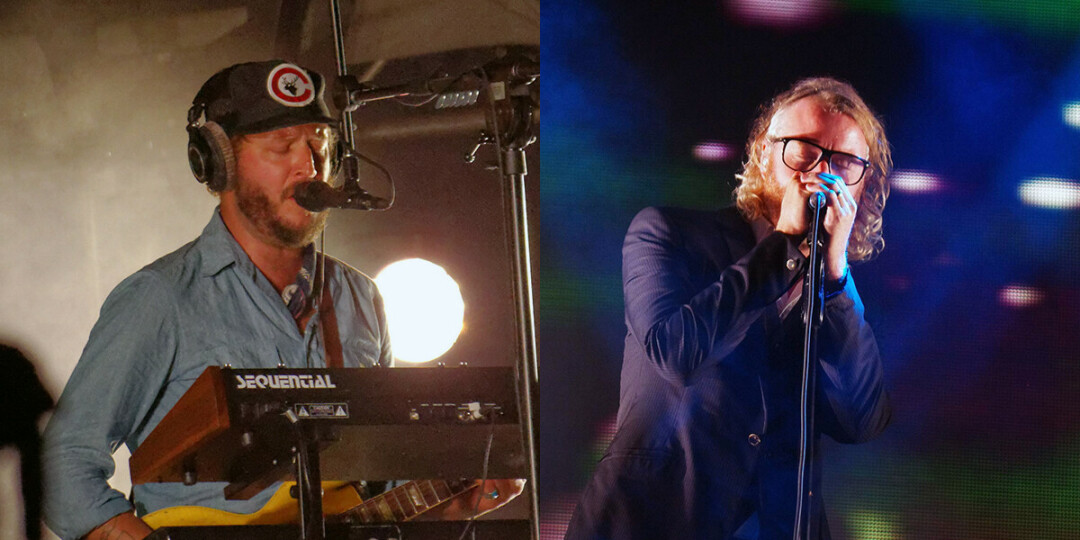 HELLO AGAIN. Justin Vernon, left, and Matt Berninger of The National can be heard on a new single, "Weird Goodbyes." (Photos by Luong Huynh)

Back in the old days – and by “old days” we mean “four years ago” — the woods and fields alongside the Chippewa River were filled with musicians and artists of all kinds for a big collaborative shindig known as the Eaux Claires Music & Arts Festival.  The fest was the brainchild of Bon Iver’s Justin Vernon and The National’s Aaron Dessner, and it featured all manner of artistic collaborations, on stage and off.

Eaux Claires has been dark for a few years now, but a glimmer of that collaborative spirit survives in a just-released single that brings Bon Iver and The National together. “Weird Goodbyes” is a bittersweet number that blends Vernon’s familiar, flexible voice with the brooding tones of The National’s Matt Berninger.

The National have apparently been playing it on their summer tour, and Berninger told Stereogum that the track is about “letting go of the past and moving on, then later being overwhelmed by second thoughts.” (Maybe those second thoughts are about reviving Eaux Claires? Well, we can dream.)

The song was officially released Monday, Aug. 22, and can be found on Apple Music, Spotify, and pretty much everywhere else. Here’s the lyric video: