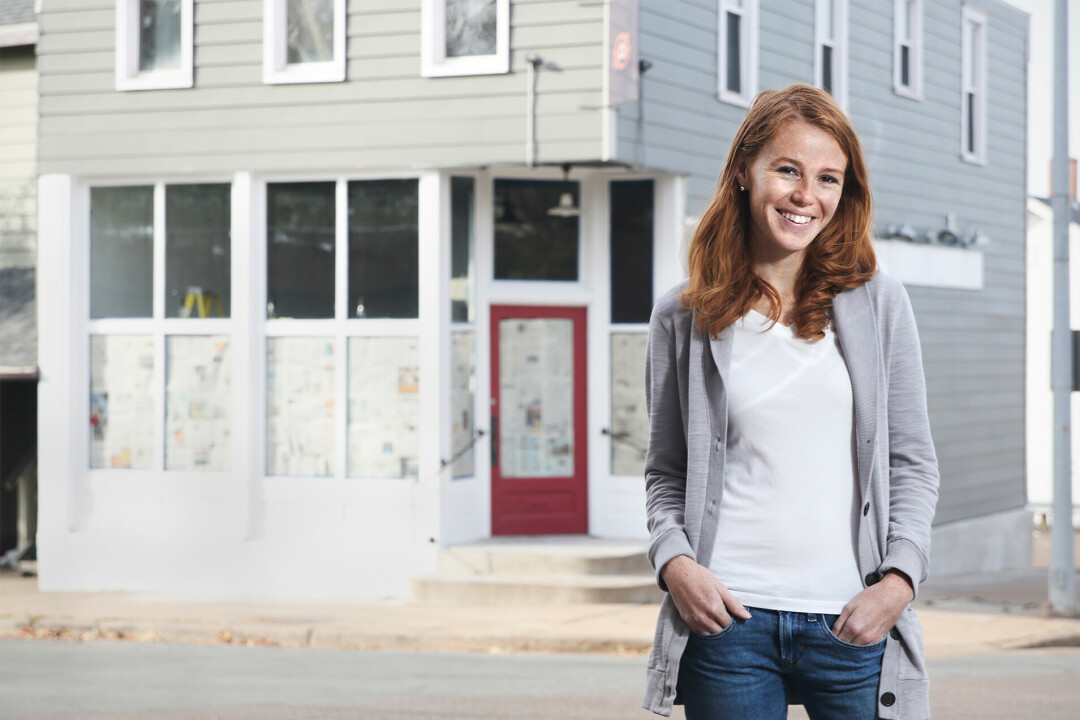 FAREWELL TO A DOWNTOWN FAVORITE. Rebecca Cooke opened Red's Mercantile in downtown Eau Claire in 2015. The shop will soon close, but the space will be filled by Hive + Hollow.

After seven years on the corner of Dewey Street in downtown Eau Claire, Red’s Mercantile is closing its ruby door for the last time. Fresh on the scene in 2015, the lifestyle shop created its own foothold in the small business community thanks to owner Rebecca Cooke, who supported women-owned businesses and the local community throughout its years.

After announcing the news via social media on Thursday, Aug. 11, Red’s received an outpouring of support both online and in-store, as its closure also signaled a sale on its remaining goods – the shop known for its curated, American-made home items and clothing – which were almost completely sold out by the following Monday. 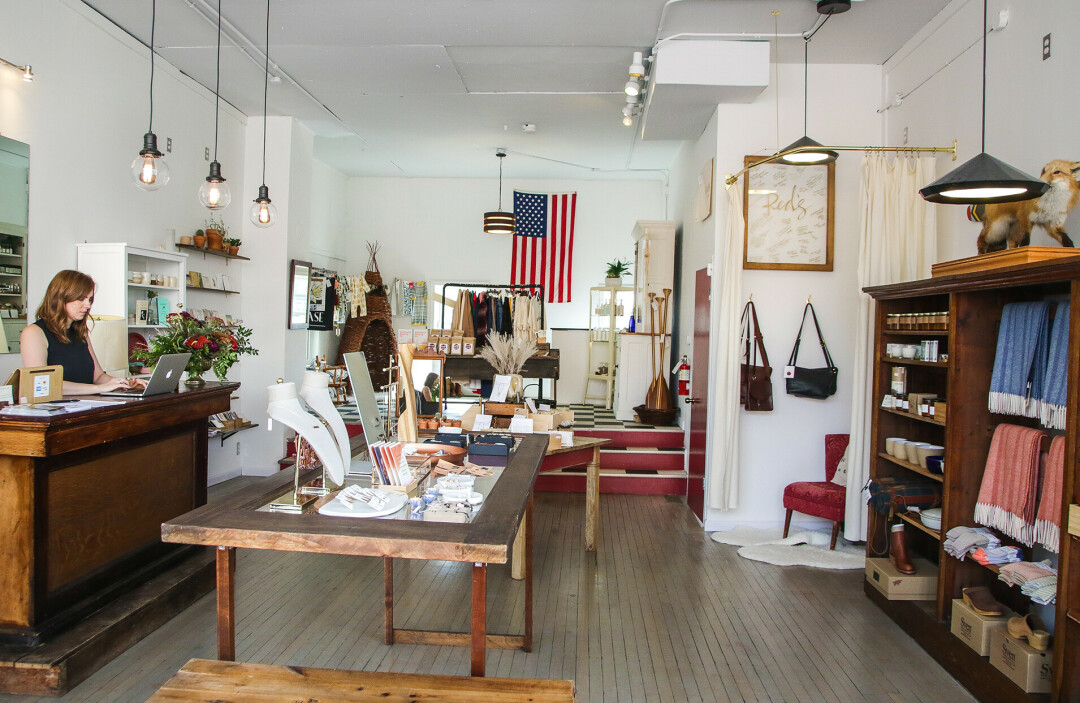 Cooke, who just finished off her first political campaign in a bid for U.S. Congress, had been planning on closing Red’s Mercantile regardless of the primary election’s outcome, she said. Though she came up behind Brad Pfaff, who will represent the Democratic Party in the general election for the state’s 3rd Congressional District seat this fall, Cooke isn’t losing speed.

“I don’t intend to leave the area. I’m still weighing my options of what’s next, but it will likely be opening another small business,” Cooke said. “The Red Letter Grant will remain a fixture in this region, serving women entrepreneurs for decades to come.”

The Red Letter Grant, a nonprofit founded by Cooke, has given out tends of thousands of dollars worth of grants to women-owned businesses in western Wisconsin.

As Red’s says goodbye to our neck of the woods, a new business – and recipient of the 2018 Red Letter Grant, a nonprofit founded by Cooke – will be joining the Dewey Street ranks in the very same spot: Hive + Hollow plans to open its second store at Red’s soon-to-be-former location, 224 N. Dewey St.

No stranger to the Valley community, Hive + Hollow is an award-winning flower and gift shop that’s planted its roots in Menomonie. Hive + Hollow owner Sarah Lambert Freeman, a Wisconsin native, has left her green-thumb fingerprints throughout the Twin Cities area in the landscaping, wedding floral, and design studio worlds, earning many awards along the way. The shift out of Minnesota and back to Wisconsin came a decade ago when Lambert Freeman and her family moved to Menomonie in 2012 as her husband was teaching at UW-Stout.

Since then, the family has filled about two acres with perennials that are harvested for bouquet and design use at Hive + Hollow, and in 2018, the store opened in downtown Menomonie.

“(Since its 2018 opening) we have weathered cancer, a global pandemic, and economic upheaval,” Lambert Freeman said. Not one year following the shop’s September of 2018 opening, she was diagnosed with Invasive Ductal Carcinoma. Enduring chemo, radiation, and six surgeries, she gave much credit to “a passel of badass women” who came together, organizing and volunteering their time to keep Hive + Hollow open and operating. 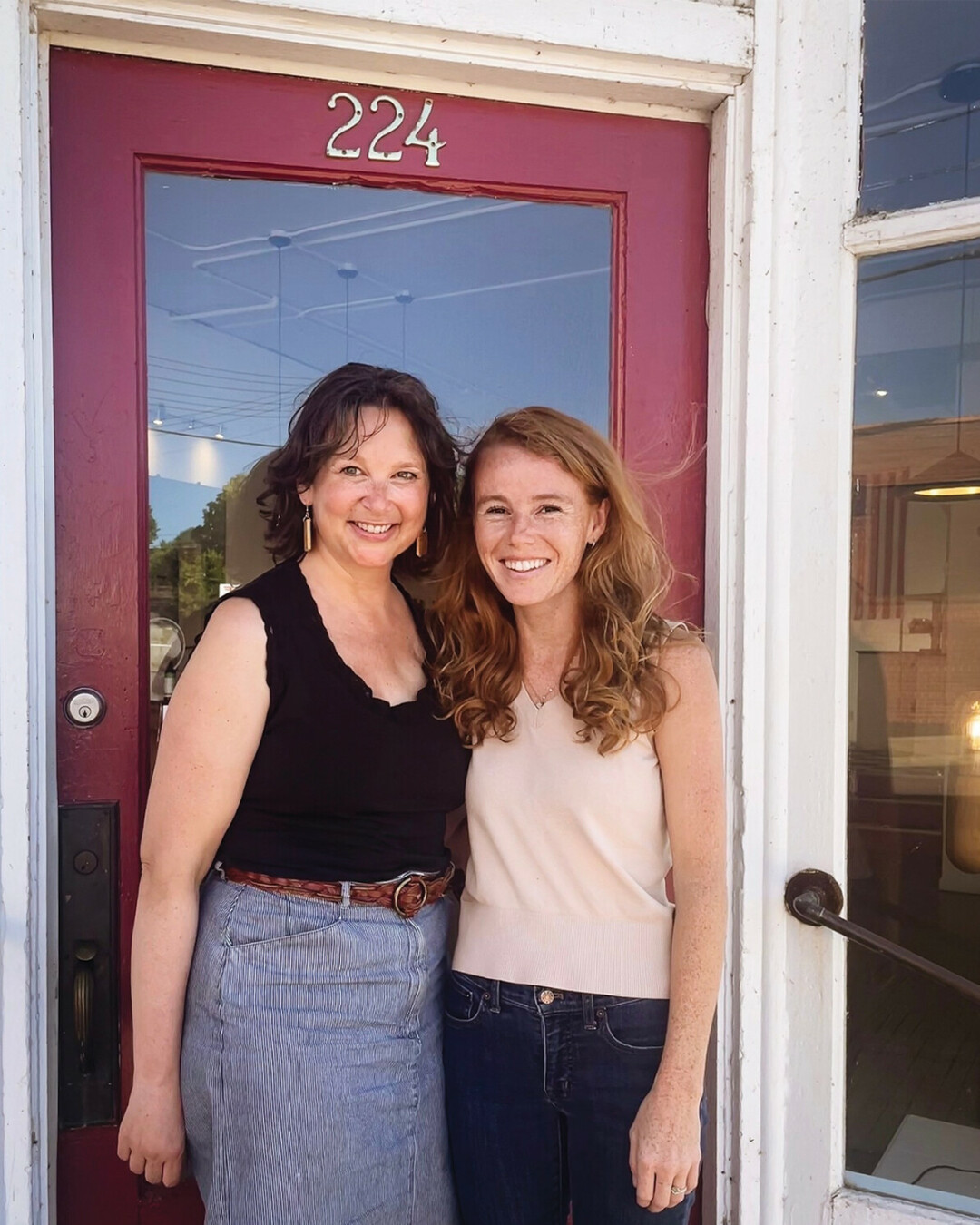 Sarah (left) and Rebecca (right) are pictured above, the photo used in their social media announcement of Hive + Hollow's soon-to-be residence in what has long since been Red's Mercantile.

“We limped through that time with their help and with the support of our amazing clientele and community,” she recalled. “Then COVID hit.”

Hive + Hollow’s team is made up of Lambert Freeman, staff member Charis, and Rowan, Lambert Freeman’s son, who she credits with keeping the shop alive during the initial years of the pandemic and now is an integral part of the family biz. “At the time, our son Rowan was 16,” she recalled. “(He) basically taught himself to code and designed an amazingly functional and beautiful website.”

With sustainability ingrained into the decadent and eclectic shop thanks to Lambert Freeman’s 1970s-grown environmental consciousness, Hive + Hollow sources locally as much as possible, U.S.-grown second, and imported last, she said.

They use hybrid cars for their daily deliveries and a bike wagon a friend built for floral deliveries. They also compost waste, reuse packaging materials, repurpose cardboard as weed barriers in their garden, and purchase vintage and second-hand vases whenever possible. Lambert Freeman aims to avoid floral foam too, which doesn’t decompose, and is a known carcinogen, she explained.

Customers have called the Menomonie-based store “magical,” a stand-out and intentionally curated collection of vintage and natural treasures, offering a range of price points to make meaningful shopping fun, and affordable.

“We of course offer fresh and dried flowers for weddings, events, and everyday occasions as well as plants and gardening accessories, home goods, apothecary items, cards and prints, jewelry,” she said. “All with the option to have items delivered within the Menomonie and Eau Claire areas, or shipped nationwide.”

Hive + Hollow is aiming for a mid-September opening, so keep an eye out for this side of Dewey Street to gain a new neighbor this fall.

Visit Red's Mercantile's online store for the remainder of its available merchandise, and head over to Hive + Hollow’s website to learn more about the soon-to-come downtown store.