Artisan Forge Owners Honored by Ashley for the Arts 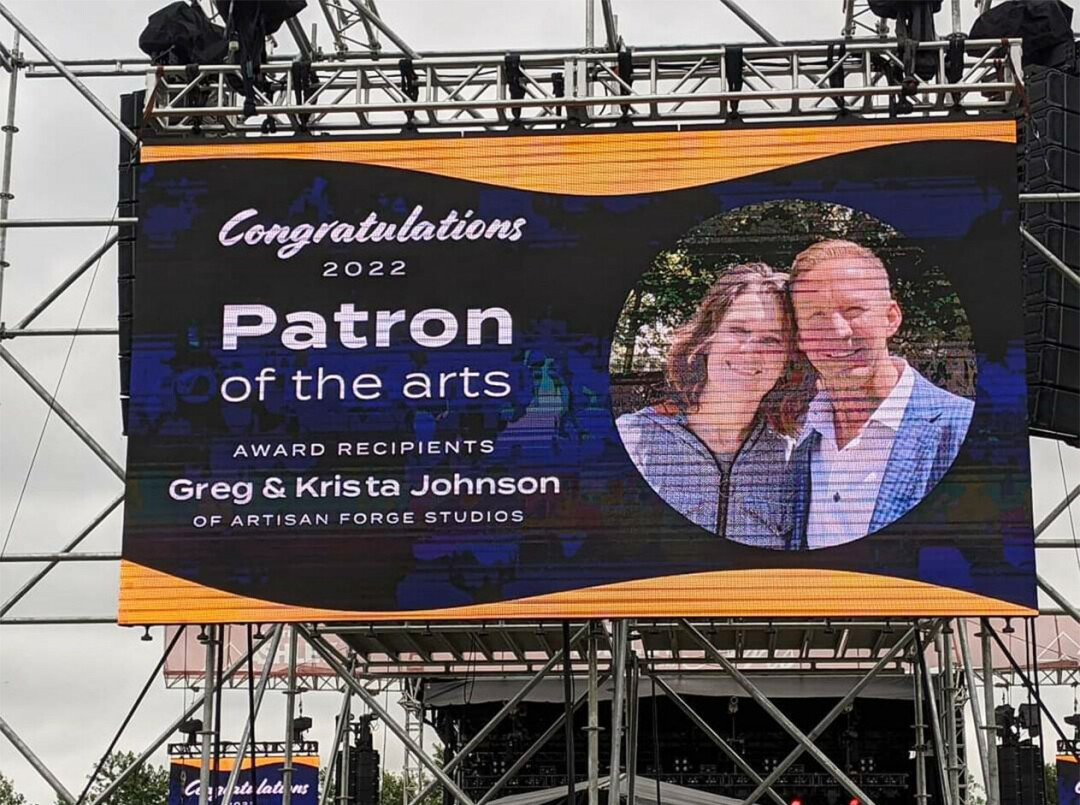 AWARD FOR ARTISAN FORGE. Owners of Artisan Forge Studios in Eau Claire, Greg and Krista Johnson, were awarded the "Patron of the Arts" award by the Ashley for the Arts committee at this year's festival on Aug. 13. (Photo from the stage announcement via Facebook)

Greg and Krista Johnson, owners of Artisan Forge Studios in Eau Claire, received the prestigious “Patron of the Arts” award at this year’s Ashely for the Arts festival and fundraiser in Arcadia. The award honors people or organizations that have shown above-and-beyond support for the arts in the region. The Ashley for the Arts committee is given the task of choosing each year’s recipient.

Right before one of this year’s headliners, Cole Swindell, got up to rock out on the main stage on Aug. 13, the final day of the festival, the Artisan Forge duo was announced as this year’s awardees, with the big screen displaying the news.

Since opening in 2015, Artisan Forge has more than left its mark on the Valley’s art scene, having fostered an expansive network for artists and hosting an array of unique art galleries and shows, music and fashion events. It’s also known as a hotspot for its vibrant murals and large sculptures.

Artisan Forge currently houses more than 30 vendors of all artistic forms, the Sweet Driver Chocolates & Café, and its own gift shop. 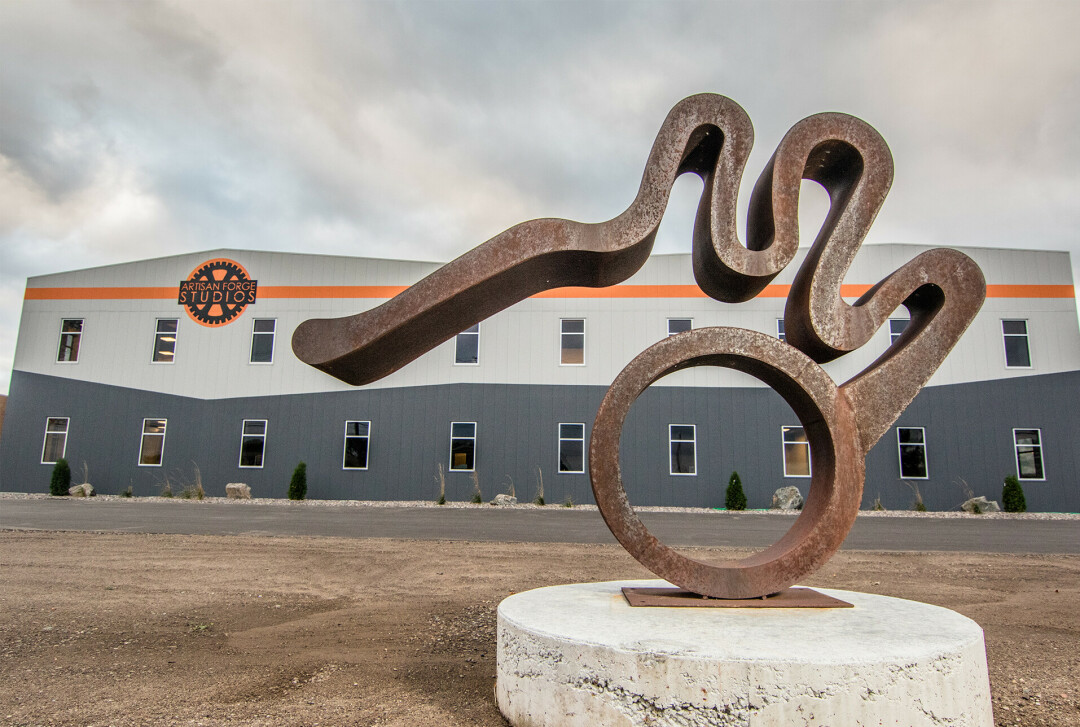 Visit Artisan Forge Studios at 1106 Mondovi Road, Eau Claire, and visit their website at artisanforgestudios.com to learn more about their current vendors and events.