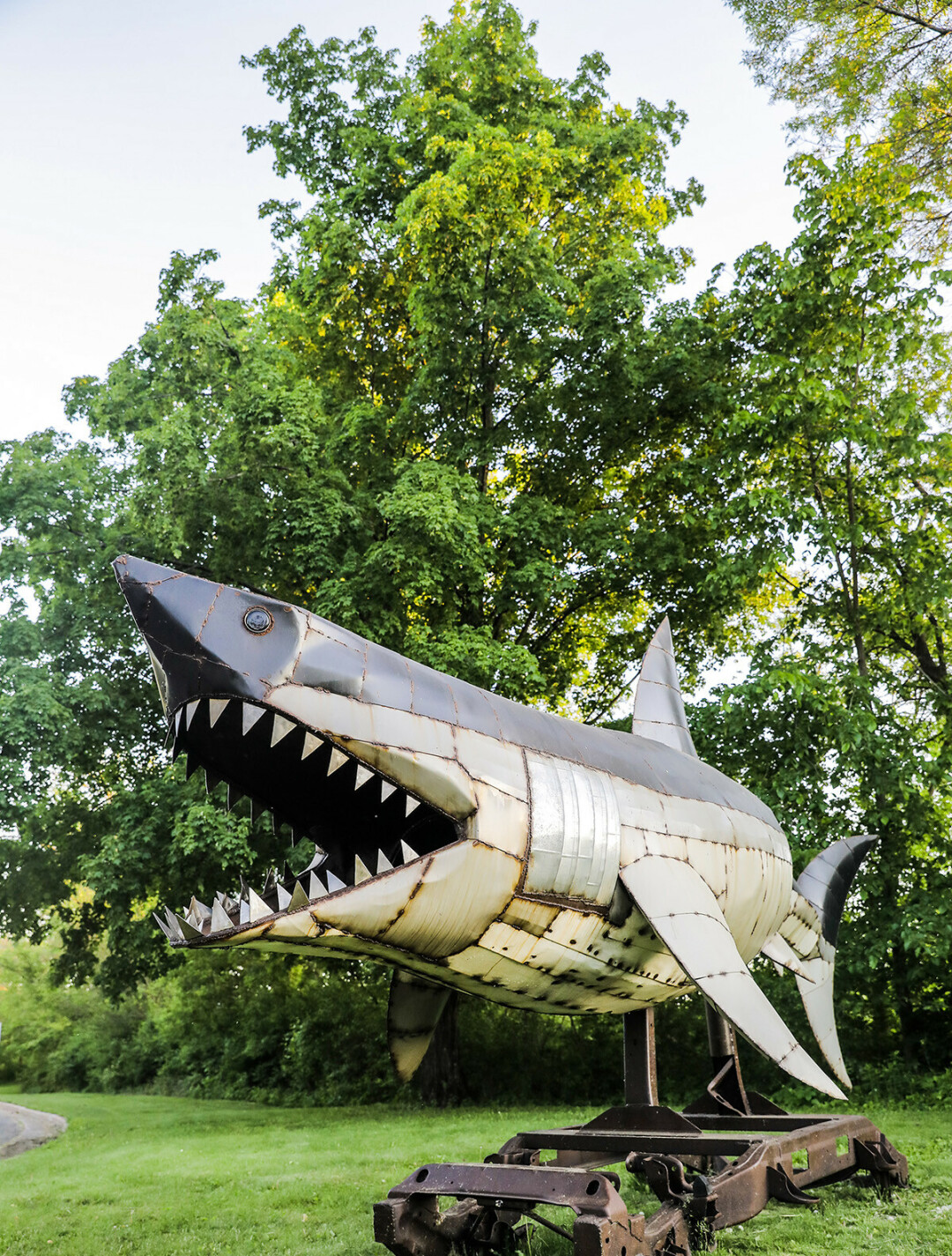 EATING UP THE COMPETITION. "Shark" by Dale Lewis is one of the new sculptures on this year's Sculpture Tour Eau Claire.

It’s official: The Sculpture Tour Eau Claire is now the largest exhibit of its kind in the United States. According to Visit Eau Claire, which oversees the Sculpture Tour, five additional sculptures were installed in town in recent weeks, bringing the total to (*drumroll*) 87 sculptures.

Sixty-five of the sculptures are new to this year’s 12th annual tour, while 11 are People’s Choice Award winners that were purchased and kept in town, including faves like Phoenix Park’s “High Five.” (If you’re curious, the remaining 11 sculptures have come to town as part of the tour and have stayed here for a variety of reasons, such as being purchased by businesses.)

“We are beyond excited to officially claim the title as the number one largest outdoor sculpture tour in the nation,” said Julie Pangallo, Visit Eau Claire’s public arts manager. “We are also so thankful for not only the regional and national artists who contributed to the tour, but also our community who has sponsored and supported it so much.”

For the record, the No. 2 sculpture tour city is Sioux Falls, South Dakota.

Since 2011, Sculpture Tour Eau Claire, a nonprofit organization, has brought artwork to the streets, sidewalks, and parks of the city. Artists features have been from around the world, the United States, and even right here in Eau Claire.

Locals (and visitors, too) are reminded that they can vote for their favorite sculptures on the 2022 tour right here. You can learn more about the tour at SculptureTour.org or by checking out the Volume One video below: