RECIPE FOR SUCCESS: Draganetti’s Joanne Palzkill is State Restaurateur of the Year

co-owner of Draganetti’s, Za 51 has spent a lifetime in the hospitality business 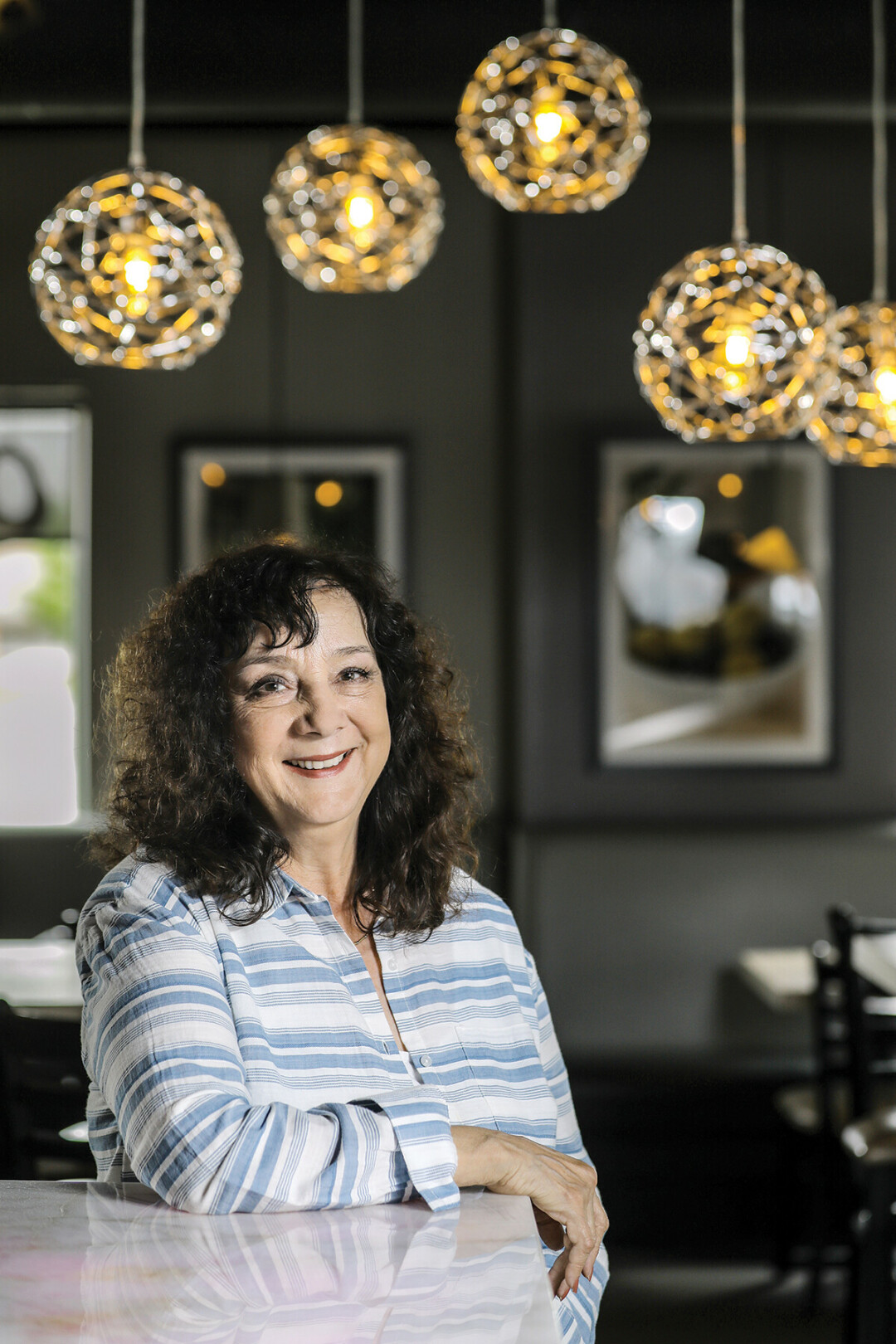 USING HER NOODLE. Joanne Palzkill, shown here at Za 51 in Altoona, says her accounting degree from UW-Eau Claire has been useful in managing the business end of her family’s two restaurants.

Before her birth, her parents and older siblings had relocated from Chicago to Wisconsin’s northwoods in 1951, buying a home near Gordon and turning it into a resort and restaurant. The family still operates that business, now called the Enchanted Inn, which is about two hours north of Eau Claire. In 1961, the family opened a second business, Drag’s Restaurant and Roman Lounge, in Rice Lake.

“We all pretty much started working in the restaurant business as soon as we could see over the counter,” she said.

Now there’s something else peering over that counter – or at least over the back bar at Draganetti’s: the 2022 Restaurateur of the Year Award from the Wisconsin Restaurant Association. Palzkill received the honor at a surprise ceremony last month in Eau Claire.

We all pretty much started working in the restaurant business as soon as we could see over the counter.

CO-OWNER, DRAGANETTI'S AND ZA 51, ON GROWING UP IN THE RESTAURANT BUSINESS 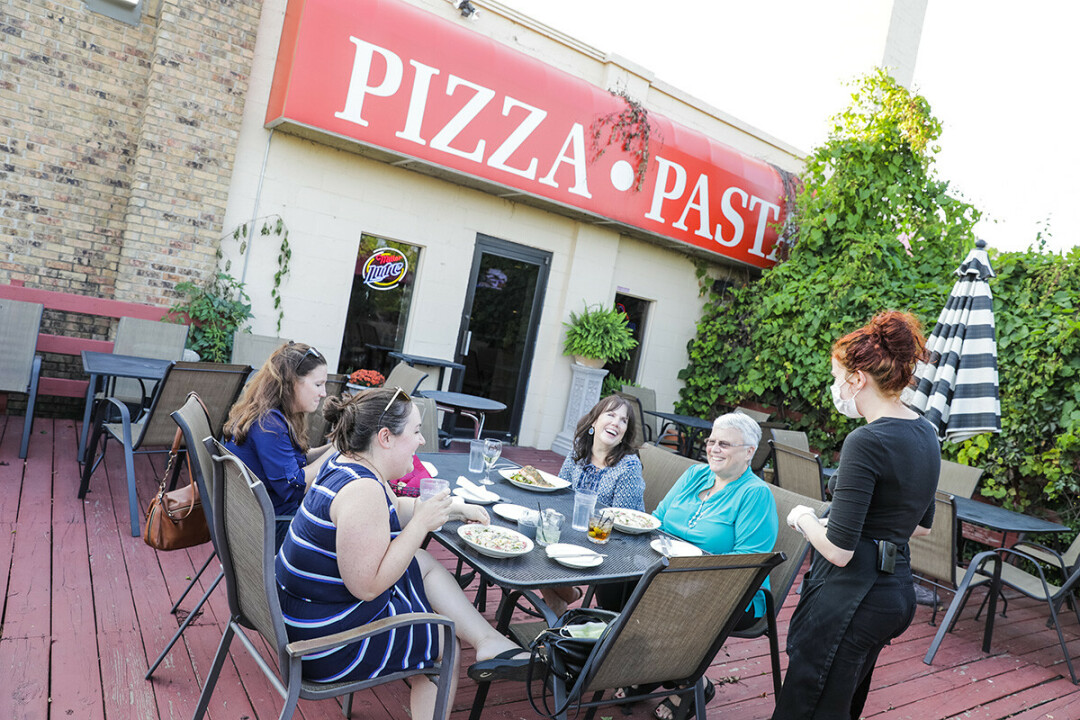 Outdoor dining at Draganetti's in Altoona.

“I’m still sort of in shock,” she acknowledged during a recent interview. Palzkill was honored by her fellow restaurateurs for her success in the industry, her involvement in the community, and her service to the Wisconsin Restaurant Association: She’s been on the board for more than a decade and was chairwoman during the tumultuous pandemic year of 2020, when many restaurants struggled to survive. 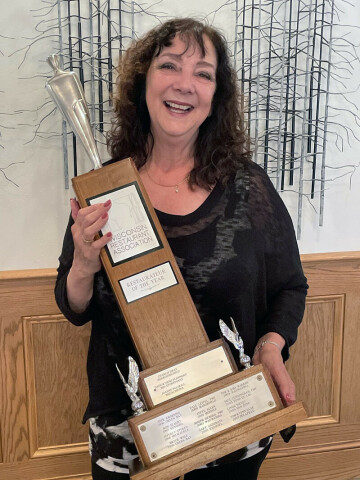 Palzkill and her Restaurateur of the Year trophy. (Submitted photo)

Before the pandemic, the WRA would hold an annual conference in March where the Restaurateur of the Year would be announced at an awards dinner. No such big event was held this year, so Palzkill was lured to what she was told was a celebration in honor of Kathy Colon, Draganetti’s kitchen manager, who was receiving a regional Back of House award from the restaurant group. It turns out the July 18 gathering at Florian Gardens was also being held to honor Palzkill herself.

Palzkill is gratified to receive the award, whose recipient is chosen annually by past Restaurateur of the Year honorees. (Sadly, the only other recent recipient from the Chippewa Valley, former Connell’s owner Lynn McDonough, died earlier this summer.)

Palzkill and two of her siblings – John and Claudia — opened Draganetti’s, one of the Valley’s most-beloved Italian restaurants, in Altoona in 1981. Earlier that year, she had graduated from UW-Eau Claire with a degree in accounting but soon found herself drawn back to the restaurant world.

“I missed the interaction with people and customers and just the roller coaster ride the restaurant business brings,” she said. “Every day you don’t really know what’s going to happen. You plan the best you can – you have to plan – but there are always unanticipated things that come at you.”

In the early 1980s, Palzkill and her siblings saw a niche for an Italian restaurant in the area, and they brought their family recipes – including pizza – to life in the former Ristorante Buono’s on East Clairemont Avenue in Altoona. They first called their restaurant Drag’s, but eventually it became Draganetti’s – a combination of their father’s last name, Draganowski, with their mother’s maiden name, Micaletti. In those days, Claudia handled the kitchen (with help from their mother, Clara), John oversaw the bar, and Joanne managed the front of the house. 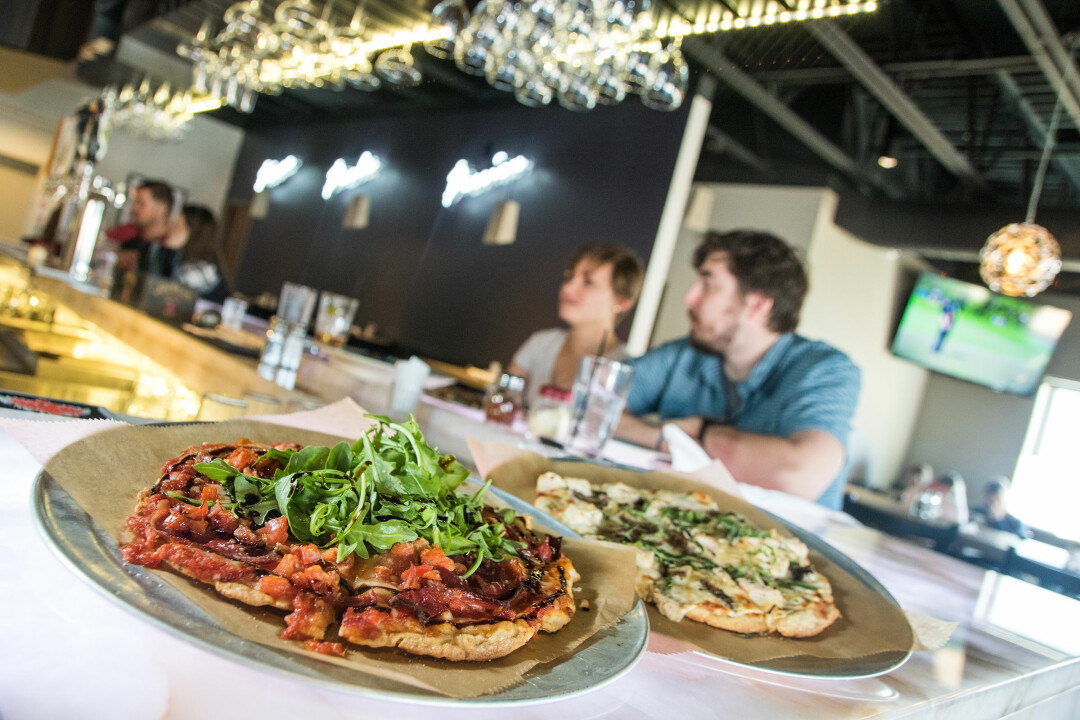 While their mother passed away in 1999, the siblings have largely continued in those roles for more than 40 years. And since 2018, they’ve also owned and operated Za 51, a less formal pizzeria in Altoona’s River Prairie development.

Joanne attributes her success in part to hard work (“We’re still grinding away,” she said, “We love it”) and to having a great staff. While she acknowledges that, as she gets older, she intends to begin to step back from the restaurants, Joanne doesn’t seem to be in a hurry to do so.

The same goes for her connection to the Wisconsin Restaurant Association, which she considers a second family. “I want to stay involved because what I love is there are so many young operators coming in, and that is such wonderful energy,” she said.