ROOTED IN LOVE: Down To Earth To Celebrate 25th Year

Eau Claire garden center/boutique/café is adding another jewel to its crown: its 25-year milestone 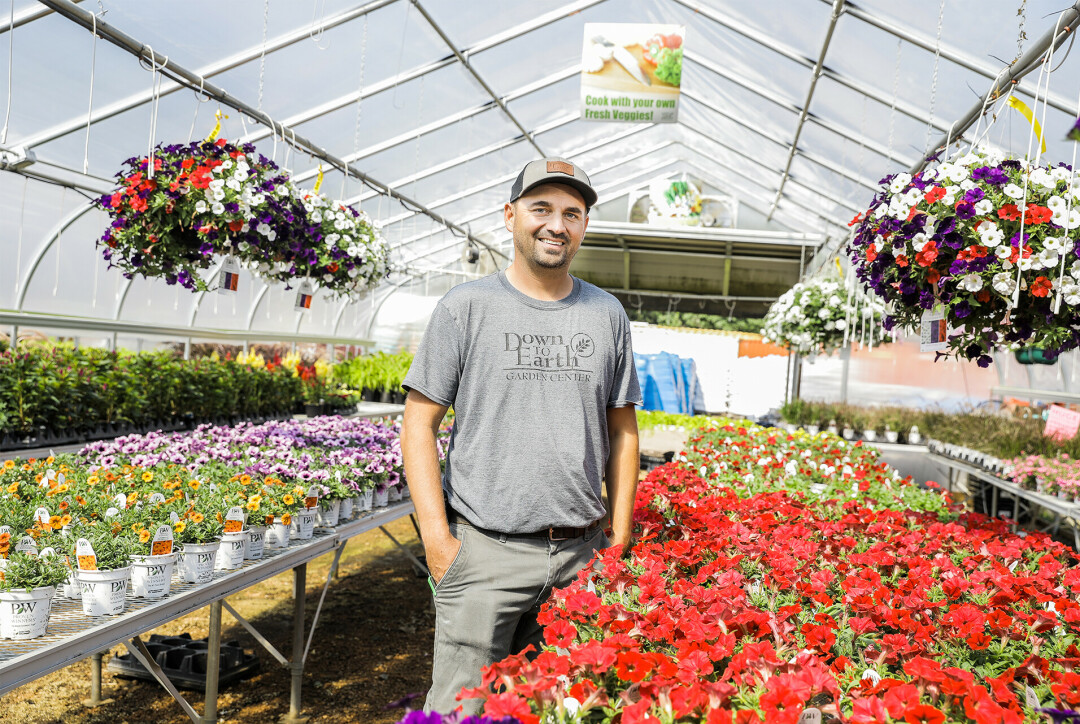 ANNIVERSARY THYME. Down To Earth Garden Center is celebrating its 25th anniversary this year, their customer appreciation event kickin' off in August. Ben Polzin (pictured) and his family have run the biz into ever-growing success in the Valley.

What began as a hobby between a local family has turned into so much more over the past two decades. Take it from the Down To Earth family: Planting a dream can turn into a beautiful reality.

John and Sandi Polzin, their son Benjamin (Ben), and nephew Dominic Paull, spent years working in lawn care – Does anyone recall Monkey Business Services? – and gardening together in the 1990s. They began at what is still their growing farm (off County Highway O in Cadott, near John’s grandfather’s original farmland). Since then, the business has flourished.

“Just in general, being able to say it’s been 25 years doesn’t seem real. I mean, I started at (age) 12, now I’m 37,” Ben said. “It’s like, dang, I’ve really been doing this long. It’s crazy to look back at where we started. You’d never have thought it could be what it is now. It’s just humbling.”

Locals know Down To Earth as perhaps the most unique and all-in-one garden center in the area with several greenhouses, landscaping materials and installation services, an expansive selection of pottery and outdoor decor and art, herbs and veggie plants, perennials and tropical plants, plus a café and boutique. Yeah, Down To Earth’s just about got it all, but it certainly took time and support to get this far.

“Growing on our farm back in the ’90s to what it is today, is drastically different,” Ben recalled. “We moved to Eau Claire in 2010, so from that point going to now, there’s been multiple additions. It was just one little greenhouse to start with. Now we have eight.” 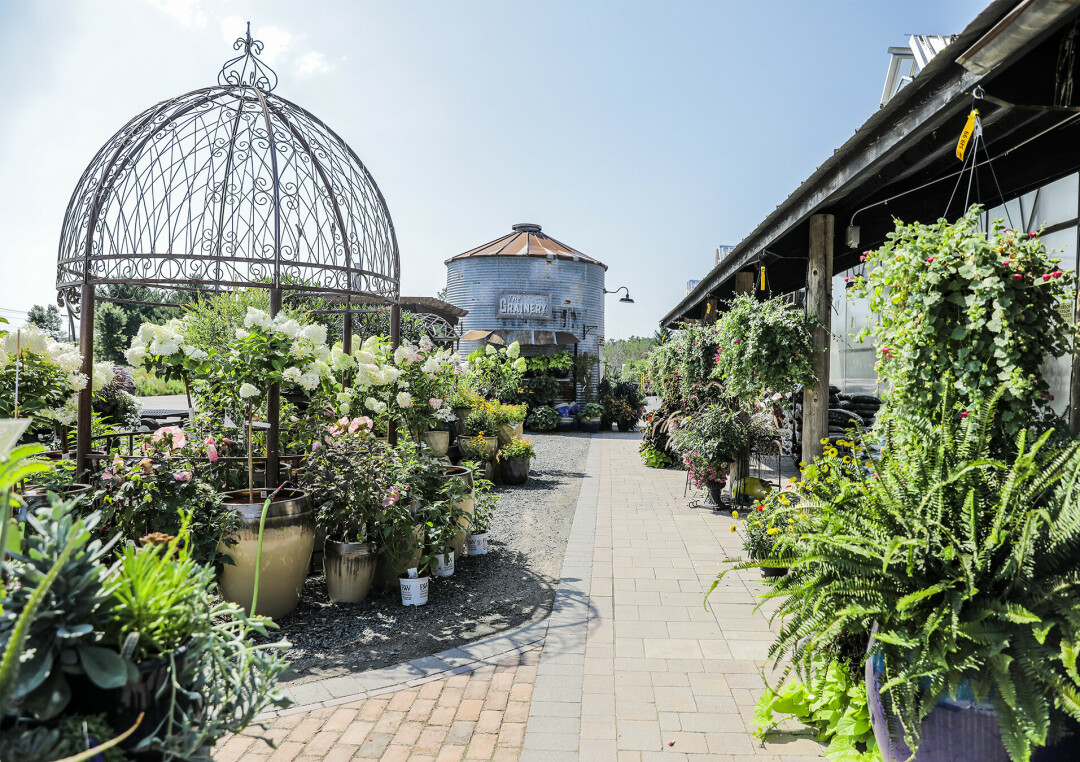 Of those eight greenhouses, two were built just this year, expanding the options that Down To Earth can bring to plant and garden lovers. The greenery haven is already well known for its longer-than-most offerings, including its year-round greenhouses where tropical plants can thrive even in Wisconsin weather.

“We pride ourselves on having the best plants available whenever somebody wants it. We’re planting all year,” Ben said. “I’ve always said from day one: We’re going to be fun and different. We don’t want to just be a normal garden center, we want to make it a whole experience – that’s where the café and boutique come into play too, and how we lay things out.”

Ben continued to emphasize how much community support has propelled not just the business, but also the family’s motivation and love for what they do. Down To Earth’s 25th year in business means a lot more than just a number. 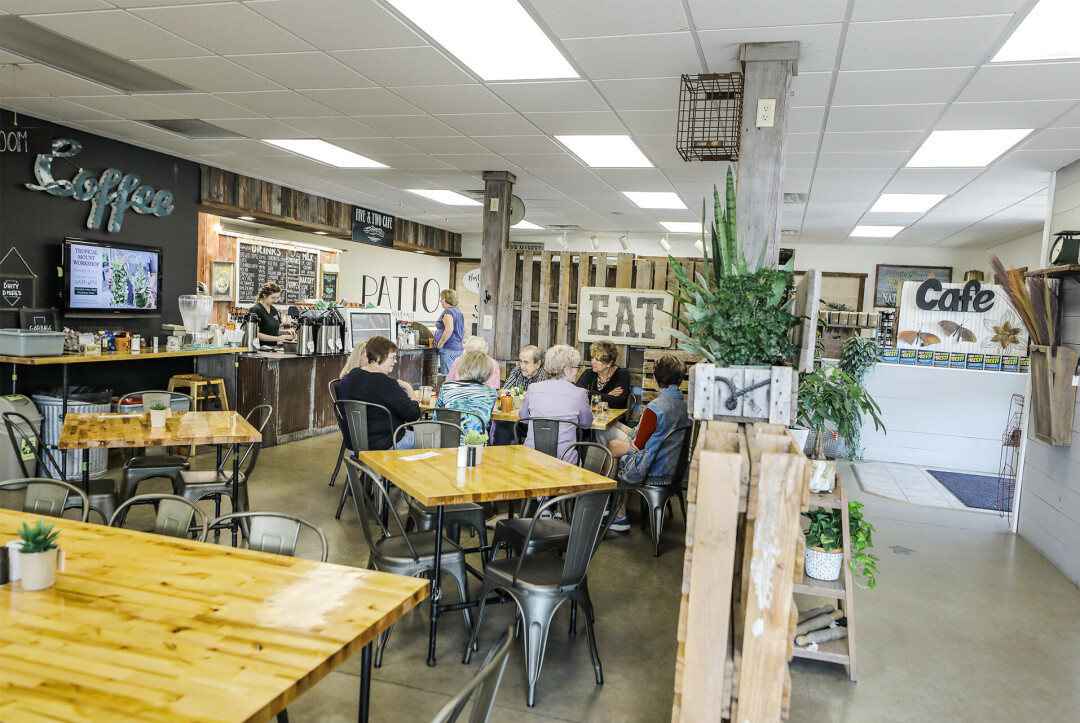 “As we grow, I think our presence in the community has grown and being able to see that is the driving part of what we do,” Ben said. “We have people that drive from hours away to visit our shop, which is awesome. I think that says a lot about what we’ve been able to accomplish here. But, it’s cool to be able to see those repeat customers continuing to grow and come back.”

Though the Down To Earth staff will have a celebration of their own for the milestone, they wanted to hold something specifically for the community to show their appreciation and celebrate the space that has truly become a beloved community facet. Starting Friday, Aug. 12, at 4pm, the 25th Anniversary Customer Appreciation Celebration will kick off at the center.

From 4-7pm the Down To Earth family will treat folks to grilled brats and hot dogs alongside Olson’s Ice Creamery treats, and a visit from Bailey’s Nursery to chat and answer questions. Plus, all of the Down To Earth shops will stay open through 7 o’clock, including the Five and Two Café and Mustard Seed Boutique. The garden center will also be offering a special anniversary sale throughout the whole weekend. 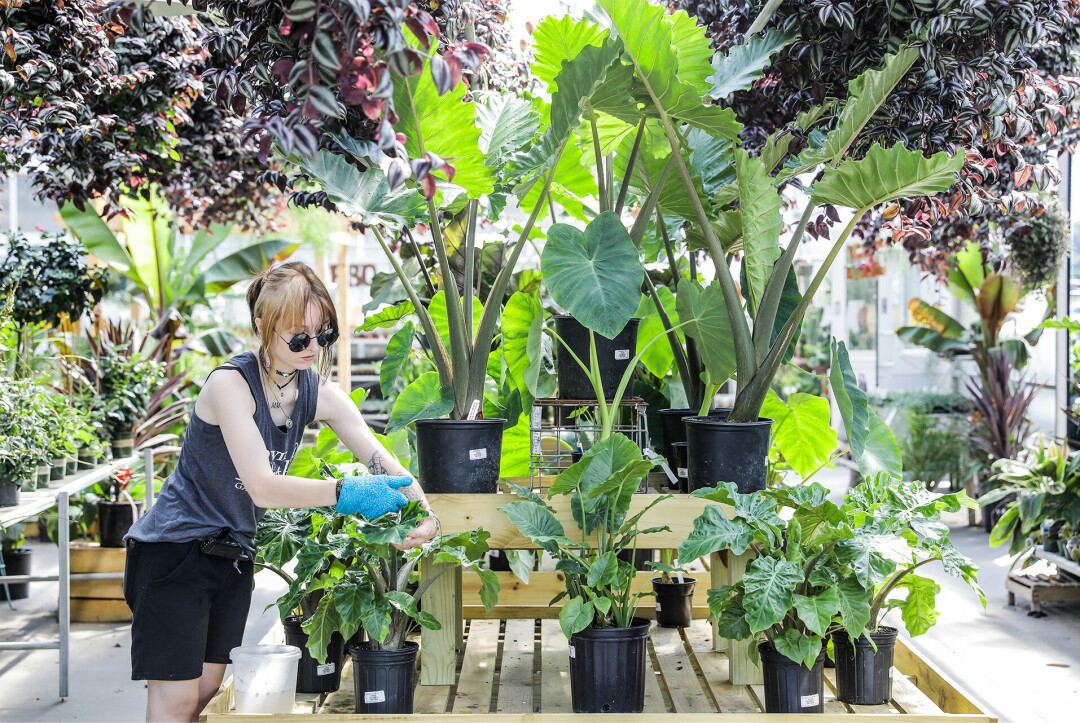 Learn more about Down To Earth and its vast array of offerings on their website, and keep up with them on their Facebook page (@downtoearthec), where you can also find event details.