the local Menomonie film festival crowned seven winners this past weekend, including an E.C. filmmaker’s short 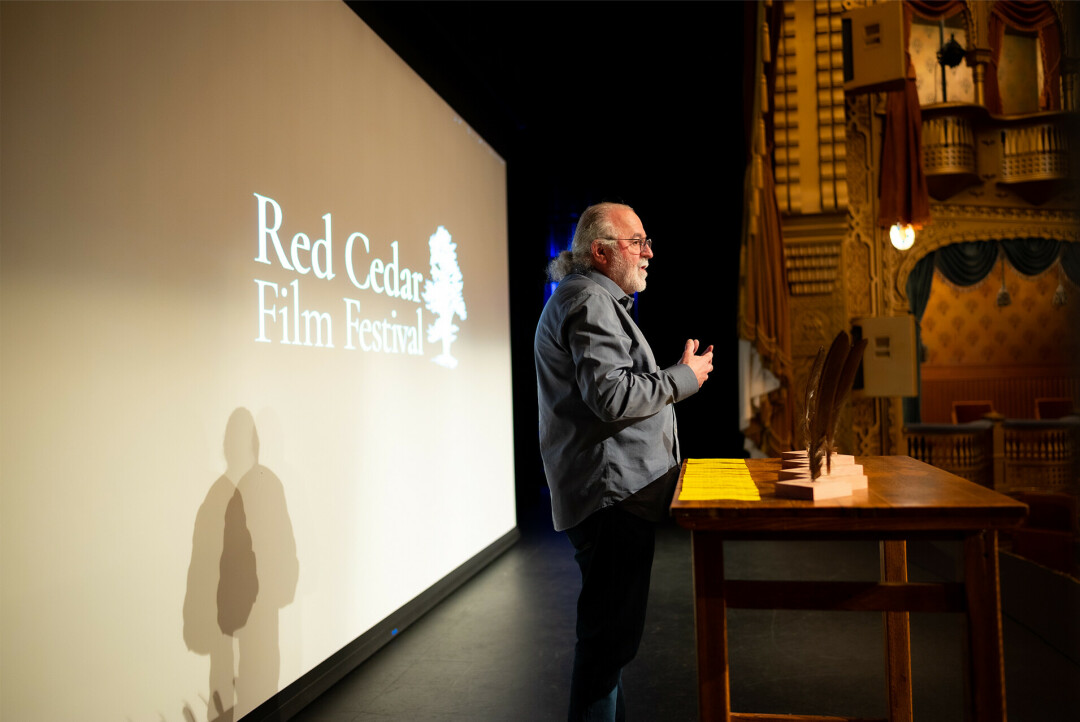 Returning for its fourth year at the end of July, this year’s Red Cedar Film Festival held a specific time slot just for its ‘Midwest Roots’ category and featured more documentary work than in 2021.

Held from July 28-July 31 primarily at the Mabel Tainter Theatre in Menomonie, a stunning historic space for the festival’s screenings, more than 40 films were shown. Seven films walked away crowned as official winners of each category at the end of the weekend.

Notably, Chopping Block is written and directed by Eau Claire filmmaker Tim Schwagel, a drama-comedy (“dramedy”) that took Schwagel out of his comfort zone to create because it was his shot at creating a more “normal” movie, he said.

Perhaps most known for his hard-hitting and often ironically comedic short films, Chopping Block is new territory for the local filmmaker–one that can now be successfully added to his wheelhouse, if Red Cedar’s award is an indicator. 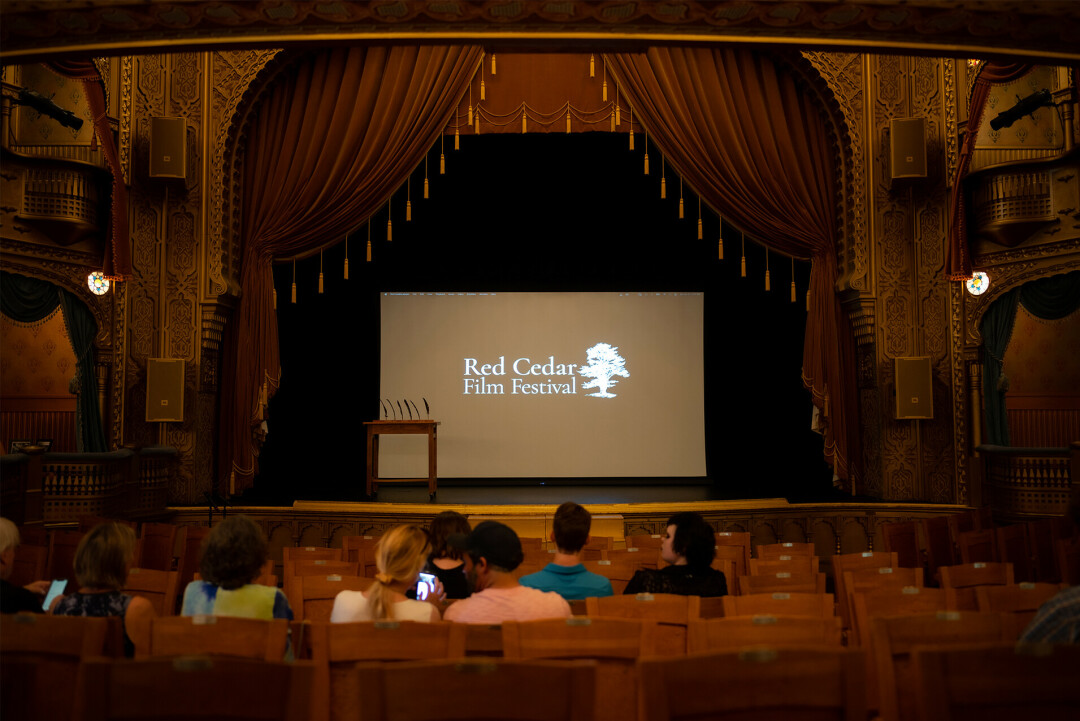 Eight films total were accepted into this year’s festival under the ‘Midwest Roots’ category, the bedroom also being shot in the Valley area by Baraboo-born filmmaker, writer, and actress, Kara Hakanson, who currently splits her time between the States and the UK, where she is actively working on the film.

the bedroom was shot at Hakanson’s family home in Wheeler, just 20 minutes from Menomonie, inspired by her time quarantined near the beginning of the COVID pandemic when she spent 10 days in Wisconsin woods by herself. Through a slice of humor and a whole lot of rawness, the short explored Hakanson’s point of view on processing grief, alone.

“You can’t really get your hopes up with film festivals [because] the selection process is so subjective. I’ve been on both sides, but I secretly was holding hope for the Red Cedar because it was such a perfect fit,” Hakanson said. “I was working on set in England when I found out [the film made it in]. I checked my email on my break and let out an audible ‘eee!’ I couldn’t stop smiling. I just kept thinking, ‘This was meant to be. This is perfect.’”

Though Chopping Block took the crown for Best Midwest Roots short, Hakanson said her personal growth, made further evident through the bedroom, is award enough.

“Having had two other films in the festival circuit and this one being so personal to me, I can recognize with confidence that I’ve made great work regardless of how well it does in festivals,” Hakanson said. “I’ve made a big step in my career with the bedroom. I see how much I’ve grown as a director, writer, and actor, whether or not the movie poster is littered with laurels."

Many of the films shown at Red Cedar had racked up accolades beforehand as well, including several international films. This year’s Red Cedar festival featured films from Ireland, Ukraine, Mexico, Canada, and more, though its largest section was ‘Student Shorts’ with 15 films. 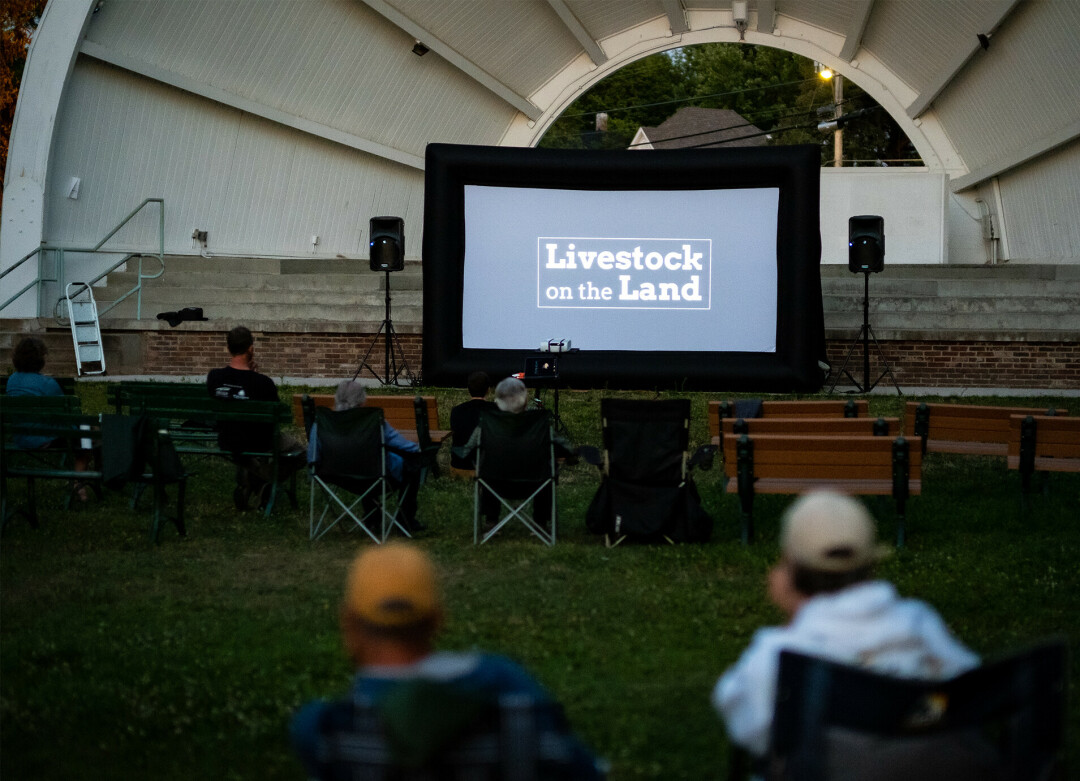 The Red Cedar Film Festival also utilizes the Wilson Park bandshell, this year showing a free film at it.

Next year will be Red Cedar Film Festival’s fifth year and is sure to be packed once again with regional and overseas work well worth the wait.

Check out Red Cedar Film Festival's website to learn more about it and keep up with them on their Facebook (@RedCedarFilmFestival).