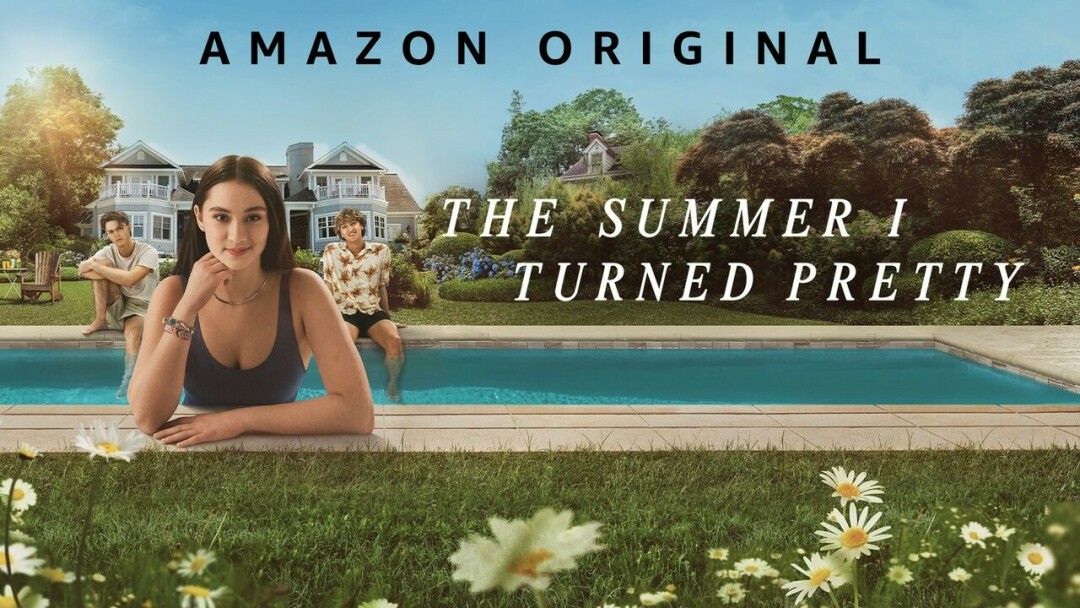 In early June, the New York Times published its list of the top streaming series for the summer, and among the titles was an Amazon Prime original series featuring a UW-Eau Claire theatre arts alumnus, 1998 graduate and Eau Claire native Alfredo Narciso.

Based on a bestselling young adult fiction trilogy by author Jenny Han, The Summer I Turned Pretty is a series of seven episodes, set in a fictional beach town called Cousins Beach. The multigenerational romantic drama revolves around a teenage girl named Bella and the families she has spent summers with for years, including two brothers both in love with her.

Narciso plays Cleveland Castillo, a New Yorker and novelist researching sailing for a new book who becomes the love interest of Bella’s mother, also a writer.

“Cleveland is a bespectacled Brooklynite novelist who is open to trying all experiences to fully grasp them for his writing,” Narciso says. “He is also one of, if not the most self-actualized character in the series.”

The author of the books also was the screenplay writer and creator of the show, and Narciso sees a lot of Han in his character. A character added to the screenplay who does not appear in the book, Cleveland also provided an opportunity for Narciso to bring elements of his own life to the story.

“One non-scripted element that I brought to the character is my Filipino heritage,” he explains. “I’m half Filipino and half Brazilian, and Jenny was really interested in exploring that aspect within the context of the character. It is something that she identified with and even rewrote a scene with that in mind.” 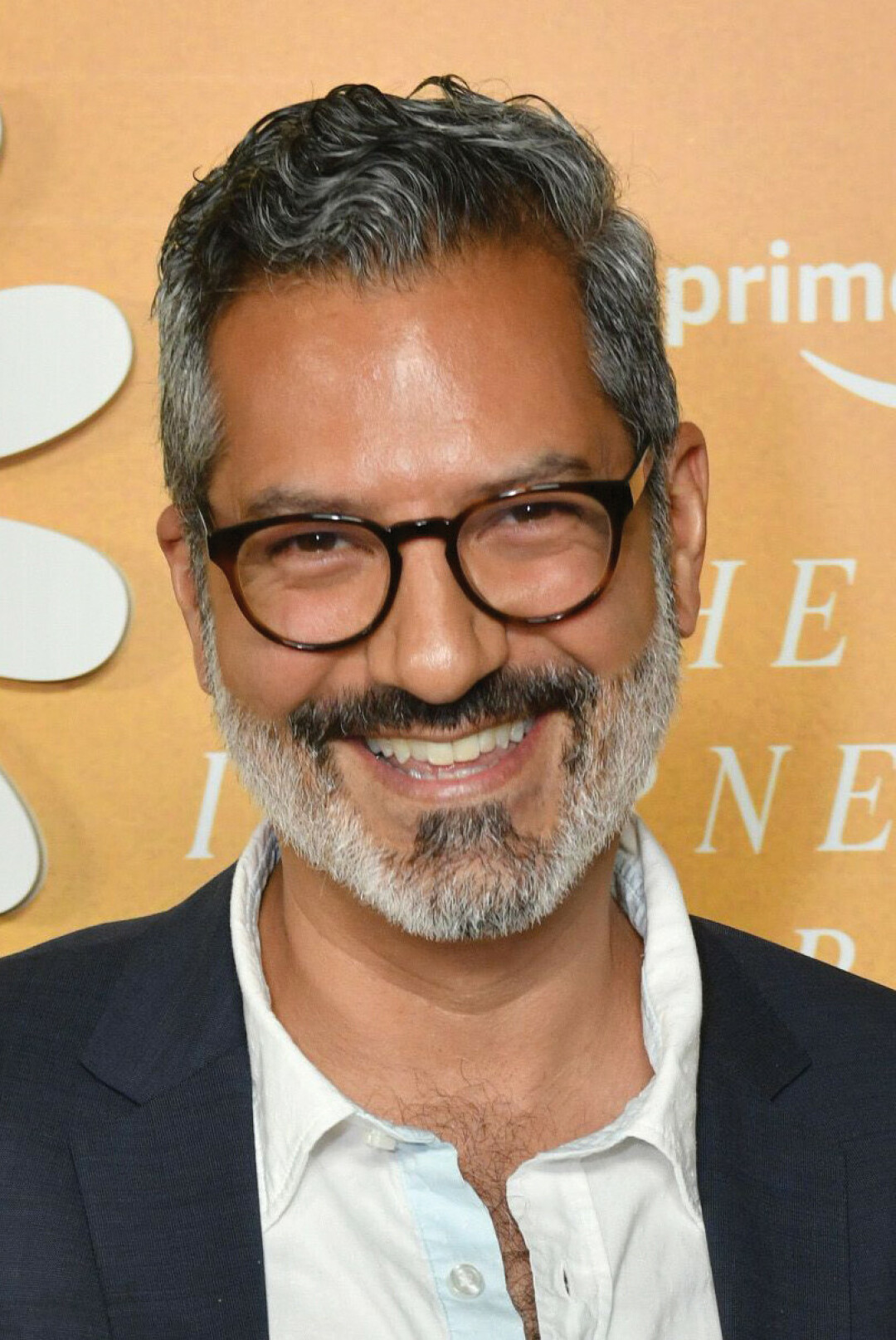 By the end of June, The Summer I Turned Pretty had become the No. 1 streaming show on Prime, the books once again hit the Amazon top seller list, and the music from the soundtrack (Taylor Swift, Olivia Rodrigo, Cardi B and more) saw sales and streaming increases of 6,000%, according to Variety.com.

A veteran actor of stage, film and television since 2002, Narciso admits that a major role in a series with this kind of mass popularity is a new experience, and he’s proud to take part in a story that is resonating so strongly with audiences.

“Since my character is not in the books, I had some trepidation initially about how he would be received, but the reaction to Cleveland’s story has been overwhelmingly positive,” Narciso says.

“Jenny Han is very interested in authentically portraying first-time experiences, which really resonates for younger people. However, on a molecular level, she also understands nostalgia and clearly conveys that tone in her writing. As a result, I think the show has something for everyone, regardless of which generation you belong to.”

Rooted in Eau Claire but destined for the stage and screen

Although he was born in Milwaukee, Narciso spent his formative years in Eau Claire where his family remains. A graduate of Memorial High School, Narciso found the choice to attend UW-Eau Claire a natural one, and he enrolled as an English major.

His mother, Christina Narciso, also graduated from UW-Eau Claire with a bachelor’s degree in Latin American studies (’86) and a master of education in professional development (’93). She taught Spanish in the Eau Claire Area School District for 27 years, and has deeply enjoyed watching her son's career grow over the years as he has followed a dream that began as a young boy.

“Al started his acting career in the fourth grade doing a radio play of The Invisible Man and later in the sixth grade he played the devil in a play called Bearskin,” Christina Narciso says.

“Al truly loves his job as an actor and has also directed some plays and produced a variety of short films," she says. "His wife, Elizabeth, is an actress, playwright, screenwriter and filmmaker. I have traveled to many different states to see Al’s plays — I am very proud of his work and his dedication.”

Making the leap from the youth theater endeavors his mother recalls to pursuing that career goal wasn’t immediate for Narciso, but it was a leap he found himself ready to take after a change of course in his academic plan.

“I’d always done theater as a kid, but growing up in Wisconsin, I just didn’t feel like I would ever see a career in acting as something realistic,” Narciso says about a mindset that changed after a trip to New York with his father where he got to see Broadway shows and decided to pursue his passion.

“I wasn’t finding great success as an English major, and I changed my major to theatre arts, started doing plays on campus, at Fanny Hill Dinner Theatre and as a cast member in many productions with the Chippewa Valley Theatre Guild. From there I guess it all just sort of ‘happened.’ ”

After graduating in 1998, Narciso weighed the options of launching a professional acting career in New York, Chicago, or Los Angeles, ultimately making the move to New York.

“I wanted to be in the place that offered the widest pool of options and that is in New York,” he says. “With the volume of auditions, there’s just a better chance to land roles.”

Narciso began working with the Flea Theater, owned and run by Sigourney Weaver and her husband, Jim Simpson.

“I didn’t attend grad school, so this work, this weird off-off Broadway theater art was pretty much my ‘grad school’ experience,” he says.

Narciso did only theater work for many years, but ultimately came to the realization he says is somewhat inevitable for most actors.

“For stage actors, it becomes evident at a certain point that the work will not provide a sustainable living wage, so I began to look for roles in television and film,” he says.

While the stage always was and remains his strongest passion in acting, Narciso says that film and television work really picked up for him around 2011-12. His resume includes roles in shows like Law & Order, Blue Bloods, The Good Wife, Blacklist, Homeland, Madam Secretary, Manifest and New Amsterdam. His film credits include The Dark Tower, Demolition and Elliot Loves.

“Television and film are great, but so different from stage work,” he says. “In the theater, we have weeks of rehearsals, we know everyone’s role in the story. For TV and film, however, it’s the opposite. We have to come in totally prepared, and when the camera rolls, it’s often the first time we’re hearing the voices of any of the other actors. We have to be totally ready for everything coming at us. It’s wild.”

When COVID-19 shut down nearly all avenues of his field, Narciso says he was lucky to find remote voice-over work and continues today to work in podcast production with a company called Gimlet Media.

“I was fortunate. The voice-over work really kept me going through that time,” he says of his work on podcasts like The Princess of South Beach, The Two Princes and Red Dead Redemption 2, along with an upcoming podcast titled Antibody co-produced by Jordan Peele.

Narciso is a curious person and considers himself a lifelong learner who has been able to blend his passions for acting and storytelling with his innate interests in human nature, another career asset he cultivated as a Blugold studying sociology as his minor.

“Acting and sociology actually pair really well,” he says. “The stories we tell are mostly about society, you know? On some level, they’re all about people working through society’s problems. But with every role, I learn something — every character offers something new to learn.”

In one of his favorite theater experiences, in a play called Britannicus at the American Repertory Theater in Cambridge, Massachusetts, Narciso portrayed a Roman emperor, a role he calls a stretch of his acting and research skills that sticks with him to this day.

“I played Nero, a really crazy headspace to embody, but I thoroughly enjoyed it all,” he says. “I did a ton of research into Roman history, the places and people like Agrippina and Seneca — it was a fascinating experience.”

Fans of The Summer I Turned Pretty will have to wait a while to find out if Narciso’s Cleveland will reappear in any potential future seasons. In the meantime, he is currently filming an independent movie called Our Son with Luke Evans and Emmy-winning actor Billy Porter. He also hopes to transition into more producing and directing roles, something he has done on a small scale.

“I’d be interested in producing a feature,” Narciso says. “Something could be brewing there soon; we will see how it plays out. I’m excited for that, as it would be extremely creatively fulfilling.”

In addition to branching out into more "behind the camera" industry roles, Narciso is also looking forward to a winter visit home to see family and friends.

"I've always tried to get back there as often as possible," he says. "It's been tough, obviously, since the pandemic. Now things in the business have opened up so travel for work has gotten really busy, but I will be coming back over the holidays. I miss my mom; I want to see her and I miss Eau Claire as well."