DEEP FRIEND PRAYERS HAVE BEEN ANSWERED. Chick-fil-A hopes to build a restaurant on Eau Claire's south side, near Oakwood Mall. (Photo by Mark Turnauckas | CC-BY-2.0)

Fans of chicken sandwiches in the Chippewa Valley will soon have something to cluck about: Chick-fil-A wants to build a restaurant in Eau Claire.

The Georgia-based chain – frequently voted one of the most-desired restaurants in Volume One’s Best of the Chippewa Valley Reader Poll — is seeking city permission to build a 5,000-square-foot restaurant at 3849 S. Oakwood Mall Drive. The eatery would be just east of the Oakwood Mall parking lot, between Olive Garden and a building that includes Jimmy John’s and Aspen Dental.

The site plan will go before the Eau Claire Plan Commission for approval at its meeting on Monday, Aug. 1. According to documents submitted to the city by HG Green, an Illinois-based engineering firm, the 88-seat restaurant would have a two-lane drive-thru, catering to customers drawn to its menu of chicken sandwiches, nuggets, and waffle fries.

Chick-fil-A operates about 2,800 restaurants in the United State and Canada, including 10 in Wisconsin. The company says a typical restaurant creates 60 to 80 jobs.

For what it’s worth, Chick-fil-A ranked No. 3 in the voting for Kind of Eatery / Bar We Most Need in Volume One’s most recent Best of the Chippewa Valley Reader Poll – right behind “Waterfront dining in downtown Eau Claire” and “An Indian restaurant that isn’t in the mall.”

If you’re as into architectural renderings as some people are into chicken sandwiches, you can find the Plan Commission’s agenda packet online here. 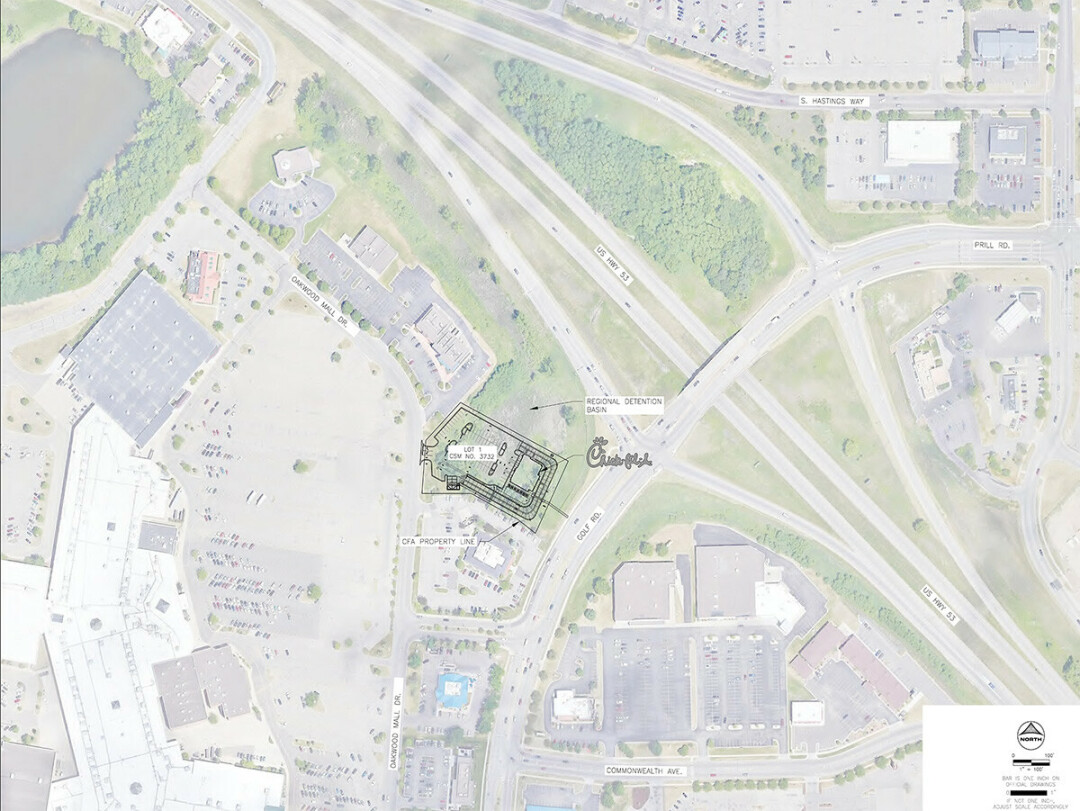