ART FROM APHASIA: New Chapbook Written by Poets with Aphasia 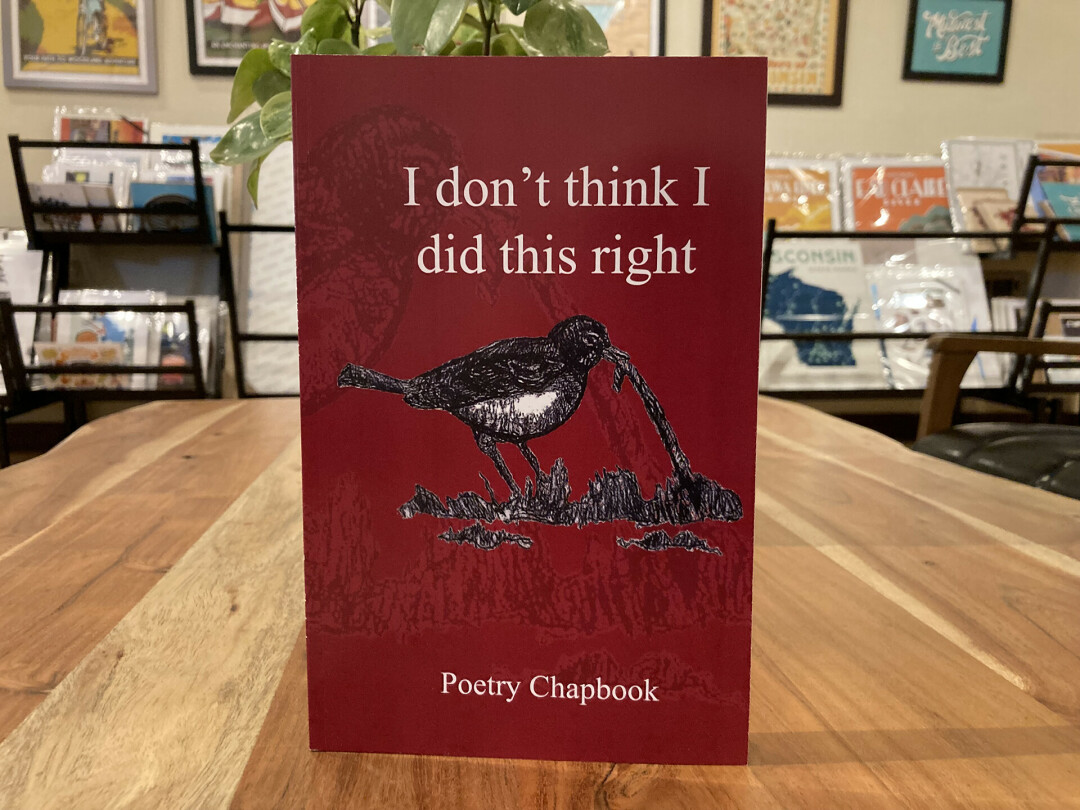 THEY DID THIS RIGHT. New Poetry Chapbook comes together during a Tuesday Night Poets group.

Bruce Willis. Sharon Stone. Gabby Giffords. Tracy Morgan. These are the names of famous people — an actor recently diagnosed with aphasia, a disorder that affects the ability to express and understand written and spoken word; an actress who survived a stroke; a retired politician with aphasia after an assassination attempt; and a stand-up comedian who experienced a traumatic brain injury after a semi-truck crashed into his tour bus.

Rochelle M. Anderson, Laurel Blackstone, Douglas Kidd, Lisa Monopoli, Audrey Nelson, Sheree Nelson, and Kathryn Paulson. These are the names of the Chippewa Valley’s Thursday Night Poets group who just happen to have aphasia or brain injuries and began meeting in the middle of the pandemic and found their voice writing poems about their experiences. (See below for an excerpt.)

Poetry has become a part of their identity. They are not simply poets with brain injuries and aphasia, they are simply poets.

UWEC PROFESS OF SPEECH-LANGUAGE PATHOLOGY, ON THE THURSDAY NIGHT POETS

The words were there in their brain, and they just couldn’t get them out … until now … overflowing. The result is a 54-page chapbook of poems titled I don’t think I did this right. The title came from their first sessions together, according to world-renowned Los Angeles-based poet Brendan Constantine, who led the group.

Constantine started poetry workshops for people with aphasia in 2017 and is known for posting photos on his Instagram account as writing prompts. In the book’s forward, he shared that he would assign a new writing project and the next time they met, someone would disclaim their work by saying “I don’t think I did this right.” And nothing could have been further from the truth.

The poetry group was an outgrowth of a Tuesday night support group — the Blugold Brain Injury Group — formed by UW-Eau Claire speech-language pathology professor Jerry K. Hoepner, who had met Constantine at an aphasia camp. Hoepner said that through this creative process, the participants shared their healing and gained a greater sense of self-worth and identity.

“Poetry has become a part of their identity,” he wrote. “They are not simply poets with brain injuries and aphasia, they are simply poets.”

Even the cover art of a robin pulling a worm from the ground is by Clare Sierra, a Luther College art graduate, who used painting with her left hand as rehab after a stroke and aphasia in 2002.

The book is available for $10 at The Local Store: thelocalstore.org

Off they journeyed every morning
School, then work, finally play
Always together
On sunny days, on dreary days
Without fail

Unlimited prowess at the keyboard
Speed and accuracy absolute
Together they zipped
Along the shiny keys
Polishing off each document, page by page

Boom, one big hit
Right hand became useless, left hand always ahead
Now they are one
The right hand gets its thrills now
From watching … always watching