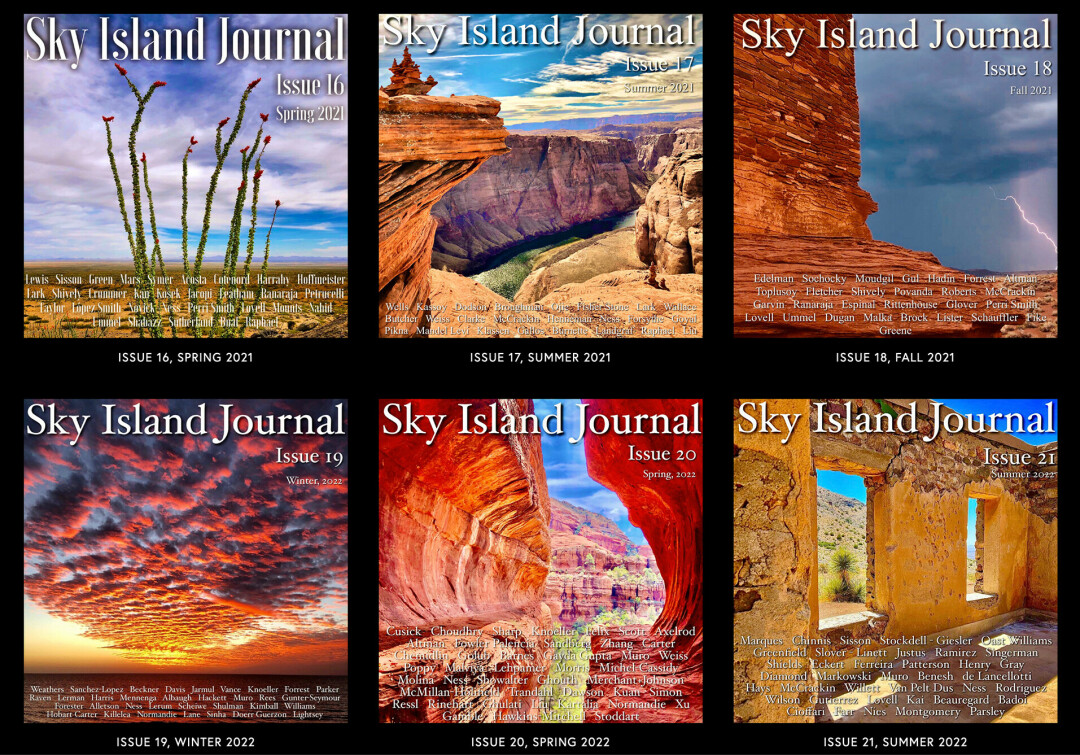 SOARING ABOVE THE REST. Sky Island Journal reached the fifth anniversary of its first published issue on July 14.

Over the past five years and more than 20 isues, Sky Island has published nearly 700 writers from across the globe and has garnered 115,000 readers in 145 countries.

“We both have other full-time jobs, and we both have families, but this is our passion,” Sommerfeld said. “We’re constantly learning from each other, our readers, our contributors, and the editing process itself.”

Sommerfeld, also co-editor-in-chief and host of the journal’s podcast, Voices from the Sky, has experience in professional writing, from litigation strategy to nonprofit organizations to serving as lead writer for a sports website, in addition to more than a decade of teaching expertise at the University of Arizona and beyond. Splichal, too, has an accomplished professional history of his own: He is well-known in the community for his 22 years as an award-winning English teacher, and he has an array of expertise and passion in the arts and outdoors.

Sommerfeld also noted the duo’s 22-year-long friendship also offers its perks, as they know each other well, including the other’s strengths and weaknesses, and how to split the workload accordingly.

Sky Island is freshly distinctive in numerous ways, specifically compared to other publications. Perhaps its largest stand-out differences is its accessibility and Sommerfeld and Splichal’s genuine communication with submitters.

The pair have been friends for years – Sommerfeld says their personalities are “cut from the same cloth” – and have planned out their time extremely well, texting when urgencies pop up, emailing each other daily about what they’ve read, having a Sunday morning conference call once a month, and even enjoying a week-long annual retreat to Splichal’s New Mexico ranch, where Sky Island was born. 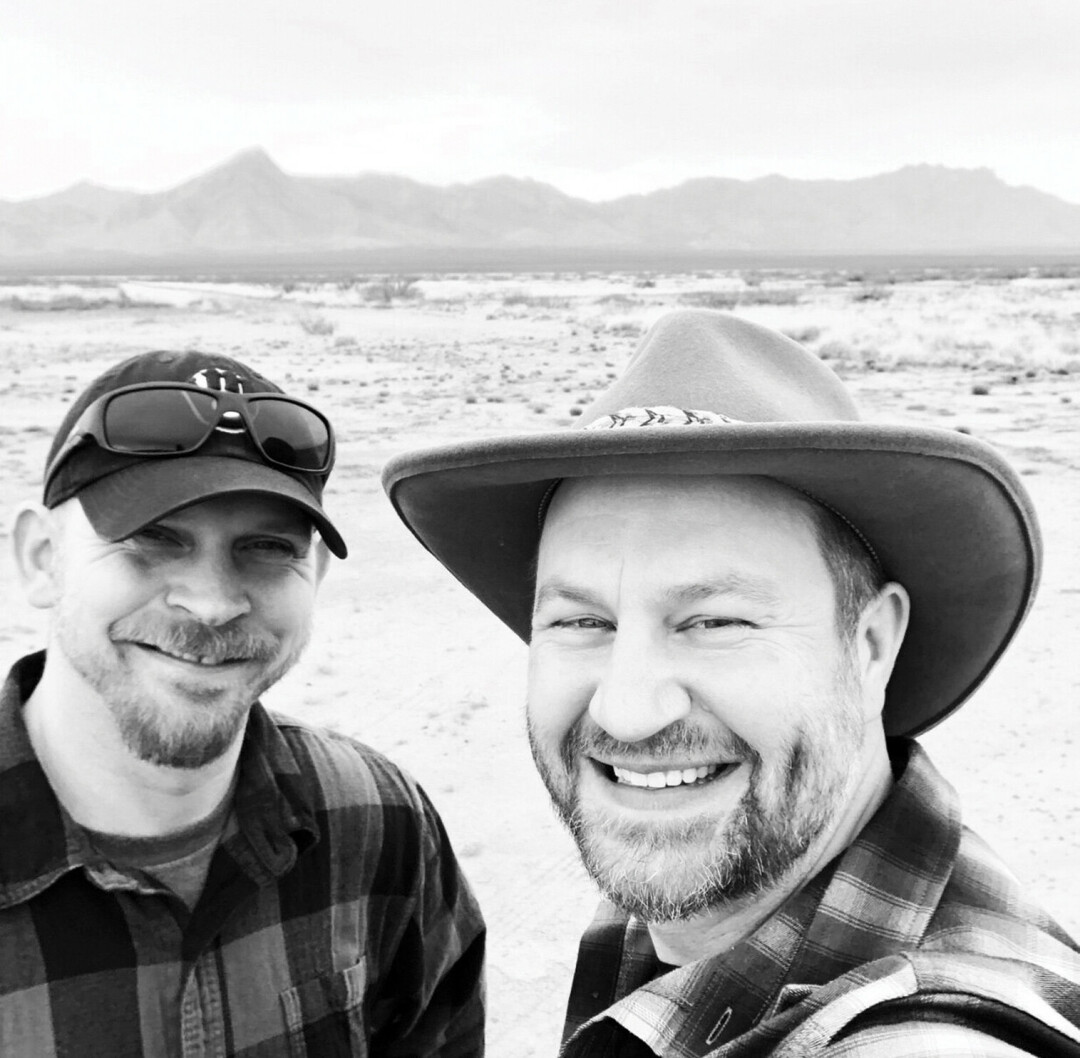 THE DEDICATED DUO BEHIND THE JOURNAL. Jeff Sommerfeld (left) and Jason Splichal (right) co-founded and are co-editor-in-chiefs of the journal.

Because Sky Island is an online journal, it allows Splichal and Sommerfeld a sort of flexibility physical publications do not have. They’ve even accepted pieces right before boarding flights at airports across the country, while on the shores of Lake Superior and the Pacific Ocean, standing in line for Space Mountain at Disneyland, and so many other spots just from their phones.

After accepting submissions, working with contributors, and planning and executing social media promotions, each issue takes the pair about 5-7 days to build, edit, and beta test.

While each issue is different, Sky Island’s acceptance rate for work is around 3%, though it has always landed between 1.5-5.5% after their initial two issues. To put those percentages into more tangible numbers: for Sky Island Issue 21 – the summer issue that just dropped – they received 1,549 individual pieces, 60 of which they published.

As for the future? Well, things are always open and bright at Sky Island–“New Mexico sunrise bright,” as the duo said. They plan on continuing their quarterly publication and will maintain its wide-reaching, free access platform, a rarity among modern publications.

“We’ve earned a reputation from readers and writers alike for quality, professionalism, respect, kindness, attention to detail, and one of the fastest response times on the planet,” they said. “We’ve carved a clear path for ourselves in the world of literary journals by always placing the interests of readers and writers at the core of everything we do.”

Pausing or scaling back is not an option for the pair, they said, as they believe the power of the written word can truly change lives, and the world, for the better.

“We are grateful for the journey thus far, and we look forward with hopeful eyes stretching across the vast horizon of the future.”

Stay tuned to Sky Island Journal, and their upcoming season of the Voices from the Sky podcast, on their website at skyislandjournal.com.