Who Will Be HERE? Speakers Unveiled for HMong Economic Gathering

HMong, Economic Advancement, Research, and Equity Conference will be in September 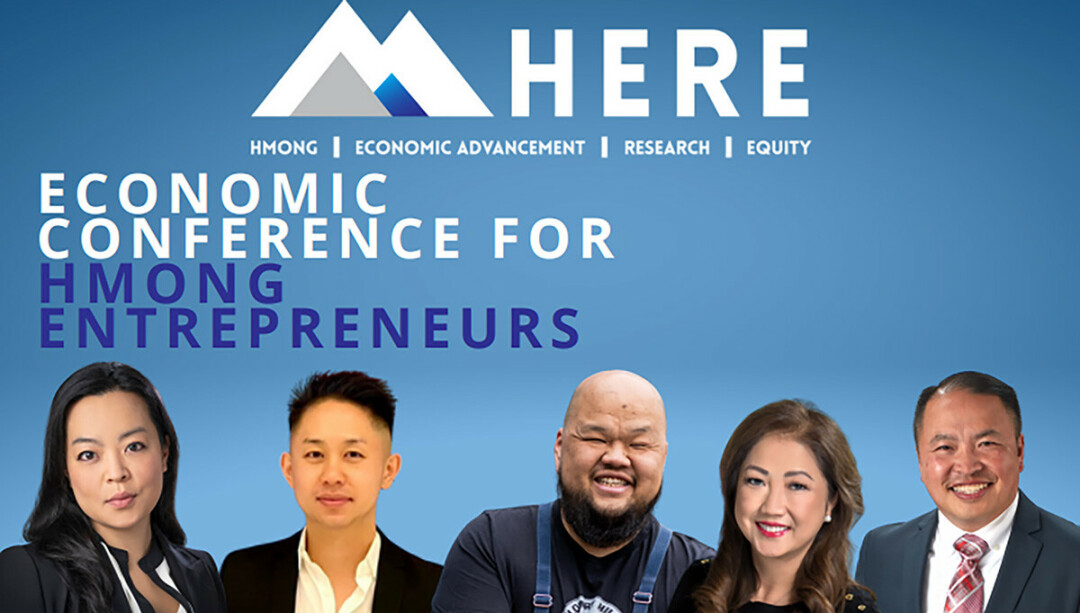 HERE THEY ARE. The keynote speakers for the 2022 HERE Conference at the Pablo Center were recently announced. (Photo via Facebook)

The upcoming HERE Conference – which will promote economic development by Hmong entrepreneurs –  has sparked immense excitement among the community. The conference, which will run Sept. 14-16, recently announced its featured speakers, all of whom will bring different perspectives.

The keynote speakers will be state Rep. Francesca Hong and Isaac Kou Lee. Hong is the first Asian American elected to the Wisconsin State Assembly as well as being an entrepreneur, chef, and mother. Lee is a Wausau-based business owner with a passion for assisting minority business owners.

The HERE banquet chef and subsequent keynote speaker will be Yia Vang. Vang is a proprietor of a Twin Cities restaurant called Union Hmong Kitchen and appeared on Netflix’s Iron Chef: Quest for an Iron Legend.

HERE Summit panelists include Missy Hughes, Joaquin Altoro, Blong Xiong, and May Yer Thao. Hughes is the CEO of the Wisconsin Economic Development Corporation, Altoro is an administrator of the U.S. Department of Agriculture’s Rural Housing Service, Xiong is the state executive director of the USDA Farm Service Agency in California, and Thao is president and CEO of the Hmong American Partnership – the largest Hmong-founded nonprofit in the country.

“I am thrilled to have speakers with such a diverse set of experiences and strengths for the inaugural HERE Conference,” said Mai Xiong, HERE Conference chair and founder, president, and CEO of HMong American Leadership & Economic Development. “We want to spark a broader conversation about what it will take for HMong and ethnic entrepreneurs to build generational wealth, and that requires understanding individual-level resources and national trends. Improving ethnic entrepreneurs’ access to resources is a local, state, and federal issue and these experts speak to each part of that equation.”

To learn more about this event and the speakers, go to hmongamericanled.org.