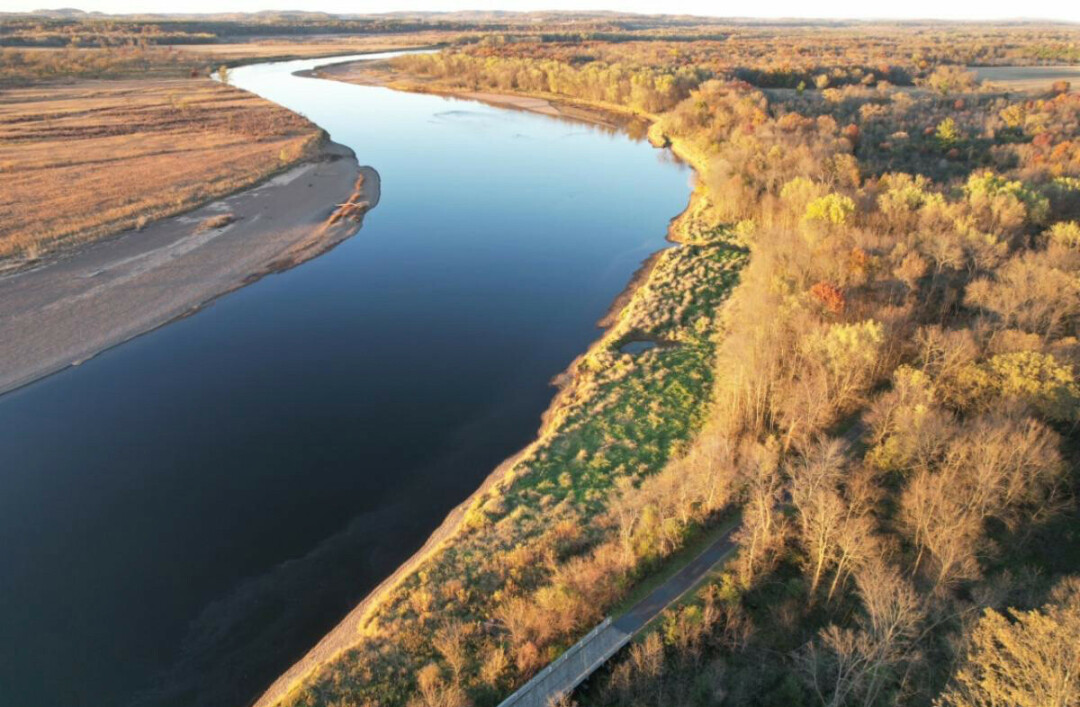 PRESERVED FOR THE FUTURE. This drone's-eye view shows some of the property along the Lower Chippewa River known as the Meridean Barrens. (Photo by Sean Hartnett)

A half-square-mile property along the lower Chippewa River in Dunn County once considered as the location for a nuclear power plant will be preserved forever by a nonprofit land trust.

The Menomonie-based Landmark Conservancy held a gathering June 29 to celebrate purchase of the 364-acre Meridean Barrens from Xcel Energy. The property is adjacent to a 990-acre area that Xcel Energy sold to the Wisconsin Department of Natural Resources in 2017. The area, often referred to as the Tyrone Property after an unincorporated community that once stood there, is known for its natural beauty and biodiversity. According to the Landmark Conservancy, the Meridean Barrens will be open to the public for everything from hunting and fishing to cross-country skiing and wildlife watching.

The picturesque area had been a source of controversy back in the 1970s, when Xcel’s predecessor, Northern States Power Co., bought the land with the intention of building a nuclear power plant there. Eventually, the plans were abandoned. 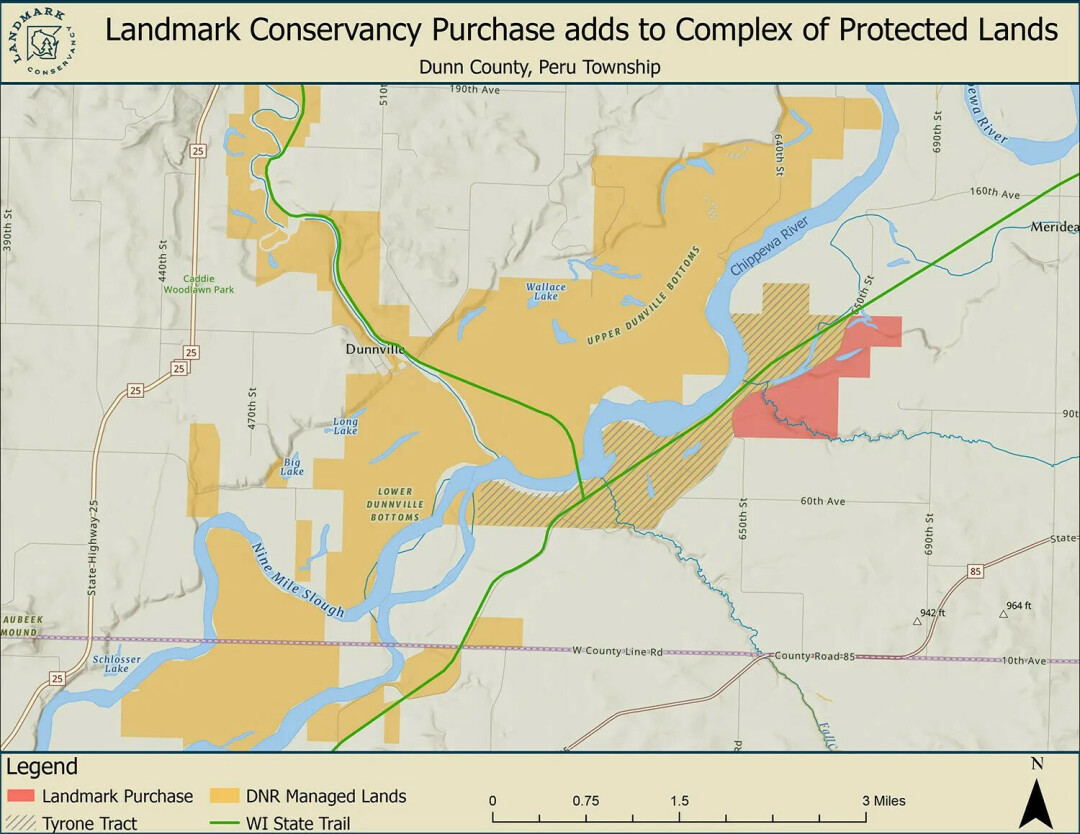 “To go from a potential nuclear power plant to permanent land protection is a pretty amazing win for conservation,” Lindsey Ketchel, the Landmark Conservancy’s executive director, said in a media release.

Funding for the purchase came primarily from the Northern American Wetland Conservation Act grant as well as funds from the Knowles-Nelson Stewardship Fund, which is administered by the DNR.

“Thousands of acres create a complex of diverse conserved habitat that is open to the public for equally diverse recreational opportunities,” said Rick Remington, conservation director for the Landmark Conservancy. “The Lower Chippewa contains unique ecological communities and more rare species than any area of comparable size in Wisconsin.”

The Tyrone property is part of the Lower Chippewa River State Natural Area, which – according to the DNR – “features the largest concentration of remaining prairies and savannas in the state.” Before European settlement, Wisconsin had an estimated 7.7 million acres of prairie, but now only about 8,000 remain, and one-quarter of that amount is within the Lower Chippewa River area.

The Landmark Conservancy serves a 20-county area in western Wisconsin, where it mainly works with private landowners who want to preserve their land from development in perpetuity. The group has helped conserve nearly 40,000 acres, including 79 sites with public access.

Learn more about the Landmark Conservancy and this property at landmarkwi.org.