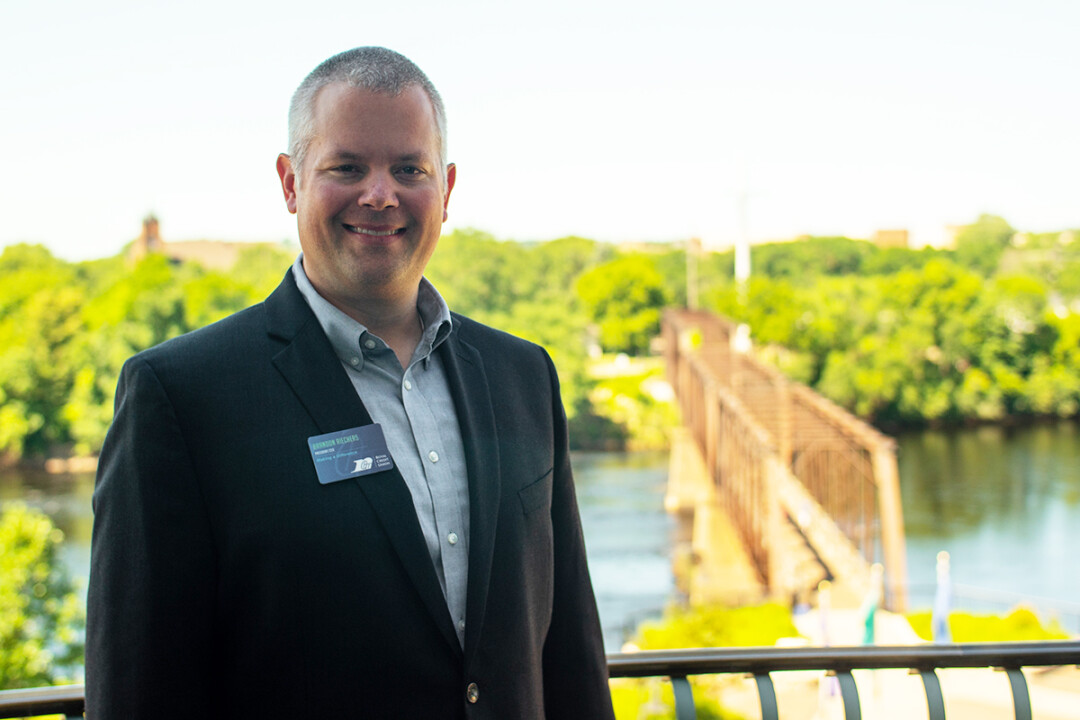 He’s an exec so nice they elected him twice: Brandon Riechers, president and CEO of Eau Claire-based Royal Credit Union, was recently re-elected to serve a second one-year term as chairperson of the Wisconsin Credit Union League Board of Directors. Riechers was elected by his colleagues in May at the League’s annual meeting in Appleton.

Riechers said he was honored to be re-elected. “I look forward to working with the board to advocate on behalf of our more than 3.5 million members,” he said in a media release. “Credit unions play an important role in our economy and positively impact Wisconsin families, businesses, and the communities we serve.”

Riechers has worked at Royal Credit Union for 26 years, becoming president and CEO in 2017. He joined the Wisconsin Credit Union League Board in 2017.

Royal Credit Union has about a quarter-million members in 26 western Wisconsin counties and 16 counties in Minnesota.

The Wisconsin Credit Union League, a trade organization for credit unions, represents about 120 of the not-for-profit financial institutions statewide.

The League’s board guides the direction the association takes on behalf of Wisconsin’s credit unions and their members. It is composed of nine directors who represent the state by geography and by asset size. Additionally, two non-voting young professional advisors sit on the board and actively participate in quarterly meetings. The League represents the interests of Wisconsin credit unions and is dedicated to promoting the credit union difference through advocacy, education, and public service.

Learn more about the organization online at theleague.coop.