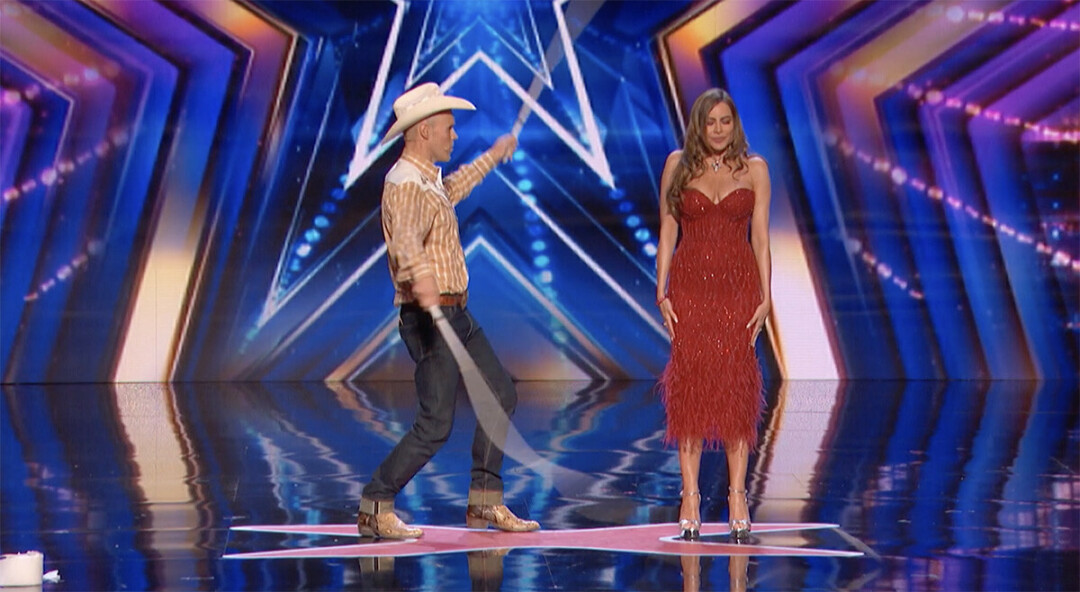 WHIPPING AND WIPING. Adam Winrich displays his bullwhip skills with actress Sofia Vergara as a "volunteer." Later he whipped out the toilet paper, too. (Image via Facebook video)

The Chippewa Valley’s own whip-cracking entertainer Adam Winrich wowed the crowd – and struck fear into one judge – Tuesday night on the NBC variety show America’s Got Talent.

Winrich, who holds dozens of Guinness World Records and makes a living entertaining audiences with his whip-centric performances, strode onto the stage wearing his trademark cowboy hat and holding two whips and a roll of toilet paper, drawing confused looks from the judges.

Winrich, who lives in Fall Creek, asked for a volunteer, and was joined on stage by judge Sofia Vergara. He proceeded to crack his whips just inches from the star’s face. “That was the most scary thing I ever felt!” She said afterward.

While judge Simon Cowell initially buzzed Winrich’s act, he later seemed to enjoy it – although that may have been because it put fellow judge Vergara in peril. Later, Vergara and fellow judge Heidi Klum voted to send Winrich on to the talent competition’s next round, so stay tuned!