Chic Sweets Shakes Up the Valley With New Treats

there's no sugarcoating it: ‘Chic Shake Saturdays’ have taken over 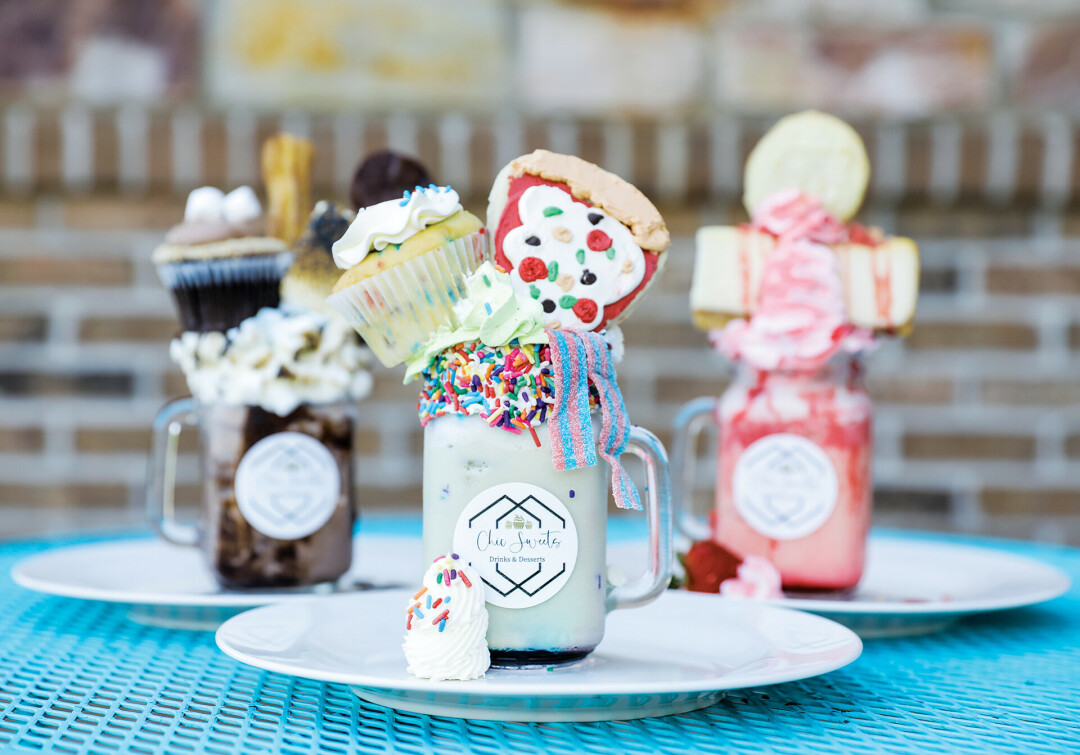 TALK ABOUT A SWEET TOOTH. Chic Sweets Desserts owner Farrah Michaela is the mastermind behind the unique, wildly decadent loaded shakes taking over the Chippewa Valley.

Chic Sweets Desserts, previously known as Chic Sweets by Farrah, has called the Valley home since its creation back in 2017, originally on Water Street in Eau Claire. Now tucked into a new building in Lake Hallie, Chic Sweets has shaken up the summer season with its latest creation: Chic Shakes.

Also known as “Loaded Shakes,” the Chic Shakes come in several variations, starting out with an ice cream shake base and then – you guessed it – loaded up with all sorts of sweet treats, including whole cupcakes, cookies, pieces of chocolate, sprinkles, marshmallows, lollipops, and more.

The loaded delicious shake is served just once a week, now dubbed “Chic Shake Saturdays,” and are order-in-store only. Just launched weeks ago, owner Farrah Michaela had originally tried to launch a cake-slice-drink combo back in her Water Street location, but the demand wasn’t there for it yet.

Michaela was inspired by “Pinterest- and Instagram-worthy treats” people share through social media, just because of how aesthetically pleasing some food is. Hopping onto Pinterest herself, she was most drawn to desserts based around milkshakes topped with different sweets, but she hadn’t yet found an ice cream vendor to supply the store. So, she started her ice cream hunt.

[My friend] told me I should definitely go for it, and I did. Now look – a little push from a new friend was just what I needed.

“We started looking for ice cream vendors and didn’t have much luck on working with anyone local so that we could start offering regular milkshakes,” Michaela said. “Until ‘Best of the Chippewa Valley’ voting started for the ’22 year. The daughter-in-law of one of the best [local] ice cream shops came in to check [Chic Sweets] out and we became friends.”

After becoming friends with another dessert-lovin’ local, the duo chatted about some new ideas each had for the upcoming year, Michaela sharing her loaded shake idea.

“[My friend] told me I should definitely go for it, and I did. Now look – a little push from a new friend was just what I needed,” Michaela said.

Alongside the rest of Chic Sweets’ stunning and tasty creations, the loaded shakes kicked up business even more for Michaela, jumpstarting her need to hire some help. Operating as a one-woman show since opening back in 2017, Michaela’s life as a mom to four kids while running a fast-growing business was catching up to her in the best way. Still, she knew it was time to start searching for a team member.

“I’ve known for years I needed to hire staff but really felt I wasn’t ready to have someone’s livelihood rest on the success of my business. I wanted to make sure I could afford the wages of my team, without question,” Michaela said. “I had a deadline in mind for hiring someone–the beginning of my summer busy season. I told myself, ‘just try and hire one person, even if it means I don’t take home a paycheck.’ ”

One day, Michaela hopes the Chic Sweets team can grow to a 15-20 person staff, but until then, she has one new hire helping her behind the counter.

“I figured the universe would let me know if it was the time for my company to shine, and sure enough, my business boomed,” Michaela said. 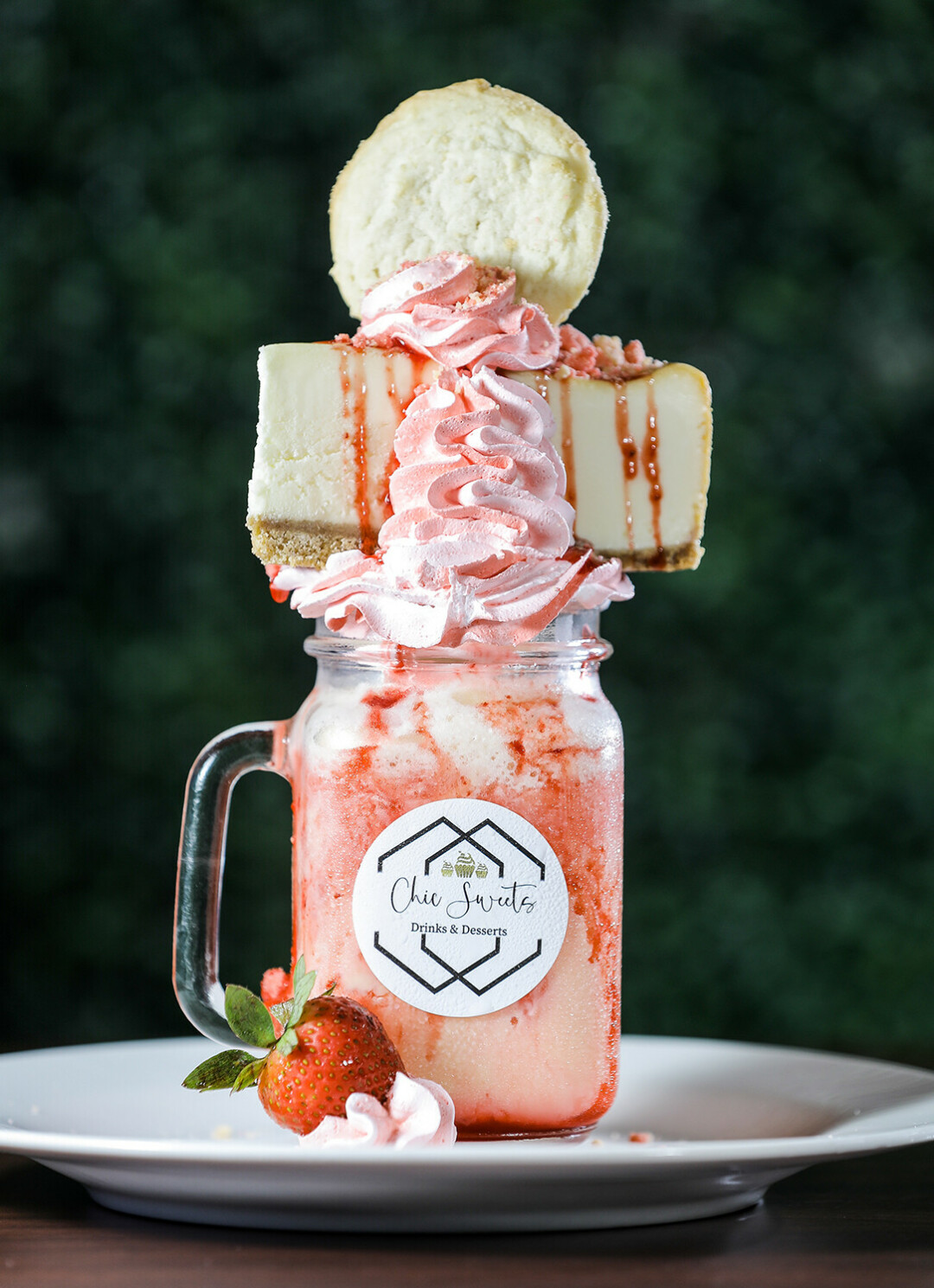 GET A LOAD OF THIS. Michaela has dubbed the sweets-loaded shakes "Chic Shakes," only available on Saturdays.

In the past few months, Chic Sweets has been sought out by some local companies to collaborate. Michaela also was featured twice in just one month on local news stations, too, bringing in even more traffic and new clients through the door.

“After the first Saturday we launched our shakes, we gained lots of new followers on social media and tons more people calling and asking [if] they could order shakes. I knew I could no longer balance being a mom to four amazing children and running a very fast-growing business by myself mostly,” she said. “I knew I needed a super bright and hardworking employee, and my new teammate inspires me to work even harder.”

Though she’s hired her first employee just recently, Chic Sweets is already seeking one more person to add to the team “to keep up with the explosion of demand that the Chippewa Valley has shown since launching the shakes.”

Not only will having new employees allow Michaela and Chic Sweets to begin offering staff events like birthday parties and their own classes, but it’ll help keep up with customers as the busy bakery preps to launch even more new treats.

Michaela was willing to offer some spoiler alerts: “Chic Shake Saturdays” will soon have a yummy treat to round out the weekend, namely a Sunday-only offer. Plus, she’s also tossing around the idea of “more healthy indulgent[s]” like açaî bowls, among other inventive and delicious sweets. 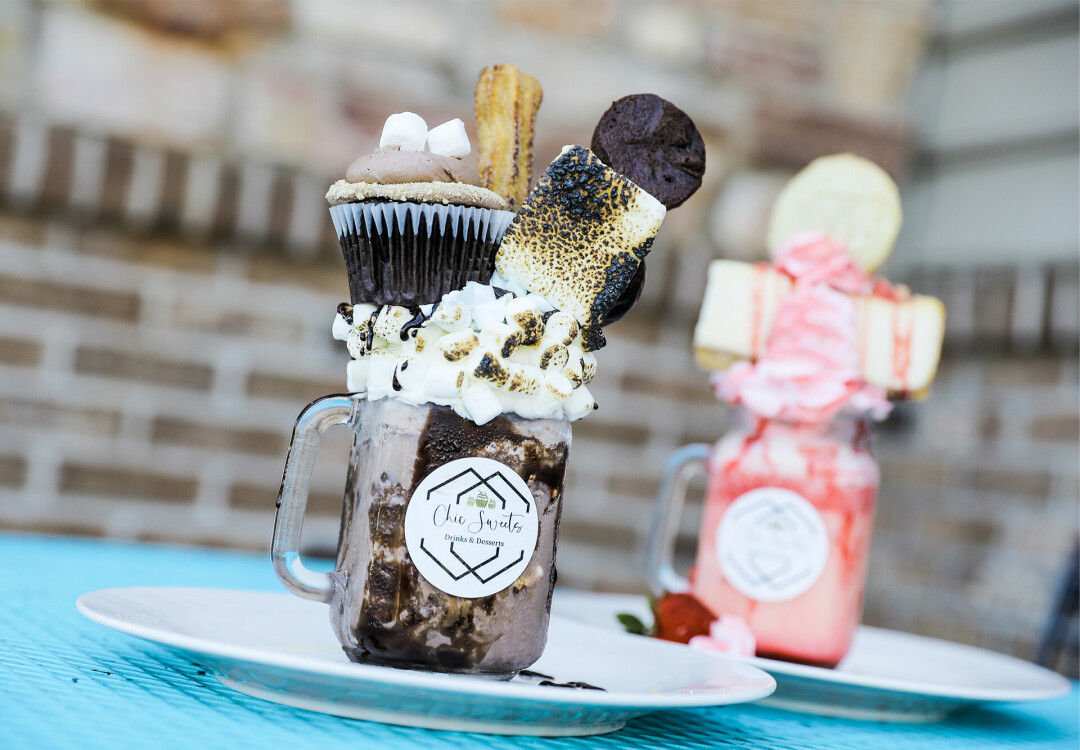