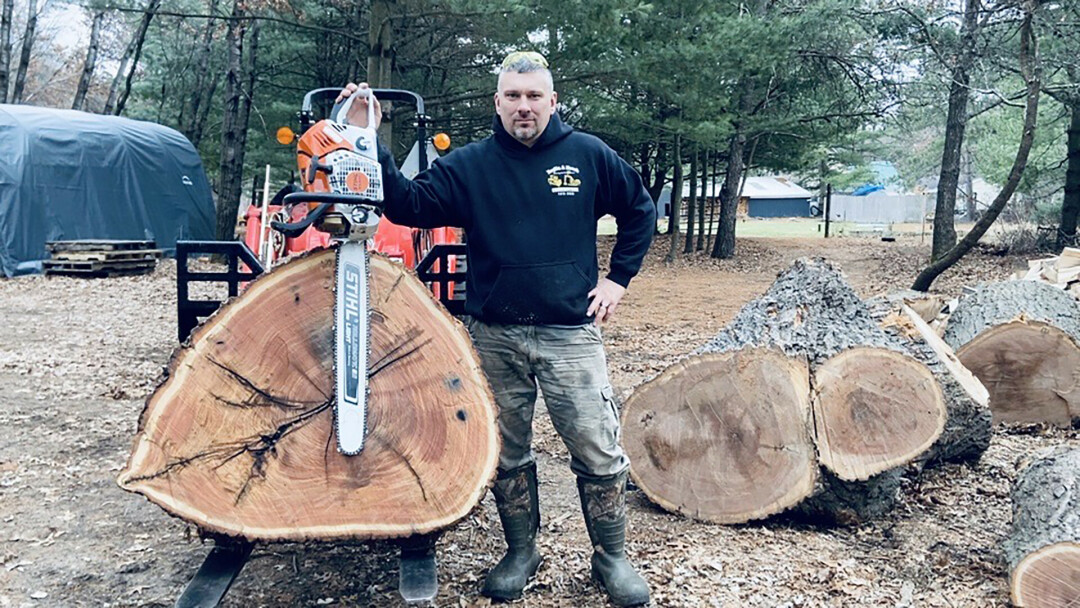 TIMBER! This local has a huge following on his Youtube by showing off his firewood routine. (Submitted photos)

Eau Clairians definitely know how to enjoy themselves around a fire – we are northerners, right?  Some of us, though, take more of an interest in firewood than anyone else around.

Dan Schaffner, a Chippewa Valley local, is often better known as “Shifty,” and hosts a YouTube channel all about firewood – and he’s on fire. Back 40 Firewood posts videos of Schaffner’s firewood routine: cutting, sawing, splitting, and just about everything else you could imagine. The everyday firewood creation process has garnered attention: the channel has over 17,000 subscribers, and a large following on social media.

“It’s been a crazy, wild adventure,” Schaffner said.  While the channel booted up a few years back, Schaffner has been cutting firewood his whole life.

Growing up, Schaffner learned to chop wood for his family’s outdoor wood-burning boiler – and as an adult, he’s kept one too. After he began to sell his firewood by the side of the road, he figured he might as well film some of the firewood-making processes too. Within four months, the channel had over 1,000 subscribers. From there, the fire for Back 40 Firewood just grew bigger.

I think it’s just in our DNA.

People love gathering around a fire, becoming a community. I mean, it is kinda crazy, but people like to watch people work. 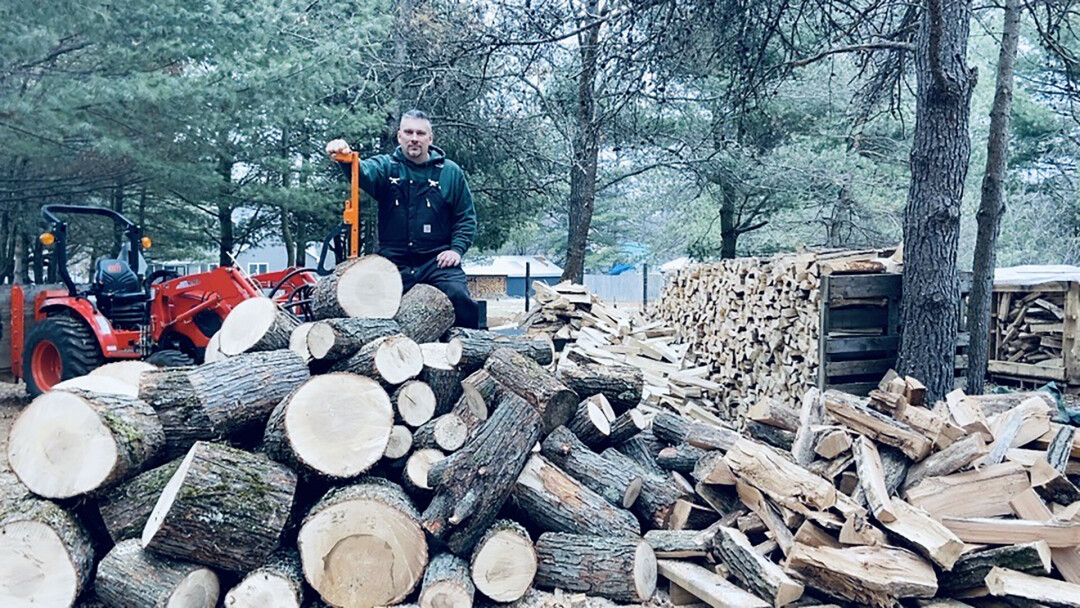 “I think it’s just in our DNA,” Schaffner said. “People love gathering around a fire, becoming a community. I mean, it is kinda crazy, but people like to watch people work.”

An average Back 40 Firewood video will be filled with precise angles of saws, logs, and wedges, splitting up wood and trooping around the workspace. Schaffner said that while he works every day, if he films, then his tasks will take much longer to complete, setting up cameras and sound. That being said, he doesn’t plan out content: whatever he’s doing that day will get filmed, and videos are posted three times a week.

As the channel's popularity has grown, so has the Back 40 community. Schaffner co-hosts a podcast, The Wood Hounds, and recently hosted the second annual Midwest Firewood Frenzy, a day-long event connecting firewood lovers in person.  Attendees came from as far as Alabama to meet Schaffner and other enthusiasts. While Back 40 Firewood’s influence and base may be far-reaching, Schaffner said he is always appreciative of his local presence and fans in the Chippewa Valley.