with the heat of summer upon us, here are some new ways to keep the rays off of you 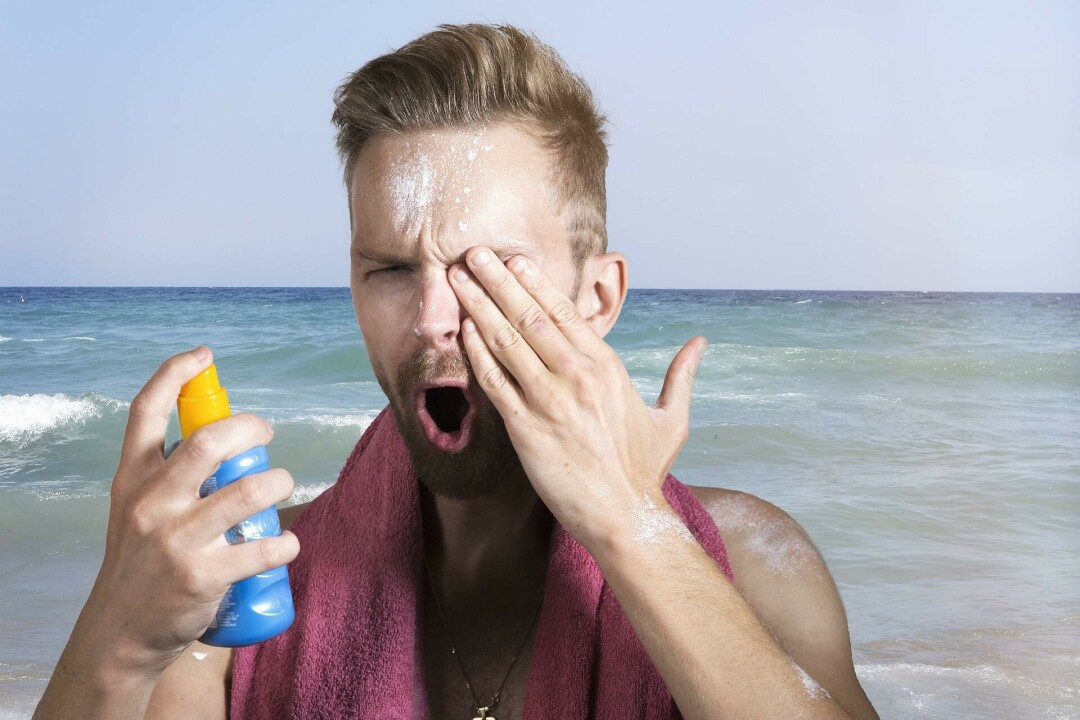 MY EYES! These suggestions may be crazy (very crazy) but they are 100% mostly effective. (Photo via Pixabay)

Some may say this is extreme, but they can’t say it’s not effective – especially during the long hours of daylight in a Chippewa Valley summer. To make this plan completely foolproof, you would also need to invest in some black-out curtains and make sure those are closed at all times. But you’d have to order those online.

I think you know which hats I’m talking about. Not only are these babies super stylish, but they’ll keep your head and shoulders completely protected.

3. Don’t rub in your sunscreen.

You know that stereotypical tourist who has the sunblock on his nose that isn’t rubbed in? Think that, but replace “nose” with “your whole body.” It’ll give you that natural glow look all day (or at least until you reapply).

4. Passive aggressively tell the sun not to burn you.

We Midwesterners only do one thing to absolute perfection: passive-aggressively letting someone know we’re unhappy with them. Try this strategy on the good ol’ sun. Example: “If you have to burn me, that’s fine. But I was really hoping to not get burned since I have plans tomorrow. No pressure, though.”

5. Stick to the shadows.

Become a true night stalker. This one is really easy and everyone can do it. When walking anywhere outdoors, stick to the shadows. If there is a gap between one shadow and the next, then you’ll have to book it to the next spot of shade. Simple.