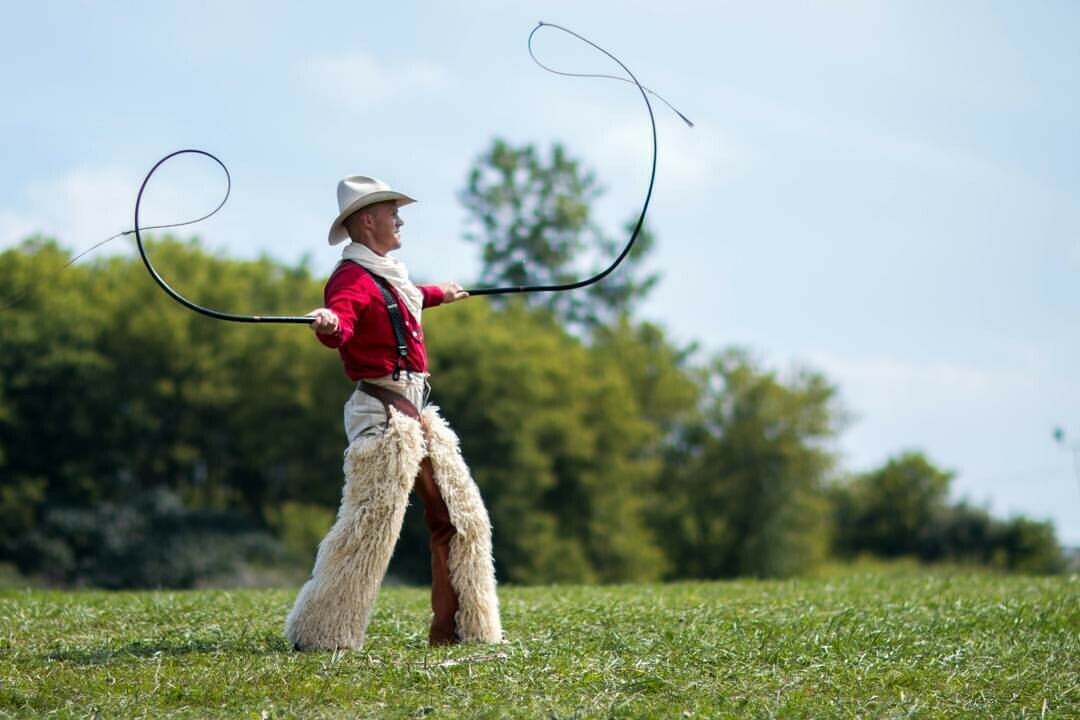 Chippewa Vallians has long known that Fall Creek resident – and multiple world record-holder – Adam Winrich certainly has talent, and now viewers of a hit NBC series will see that, too.

Winrich will appear on an episode of America’s Got Talent that will air Tuesday, July 12 (in Eau Claire, tune in to WEAU at 7pm).

Winrich is no stranger to the spotlight: He makes his living as a whip cracker, performing his fire whip show at festivals nationwide. Over the years, he’s amassed 23 Guinness World Records, including Most Candles Extinguished with a Whip in One Minute (102) and Loudest Whip Crack (148.7 decibels).

In a Facebook post, Winrich says he auditioned for the show in April. “For this attempt, I put together a new routine,” he wrote. “I got a lot of help from my friends and my wife, putting in a lot of rehearsal time.”

Winrich on an upcoming episode of America's Got Talent. (Submitted photos)

He added: “There’s a lot I could say about my attempt, but the show limits how much I can reveal before it airs. I can say I had a great time and if anyone has a chance to do the show, they should go for it.”

Winrich is currently performing at the Bristol Renaissance Faire in Kenosha, which runs every weekend through Labor Day. You can also catch him on his website and social media channels, where recent videos show feats such as throwing knives while hula-hooping and playing “Ode to Joy” on the harmonica while whipping and hula-hooping. He’s also working on his next submission to the Guinness gurus: An attempt to set a world record for Heaviest Whip Cracked (46 pounds).

Oh, and if you want to see a classic Volume One video of Winrich’s skills, check this one out: