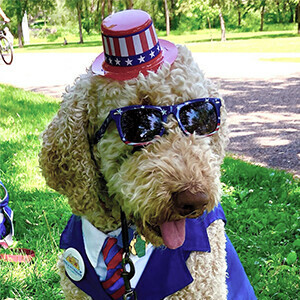 Nelson the Doodle at the Doll & Pet Parade. Photo contributed by his "mom," Kelly.

The Chippewa Valley's Grand Animal, Nelson the Doodle, served as the Grand Marshall at this year's 75th Doll and Pet Parade after being voted in by the community. The Clear Water Kiwanis Club, where his mom/owner Kelly also volunteers, has put on the Grand Animal contest for two years now, and Nelson has entered both times. For the remainder of Nelson’s tenure, he can be found “working” most mornings Monday-Thursday with his mom at United Way of Chippewa Valley, going for walks in the Eastside Hill neighborhood, listening to the tunes at Sounds Like Summer in Phoenix Park, and completing his duties as a therapy dog. 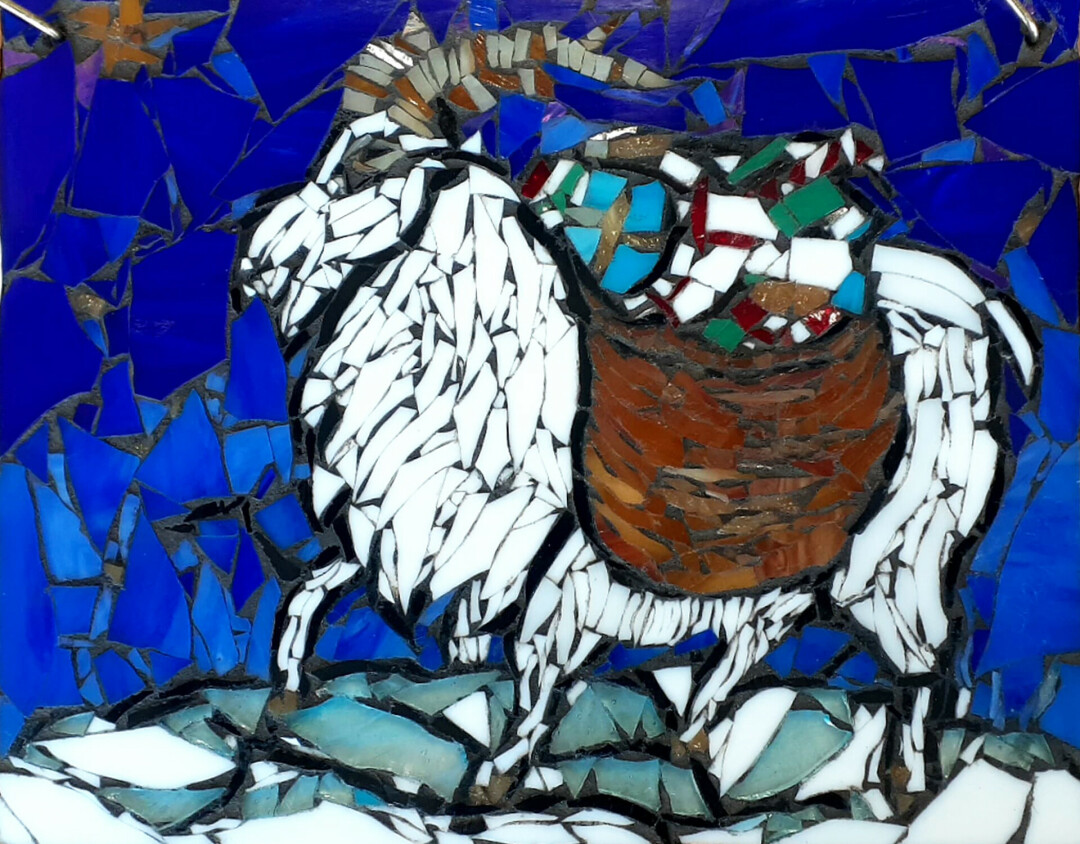 Peter D'Souza, a local artist and retired UW-Stout professor, got his start in this particular art form about 10 years ago as an assistant to a mosaic artist. After perfecting his own skills he went off on his own, continuing to create while also teaching any student who is interested in making stained glass mosaics. His classes are free, the only charges being for the cost of materials. The process takes skill and patience, involving several steps, totaling a few days of work to allow for product drying and whatnot. And yes, D’Souza takes commissions: You can reach him via Facebook messenger! 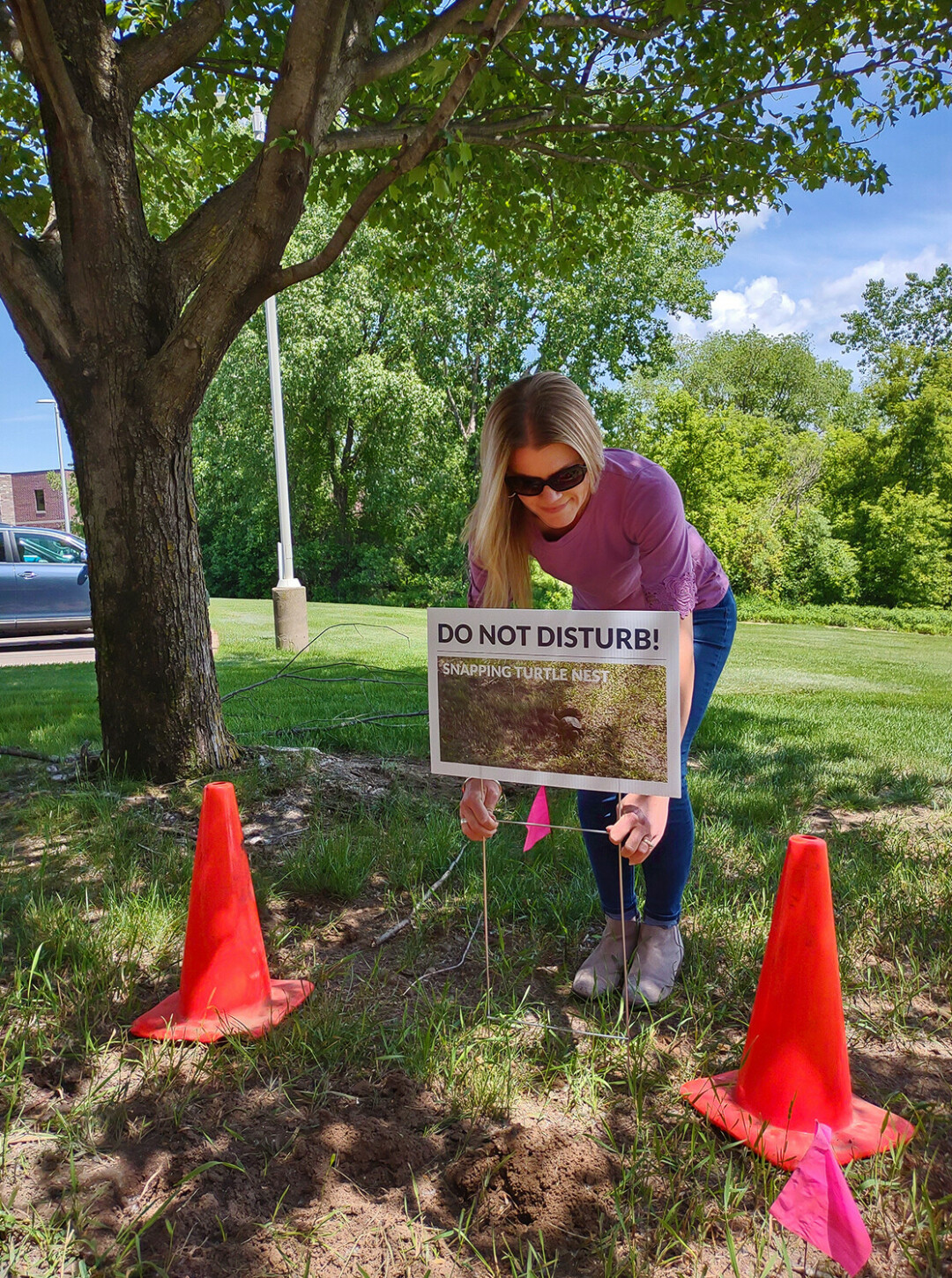 Local Ayres Associates employees, Jen Schmidt and Paul Braun, can now add “turtle-savior skills” to their resumés. On June 6, Ayres’ Director of Marketing Sue Leith looked out of her second-floor office window to see a large snapping turtle, who appeared to be digging in the lawn. Calling over Schmidt and Braun to take a look, they realized the turtle was laying eggs in the soil just outside the office. Schmidt, who already had some turtle experience under her shell, took action to ensure the lawn crew wouldn’t run right through the nest. A bit later, Braun spotted another turtle in the area, which the duo relocated to nearby Bullis Pond. Later that week, Schmidt had a sign printed to inform passers-by to steer clear of the nesting area. Braun will soon set up a time-lapse camera nearby to hopefully capture a glimpse of the soon-to-hatch “little snappers” emerge from the nesting area, likely sometime early September.