POOLING SUPPORT: Committee Created to Try to Save C.F. Pool 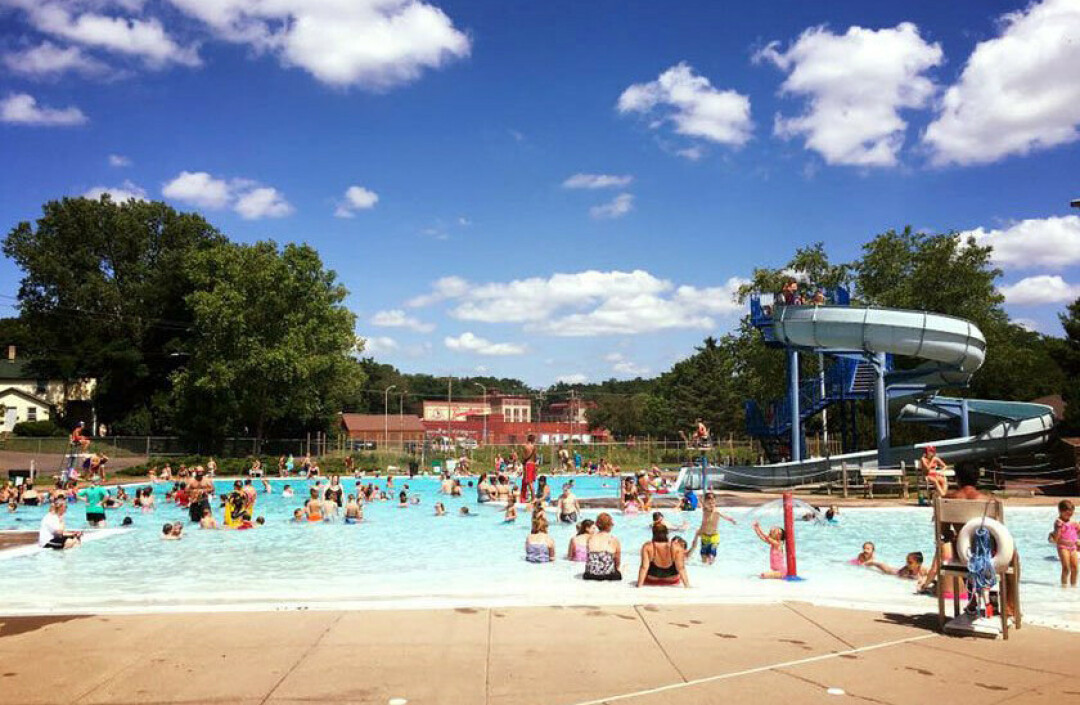 A COMMUNITY EFFORT. The CF City Counsel approved a committee to come up with solutions to the Bernard F. Willi Outdoor Pool's problems.

Since April, a community controversy has swirled around the planned closure of the Bernard F. Willi Outdoor Pool in Chippewa Falls. Since then, two Chippewa Falls residents –Katie Crise and Alyssa Van Duyse – have worked hard to form a committee to come up with a solid plan to keep the pool open.

In April, Chippewa Falls Parks and Recreation Director John Jimenez told the Chippewa Falls City Council that the pool would cost roughly $4 million to $6 million to repair. He said that there needed to be a serious look at the issues with the pool and that permanent closure was an option. However, the City Council never took an official vote to close the pool.

After this discussion on closure, Crise jumped into action by starting a petition to save the pool and launching the Save Our Pool Grassroots Group. The petition has received over 1,300 signatures and the Facebook group has more than 500 members.

“I didn’t even know I was passionate about the pool until they said they might get rid of it,” Crise said. “I grew up here, and I have two little girls at home. I want them to have the same memories I did going to the pool and being outside.”

I didn’t even know I was passionate about the pool until they said they might get rid of it.

I grew up here, and I have two little girls at home. I want them to have the same memories I did going to the pool and being outside.

Van Duyse saw Crise’s efforts and knew immediately she wanted to jump in and help in any way she could.

“After I found out that the City Council was considering not having a pool in Chippewa Falls, I actually couldn’t sleep,” Van Duyse said. “I know that sounds really weird but I’ve been a water bug since I was a kid and I want other kids to be able to enjoy that as well.”

The duo went to the next City Council meeting with about 30 other people and requested a committee be formed to come up with other solutions to the pool’s problems. They wanted the committee to include City Council members, park board members, and city residents. The council took the idea under consideration but did not agree to it at the time. Crise and Van Duyse showed up to every subsequent City Council and park board meeting to make sure the members knew they weren’t going anywhere and that they weren’t backing down.

“Really for me, it’s a safety issue,” Van Duyse said. “I have helped people when I felt like they were in distress in the water and I want other people, not just kids, to feel that confidence in the water as well.”

On June 14, the City Council approved the committee, which was to be overseen by Jimenez, who asked Crise to be a part of it.

Though the committee hasn’t met yet, Crise and Van Duyse already have plans they’d like to initiate to add more lifeguards and to create a business plan for the pool. This includes a lifeguard feeder program at the local high school, where a teacher has already agreed (pending school district approval) to have a class where students can get lifeguard training and certification to teach swimming lessons. The class would then feed into summer jobs at the pool, with the goal of easing the lifeguard shortage.

Many people have expressed concerns over money, such as a possible tax increase and the fact that the pool doesn’t receive much revenue. Van Duyse has expressed that there is no intention of raising city taxes, but rather to pursue fundraising in the near future. She also conducted research by calling the directors of the public pools in Eau Claire, Menomonie, and Marshfield, who all told her that pools rarely make money in the Midwest.

“So we know this is not a money-making venture, but our communities are not just about making money, it’s about a service to our community,” Van Duyse said.

The two have expressed that the way you can best help this cause is by going to the pool this summer and showing the city that not only is it used but that it is well-loved by the community. In the future, there will likely be fundraising efforts that will need community support as well.

To learn more about this group, join them on Facebook (@ Save Our Pool - Chippewa Falls).