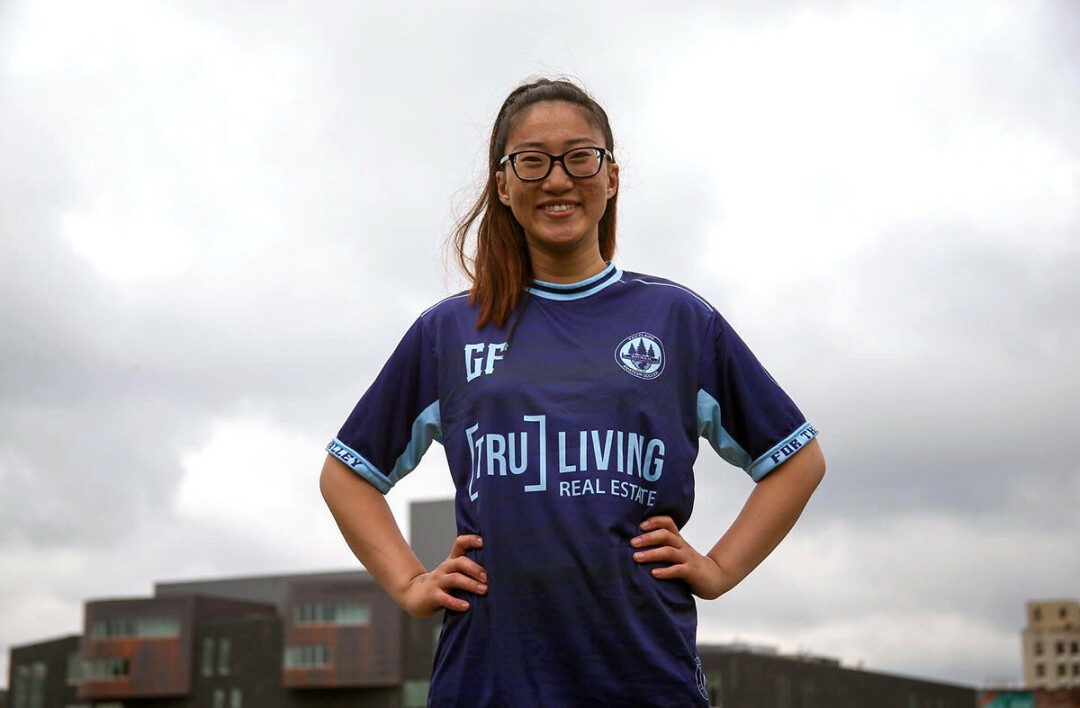 #HERGAMETOO. Grace Frank, a coach for Bateaux FC, an amateur soccer club in Eau Claire, is part of an international campaign against sexism in the sport. (Submitted photo)

Long-time soccer player, coach, and fan Grace Frank is leading the HerGameToo partnership with Bateaux FC, one of the Eau Claire area’s amateur soccer clubs. Currently the club’s goalkeeping coach, Frank has played and coached since she was a sophomore at Eau Claire Memorial High School.

HerGameToo is an international campaign to end sexism in soccer. Created and run by female soccer fans, the campaign’s goals include championing women players, coaches, and fans; raising awareness of sexism within the sport; building communities where everyone feels welcome to enjoy the sport; campaigning against online abuse; and building relationships with soccer clubs. 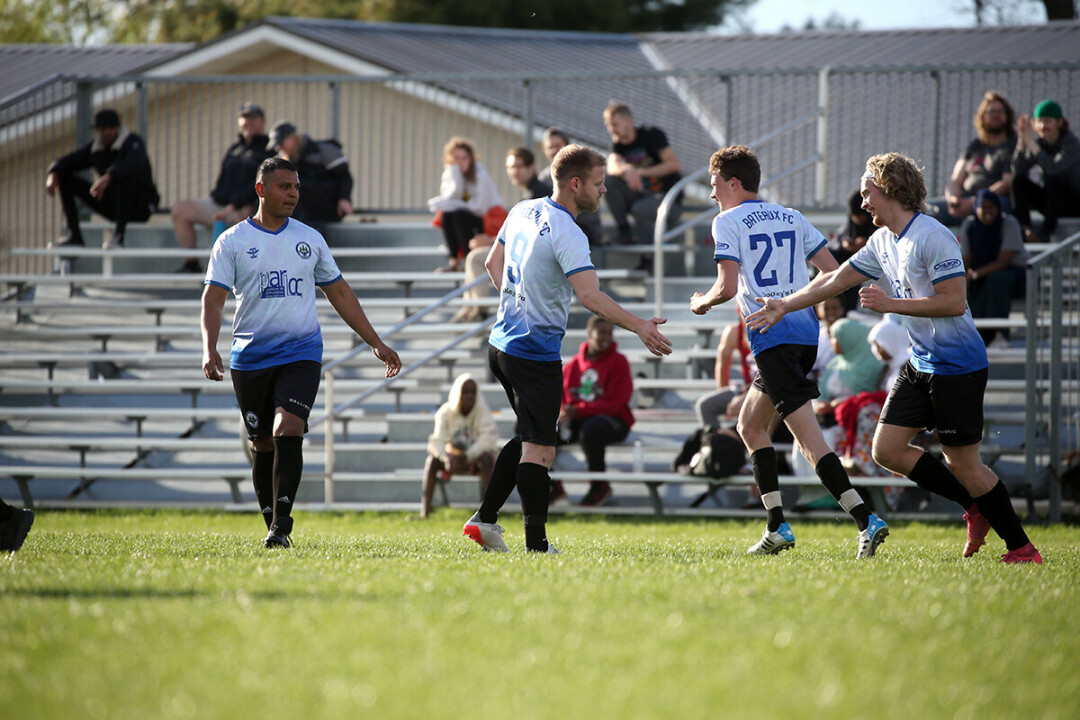 Bateaux FC is an amateur soccer club based in Eau Claire. (Submitted photo)

As one of the first Club Ambassadors in the United States, Frank will be speaking at events and games to introduce the campaign and ways in which people can get involved.

“Eau Claire is a great place for this type of work,” she says. “It’s a progressive city with people who are really open to building a community where everyone feels welcome.”

As part of the campaign’s focus on inclusivity, Bateaux FC is exploring ways to celebrate and support Pride month and other local groups and activities. More details will be available online as the club’s development of the campaign progresses.