Two E.C. Playgrounds Get Facelifts, With a Third to Follow

get those kiddos to these premiere play places 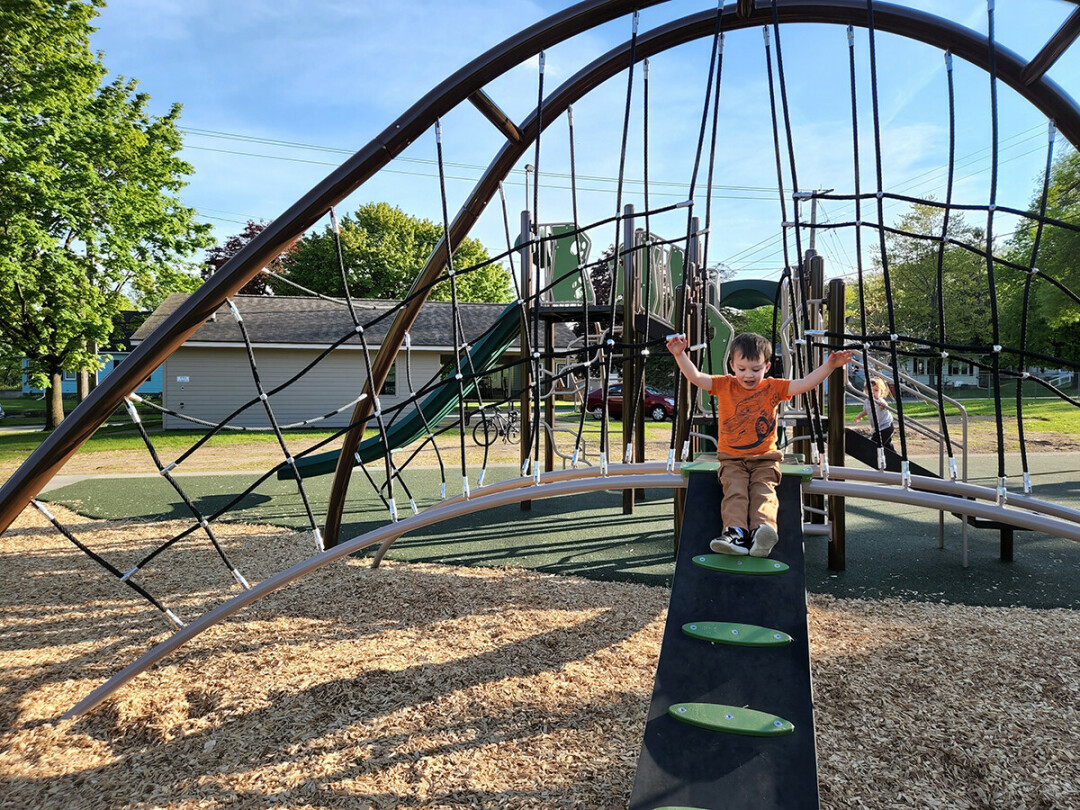 WHEEEE! A local youngster living his best life on the new equipment at Newell Park.

For those kiddos itching to play somewhere new, two Eau Claire playgrounds have gotten facelifts, with a third to come by late summer. Newell Park on Michigan Street in the Shawtown neighborhood has a new playground that is further removed from busy Ferry Street, replacing an old structure that will be removed. Geared towards kids ages 5-12, the playground includes a unique climbing structure, slides, and new swings.

Also ready for play is McDonough Park, off Birch Street, whose improvements have been in the works for years. After local pickleball players raised the money themselves to convert the tennis courts into pickleball courts, additional money was raised for further improvements. The park has been transformed into an “active aging park” with amenities for folks of a range of ages. It now includes new play equipment geared towards ages 5-12, table tennis, exercise equipment (for ages 13+), and bag toss.

Boyd Park will be receiving a new playground as well, planned to be finished by the end of this summer. Boyd Park was the top vote-getter in the Empower Eau Claire program, in which members of the public voted to direct public funds to five city projects.