a personal story about growth and change 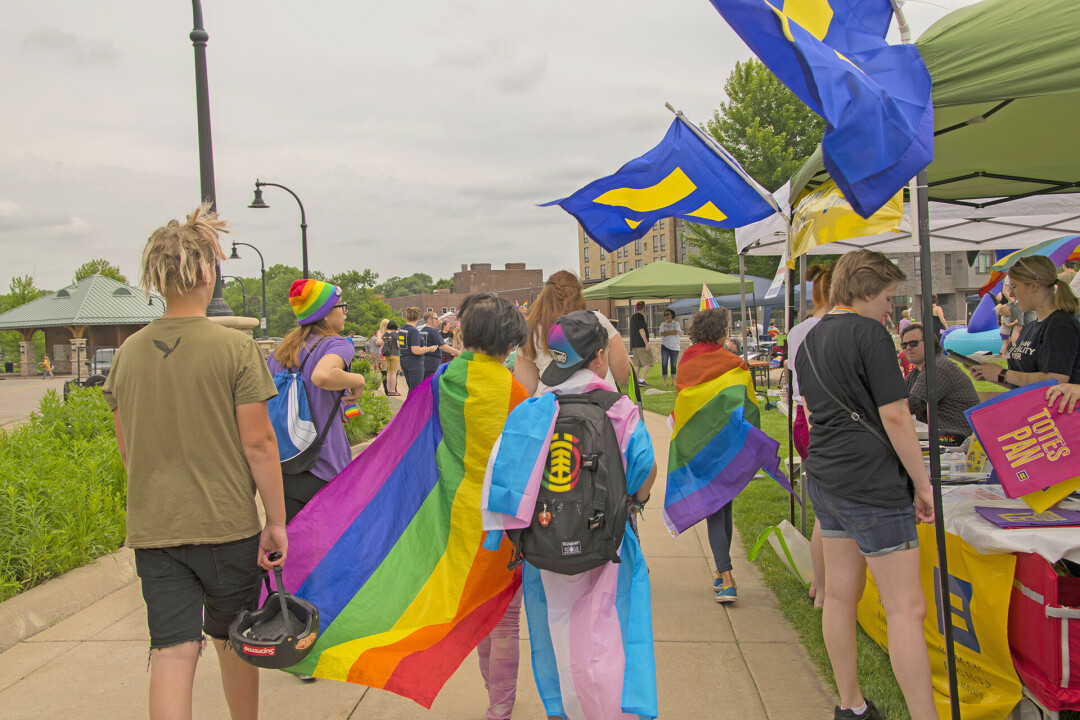 I need to say I’m sorry. That’s the most important thing I can say right now.

I used to make fun of you. I saw you as “less than.” I used gay slurs to describe things I thought were wrong or foolish. It wasn’t just because of my upbringing. I mean, sure, that’s there. Growing up, I was taught you were choosing to “be that way.” I heard about how God created Adam and Eve, not “Adam and Steve.”

Yes, things changed in my adult years. But while I stopped ridiculing you, I still saw you as deviant … unnatural. It was an ignorant position bolstered by arrogance. I pretended as though I perfectly understood a book written long ago in a dramatically different historical, cultural, and linguistic context. I used that “understanding” as a weapon.

A few years ago, my arrogance began to break. I started questioning my views on everything, including LGBTQ+ issues. I realized how foolish all my certainty was. My mind and heart were beginning to open.

During that period, I heard someone from my church say we should “take a hard line” on LGBTQ+ issues. In my youth, I would have agreed. But, in that moment, it just felt wrong.

In 2019, I felt “called” to attend the Pride Festival at Phoenix Park. My heart and mind continued to soften and open. I saw folks dressed in so many non-traditional ways, including in drag. I began to see how special it was that they had a safe place to be themselves. My heart was broken since such spaces should be the norm. I began considering how they, and you, may rarely feel safe.

My arrogance began to break. I started questioning my views on everything, including Lgbtq+ issues.

I realized how foolish all my certainty was.

While all this rethinking, the grace I’ve received, and my experience with Pride have helped me grow in how I see you, it’s actually you who have impacted me most. I see you love generously. I see you invest in your community. I see your goodness, and I want to be more like you.

However, with all this growth, there was at least one more necessary step to take.

I’ve listened to Greg Holden’s “Boys in the Street” numerous times. It has always moved me. A few months ago, I decided to share that song with my son. I was hoping to give him a glimpse of what our LGBTQ+ fam experiences. As we listened together, my emotions swelled, swirled, and surged. I thought about you.

It’s a song about a son and father. The father hears his son is out “kissing boys in the street.” He was ashamed, made light of his son’s identity, and encouraged him to hide.

He tried to change me

How could I do this to my family

Afterward, I tried to process the story with my son. I could not complete one sentence before I broke. I cried hard. I couldn’t speak. You were on my mind.

Eventually, I calmed down and could speak again. I shared why the song affected me so deeply. I was expressing grief, grief borne from deep regret. I was lamenting how I wronged LGBTQ+ folks.

Looking back, it reminds me of the days when I’d run to the church altar to express guilt and shame for my sin. Honestly, I think it was the same thing. I was lamenting my sin against you.

We sit in silence but we’re smiling

Because for once we are not fighting

There was no way of knowing ‘cause all I was taught

Is men only love women, but now I’m not sure

My son, keep kissing boys in the street

Even now, my eyes are filling up.

So, to you, my LGBTQ+ fam, I’m sorry. I’m sorry for my ridicule and degradation. I will not do those things again.

May this month’s Pride celebration open more hearts and minds. More importantly, may Pride bring YOU joy, peace, and safety.