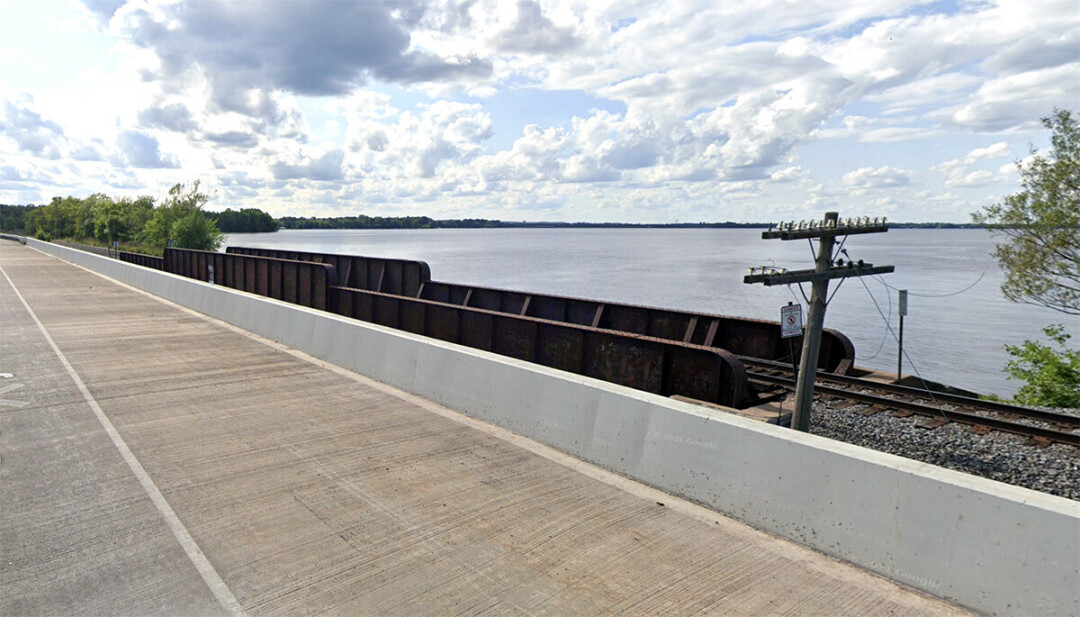 CHUGGIN' ALONG. The "Raise the Bridge" is aimed to allow easier access between the two sides of Lake Wissota by raising the height of the railroad bridge, which runs parallel to County Highway X. (Photo via Google Street View)

The Raise the Bridge project centers around the railroad bridge off of County X, which helps split Lake Wissota into its “Little” and “Big” portions. The project’s goal is to pay for a project to raise the bridge to create easier access between each side of the lake.

“Imagine if we raised the bridge on Lake Wissota so that you could toggle between the small and big lake to visit family, friends, and of course your favorite beaches and restaurants,” the project’s Facebook page described. “Safety to boaters, EMT rescue, and winter recreation like snowmobiling or ice fishing. The opportunity has arrived, and our goal is to raise $286,000 to raise the railroad bridge!”

Town of Lafayette Chairman David Staber explained the near $290,000 price tag accounts for the actual raising of the bridge, which would be done in four-inch increments until the maximum height increase of 18 inches is reached.

For safety purposes, raising the bridge in small increments allows for maintaining the stability of the railroad track as well. The 18-inch mark was chosen as it is the same clearance as the neighboring Highway X bridge. However, if at any point during the construction a point is reached of less than 18 inches that is deemed the safest height possible, they will stick to that height.

Staber said although the idea to allow easier passage between the two sides of Lake Wissota had been around for years, it wasn’t until Rob Brown, owner of Lake Wissota restaurant The View, “had a chance encounter with a railroad employee” that the project truly got a kickstart.

“I met with Rob along with members of the Chippewa Falls Chamber to start this discussion about a year ago,” Staber said. 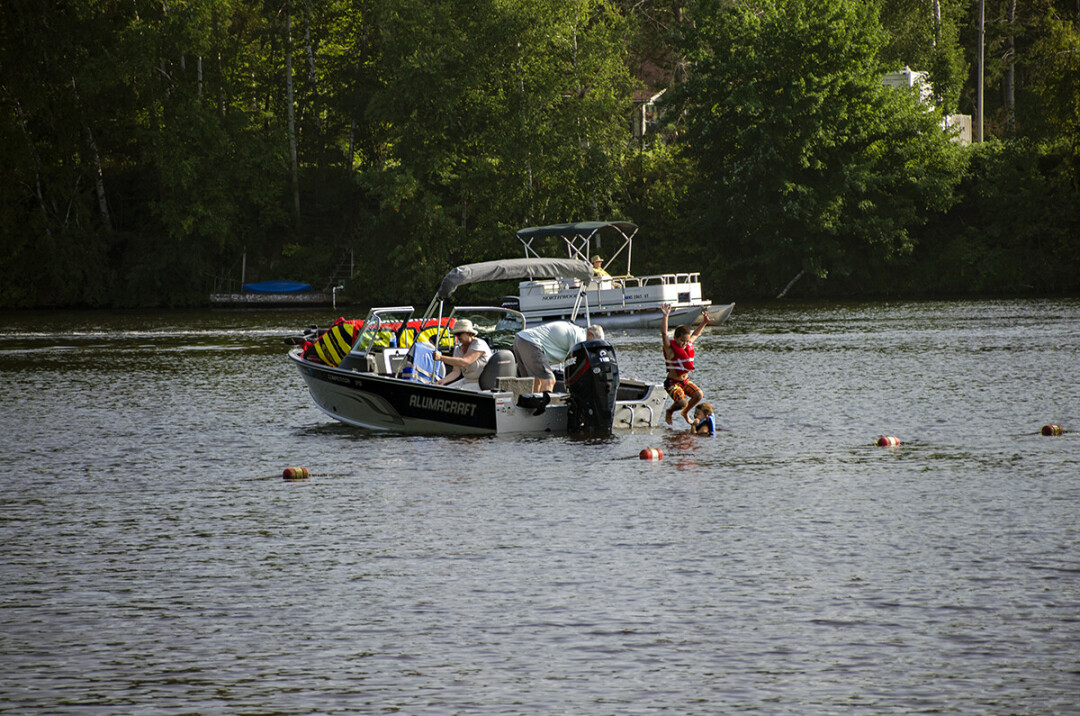 WHAT A VIEW. Lake Wissota is a popular spot for year-round recreation. (Photo by Sam Boos)

Already set up for success through the Canadian National Railroad’s and Chippewa Falls Chamber of Commerce’s collective “OK” on the project, the last task to complete before construction can begin is raising the necessary funds. The entire cost of the project must come from donations per the agreement with the railroad.

Staber said minimal opposition to the project has occurred, some concern coming from property owners near the small lake over the possible increase of traffic on it. However, Staber believes the opposite will occur, with the bridge raising allowing for more activities to occur over on the big lake instead.

Once the $290,000 goal is reached, the township will give the CNR the go-ahead to begin the project. With luck, that will happen this fall.

“So far we have had great support, but minimal contributions. Four restaurants on the small lake and one on the big lake have committed to holding fundraisers for this project.”

One of the supporting restaurants, SandBar and Grill, raised just over $500 for the project on Sunday, June 12.

Jessica Conley, general manager of the SandBar, said the business chose to get involved because they truly want the area to be as enjoyable as possible for their customers.

“We just want to make the lake as enjoyable and safe as possible for our patrons,” Conley said. “It will give our customers more freedom, and easier access for the local fire department and rescue if needed as well.”

To donate to the Raise the Bridge fundraiser, see their GoFundMe. For further information on the project and dates for informational sessions, see the project’s official Facebook page.