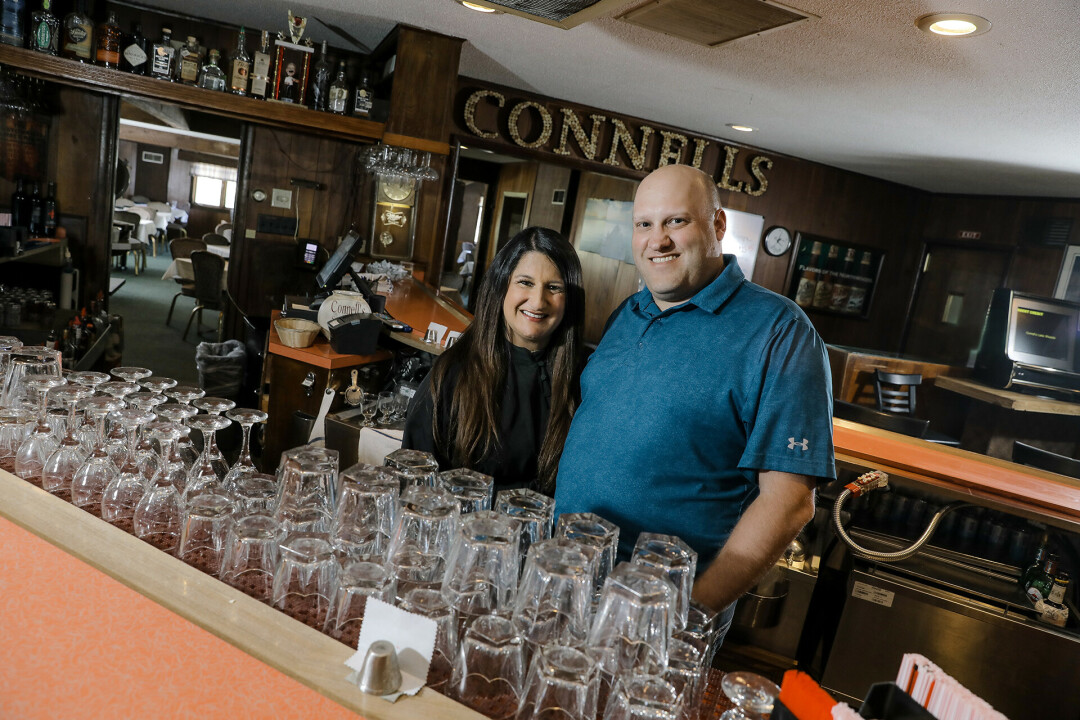 After purchasing Connell’s Supper Club in Chippewa Falls 34 years ago, Lynn McDonough is retiring and passing the restaurant reins over to a long-time friend and employee, Randi McVinnie.

As many of Lynn’s friends and colleagues put it, he is a legend in the restaurant industry. Lynn was president of the Wisconsin Restaurant Association for several years, and has run many restaurants: At one point he oversaw seven at one time.

Not only has he been successfully running Connell’s Supper Club and Connell’s Club 12 for decades, but he has also been instrumental in helping other restaurants in the area get their start.

“I’ve learned so much from him,” said Neal Wellner, a long-time employee and general manager of Connell’s Supper Club. “But really we’ve learned from each other. He is the type of boss that really listens to his employees.”

His great relationship with his employees is evident in the amount of time many have worked under him: For some, that’s been more than 25 years.

We are just very humbled by the opportunity to own these restaurants.

Lynn could have picked anybody in the world, but we just know the big shoes we need to fill.

“You just don’t see that in the restaurant industry,” said Carol Lien, general manager of Connell’s Club 12, who has worked with Lynn for 31 years. “It just goes to show what a great guy and great boss he is.”

One of the new owners, Randi McVinnie, has spent 20 years in the hospitality industry, grew up right behind Connell’s Supper Club, and has known Lynn her whole life. Randi even worked for Lynn briefly at the airport as a waitress and hostess.

Lynn had approached the couple about taking over Connell’s because he knew that Randi and her partner, Jeff Olson, would maintain Connell’s legacy the way he would want. At first, they were hesitant but then realized it just made the most sense, given their close relationship with Lynn.

“We are just very humbled by the opportunity to own these restaurants,” McVinnie said. “Lynn could have picked anybody in the world, but we just know the big shoes we need to fill.”

All of their ideas for Connell’s in the future are about enhancing what is already there instead of changing things. They will be adding pork, steak, and dumplings to the menu and continue to showcase local vendors and purveyors. There will be new signature desserts, a made-from-scratch German potato salad on Friday nights, as well as an expansion to their wine menu.

“We really love our community and we’re excited to keep these traditions alive,” Olson said. “We know how important Wisconsin supper clubs are to the area, and we want to keep that going.”

Connell’s runs deep for many families in the area and even some who travel from far away to enjoy the food and atmosphere. Lynn’s legacy will continue to live on through both the Connell’s clubs and the community as a whole.

To learn more about Connell’s and any new changes, check out their Facebook pages (Connell’s and Connell’s Club 12) and their website connellssupperclub.webs.com.