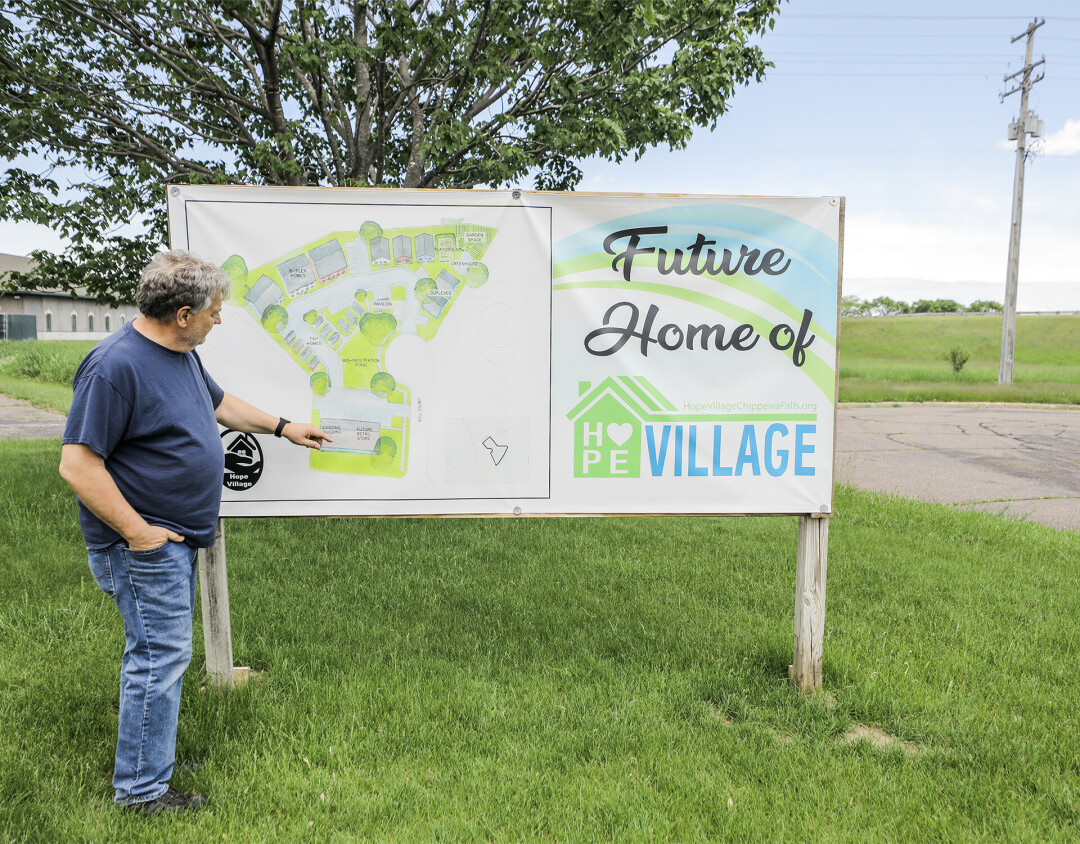 Hope Village, a nonprofit organization in Chippewa Falls offering  free temporary housing in the form of “tiny homes,” first launched in 2016 after the city’s only homeless shelter closed in 2014.

Continuing its original mission to guide its temporary residents toward stable shelter, community mentoring, and education, the organization is seeking funds to enhance its Hope Village community. This plan, called the Welcome Home Capital Campaign, includes the construction of multi-bedroom homes, handicapped-accessible units, a playground for children, and so much more.

Currently, about 60 volunteers are working together on the campaign’s materials. Crescendo Fundraising is managing the project, having successfully completed more than 40 other capital campaigns over the past two decades.

Each tiny house is a single-room home ranging from 8-feet-by-12-feet, 8-by-15, 8-by-20, to 8-by-24 in size. Each contains a bed, a chemical toilet like those found in RVs, and a kitchenette with a microwave and mini fridge. 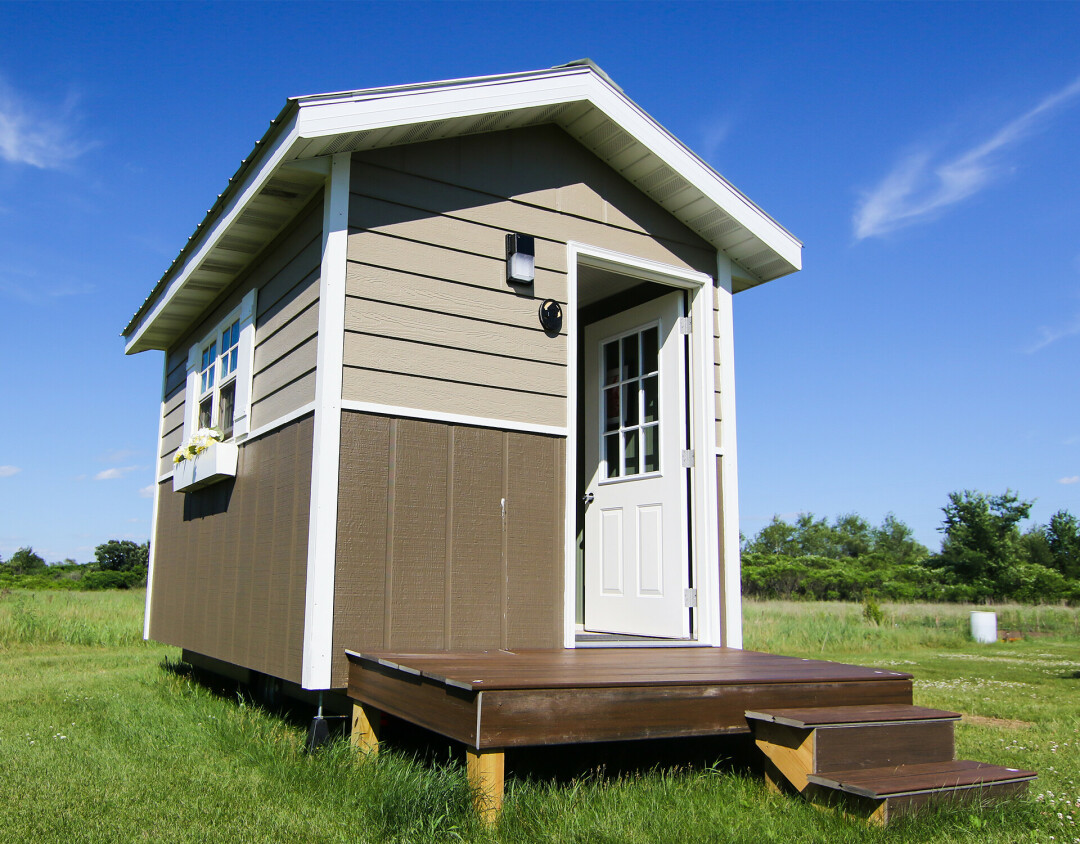 TINY HOMES, BIG IMPACT. One of the original Hope Village tiny homes, which are built thanks to the help from volunteers.

The campaign is split into three phases: The first, which has already been completed, involved planning and research; the second, currently underway, includes securing 2.5 acres for the project (which has already been secured) and receiving a nearly $1 million grant for key things, including funds for the completion of Hope Village’s initial vision of 10 tiny homes supported by a community center.

Phase three is where a $2.7 million goal comes into play. Originally projected at $3.4 million, the project’s estimated costs have gone down to $2.7 million, including funds for additional unit-building alongside supporting infrastructure and funds for a job-training workshop space.

Ultimately, Hope Village envisions a community entirely free from homelessness. A hefty goal, the $2.7 million campaign would be a sizable step in the right direction if funded and completed.

The campaign has four main goals:

Hope Village Director Mike Cohoon said about 100 individuals and 60 different households have been housed by Hope Village’s 10 tiny homes over the past few years, including five 18-year-old high schoolers, four newborn infants, and families of all ages.

Over the last six years as we have provided guidance to our guest(s) to help them find rental units, it became very clear to us that the Chippewa Valley has a severe lack of housing at all price levels, but especially units that could be considered affordable for that population that is struggling financially.

While COVID-19 had a worldwide impact, it affected specific populations disproportionately, including those who were already facing housing and financial insecurity prior to the pandemic. For guests living in the tiny homes, new challenges arose directly due to the pandemic.

“When a community has a segment of its neighbors struggling, it affects everyone,” Cohoon said.

As described in the campaign’s budget rationale document, when the local YMCA closed – making its laundry facility and showers inaccessible – Hope Village had to find alternatives for guests to use to shower and wash their clothes. Part of the capital campaign solves this identified issue, creating a community center to meet those needs and more right in the tiny homes village.

The community center is already underway at 1825 Kennedy Road, to be completed by the end of July. 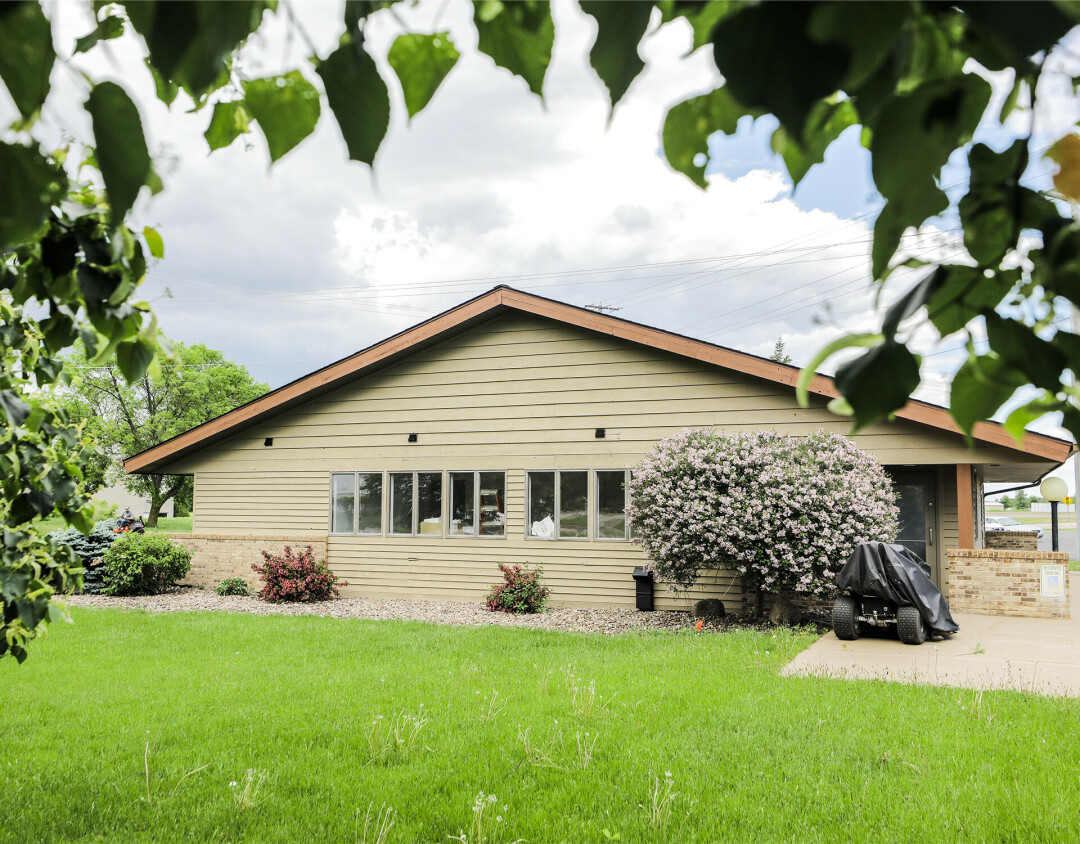 WELCOME HOME, COMMUNITY CENTER. Part of the Capital Campaign's second phase is to remodel an existing building to fit the needs for the future tiny home community, that building pictured above. It is slated to be complete by the end of July this summer.

Overall, the Capital Campaign will provide about 30% of the funds needed for the future affordable housing units, which ideally will complement funds from grants Hope Village is currently pursuing, which will provide roughly 70% of additional funding needed for rental units.

housing those without shelter changes the trajectory of their lives.

Cohoon said the nearly $1 million COVID-related grant awarded by the City of Chippewa Falls and the Chippewa County Housing Authority during phase two was used for a couple of specific things, including funding to create the community center which allows for four new restrooms, three of which will have showers. It will also have a laundry and kitchen space, offices, a conference room, a community room, and a storm shelter.

The $2.7 million in phase three will provide a portion of the funds for the creation of five duplexes and three six-plex units, totaling an additional 28 one-, two-, and three-bedroom units, built over the course of five years. All will be considered affordable housing units, Cohoon said, and Hope Village will continue to seek grants and project support from donors over that time period. 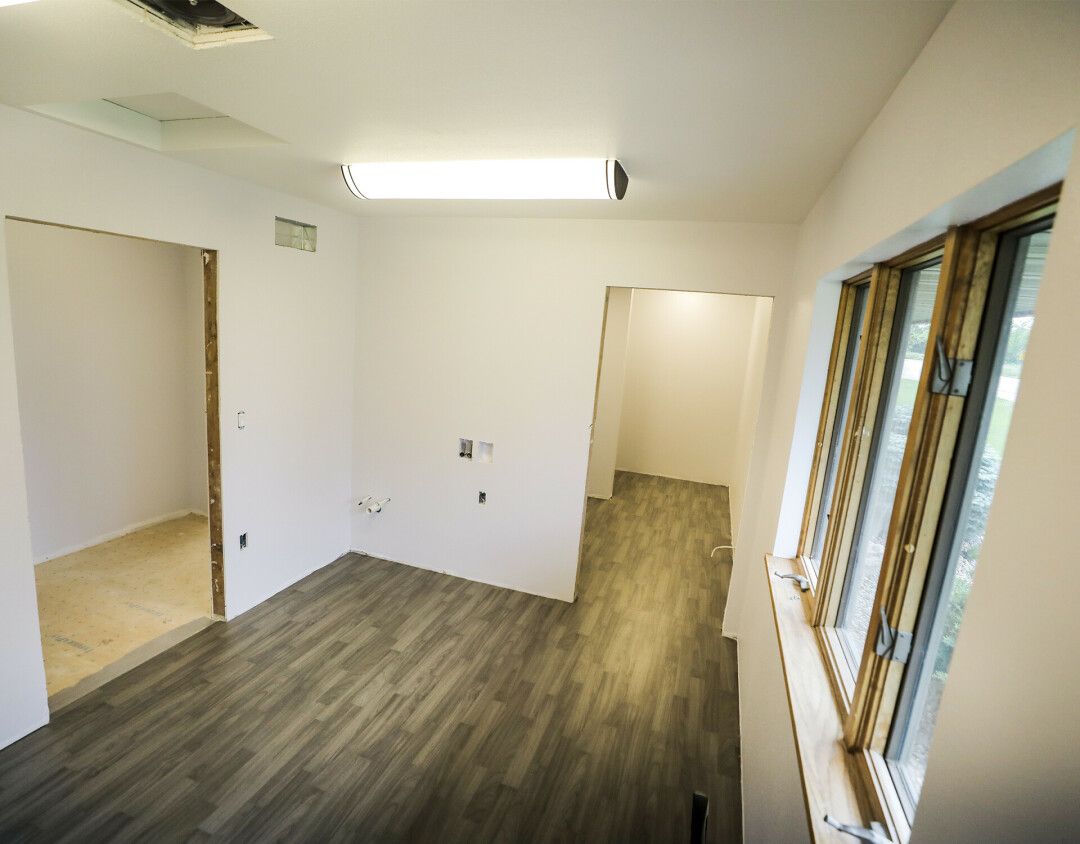 HOPE'S FUTURE. With the addition of multi-bedroom affordable housing units and a supporting community center, Hope Village aims to be a self-supporting, free-to-residents community.

Supporting infrastructure also funded during phase three will include sewer, water, and electrical resources, parking sports, a greenhouse, and more. Additionally, the workshop included as part of the final phase would be a space for job training and leisure activities such as woodworking, and will allow for a place to build more tiny homes which could become an income source at some point.

According to research compiled by the Chippewa County Council on Homelessness and Hunger, between January and December 2021, 2,685 individuals in the county sought housing stabilization services; That’s 224 people per month. That average has more than doubled since 2020, when it was 99 individuals per month.

Becoming unsheltered is not necessarily a result of misbehavior. It can be a result of a car breaking down. All it takes is one thing going wrong and you are out of a home.

However, as Hope Village points out, these numbers are not wholly representative of the full picture of homelessness and housing insecurity in the area. For example, rural homelessness is often unrecognized.

"Having a safe and secure place to live reduces visits to emergency rooms on bitterly cold nights. It helps those that seek recovery and betterment to succeed,” Cohoon said. “It helps those looking for work to get a good night’s sleep, and have Wi-Fi access for completing applications. It allows them a mailing address.”

The county government does not have a mandate to provide housing for its unsheltered citizens, so there isn’t funding in its budget for this type of housing support, and counties are not legally allowed to contribute to nonprofits. However, Cohoon said the community truly has supported Hope Village’s cause and residents over the years.

“The citizens, churches, businesses, civic organizations of Chippewa and Eau Claire counties have been very generous over the past six years,” Cohoon said. “The county and municipalities are underfunded and understaffed. Hope Village want(s) to help them in what they do as they work with foster families, those that are aging and without resources, young families that are struggling, and those struggling with mental illness.”

Hope Village is confident it will be able to raise the amount of funds necessary for phase three of the project as there was strong interest shown in support during pre-campaign committees, and applying for grants will be a continuous effort during the project.

To read up on Hope Village and learn more about the nonprofit as a whole, head over to their website. For specific answers to the whys and hows of the Capital Campaign, as well as how to volunteer and/or donate, see Hope Village’s extensive FAQ.